The Toyota Hilux AT33 is a special edition for Europe, rival of the Ranger Raptor 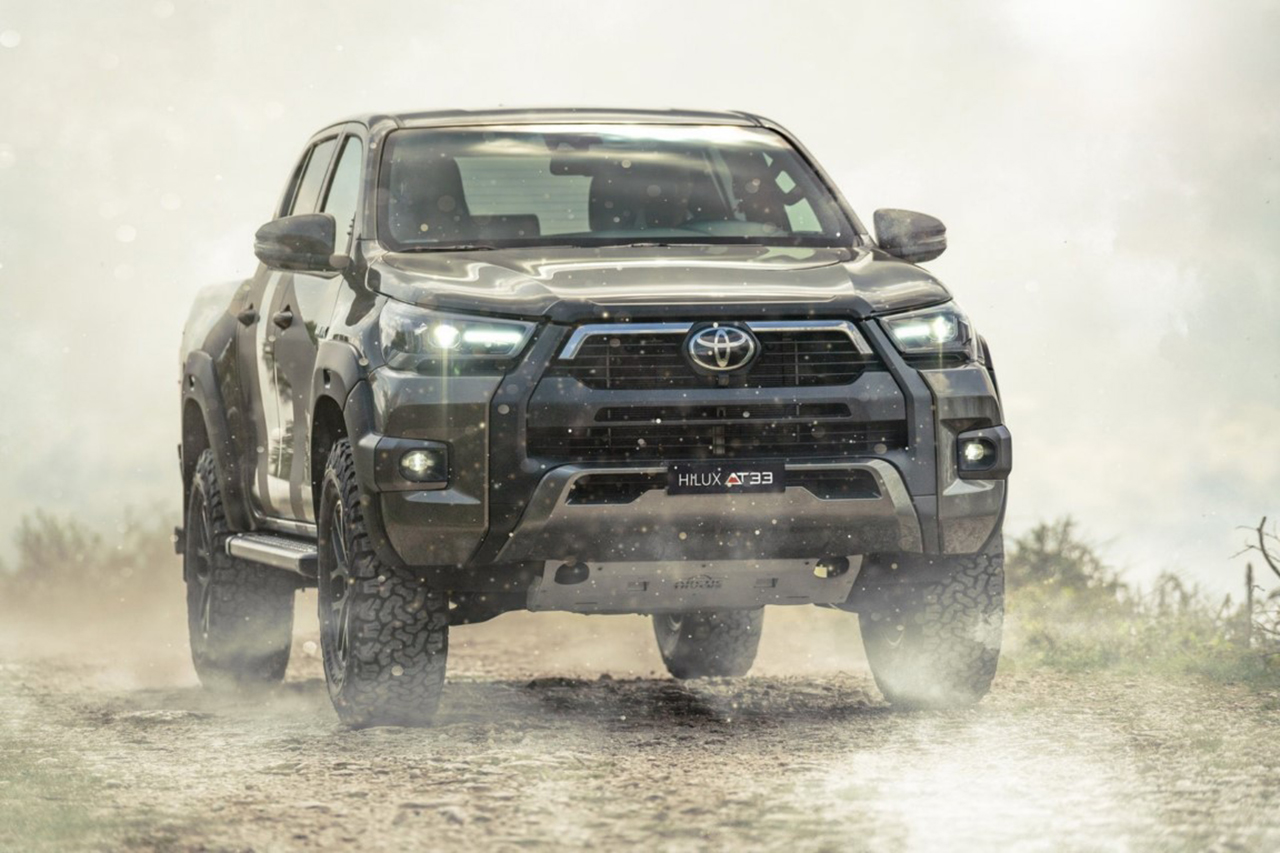 The Japanese from Toyota, now fully involved in maximum sportsmanship like never before, do not give up this quality in their range of special models. The new Toyota Hilux AT33 is the best example of this, a bet that directly rivals the already announced Ford Ranger Raptor, improving its off-road capacity.

In 2023, the new Ford Ranger Raptor will arrive as a complement to the range of the new generation of the pick-up. A generalist brand that prints an extra sportiness and to which those of Toyota do not give up either for their direct competitor, the Toyota Hilux. The Japanese firm has pulled contacts and has asked the specialists in the most radical transformations of Arctic Trucks the development of a special and limited edition.

One more collaboration in the alliance that both companies have maintained for more than thirty years, and which has ended up materializing in the new Toyota Hilux AT33. The Icelandic coach already had an option on this pick up that it presented at the beginning of last year with a special configuration to face more complicated challenges on snowy terrain. A more radical bonus and the coach’s own conception, since this new variant of the Hilux will be sold in selected European markets by the commercial division of the Japanese brand, that of Toyota Professional.

The new Toyota Hilux AT33 will stand out among the conventional versions of the model due to its exclusive paintwork, the only one available in an elegant and striking “Rust Bronze” color that combines and contrasts with the 17-inch black-painted alloy wheels wrapping some special 33-inch «BF Goodrich» all-terrain tires Equipped with double valve for inflation and deflation. The new tires have varied the dimensions, so the angles of attack and departure, together with the fording angle, have increased to 33º, 28º and 745 millimeters, respectively. And that despite the fact that it also has side footrests.

As well as the specific Arctic Trucks badging, the new Hilux AT33 is offered strictly in the Double Cab configuration, so it has ample interior space for five passengerswith all the necessary comforts and sophisticated standard equipment in which there is no lack of interesting elements such as the following:

On the mechanical level, there is only one option: the engine. 2.8-liter diesel with a maximum power of 204 hp coupled to an automatic transmission. In Italy, it has already been put up for sale with only 80 units in the transalpine country, which shows the category of this special edition with few units for each market. Of course, it is not cheap either…

Toyota Hilux AT33 price in Italy

Prices valid from May / 2022 without including discounts or other promotions

Toyota to explore blockchain use cases through DAO hackathon