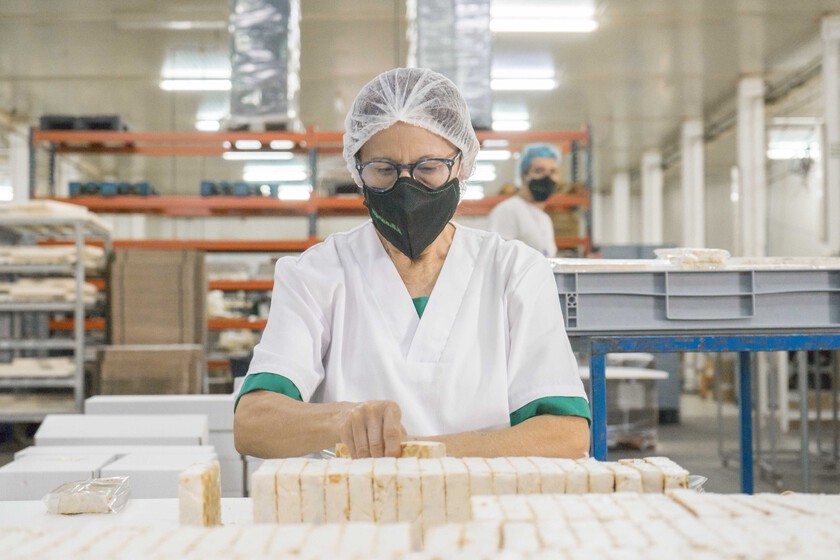 Every year, between the end of June and the beginning of July, the streets of Jijona are impregnated with a smell of toasted almonds and honey It doesn’t go away until winter comes. In this small city in the interior of Alicante, the activity during the nougat production months is frantic. Twenty-four Jijonenca companies of various sizes concentrate more than 70% of world production of the star product of Christmas.

The production of nougat is closely linked to the landscape of valleys and mountains where Jijona is located. The two basic ingredients in this sweet – almond and honey – are linked by a natural cycle. Bees are the pollinating agent of the almond trees that are grown in this area. Therefore, the productivity of these trees depends on them. In turn, for the production of nougat, the light honeys that the bees make with the nectar of flowers and native aromatic plants like orange blossom, rosemary and lavender. “We do not use almond blossom honey because it is too bitter,” explains Alexis Verdú, Quality Director of the Jijona Regulatory Council.

Nougat is believed to be part of the heritage from our Arab ancestors, although Verdu also adds another theory. He believes that it could be born with the aim of confectioning the almond of the crops, to protect it from the attack of larvae and insects. “In fact, at first the nougat was not made or marketed by the confectioners ‘union, but by the farmers’ union,” he points out.

What is known with certainty is that, some five centuries ago, in the middle of the Middle Ages, this product took on its own entity and began to be called nougat (which comes from the Latin torrare, which means toast). His fame first spread across the peninsula, as gastronomic whim of great prestige between kings and nobles. From the 16th century, the nougat began its expansion outside of Spain. It was distributed in boats, next to the Fondillón de Alicante, along the old route of spices.

Not surprisingly, competitors were popping up all over the place. With the industrialization of nougat from the 19th century, other regions of Spain joined in the manufacture of this product in its different varieties. But it is Jijona -or Xixona, in Valencian- the only place that can be attributed the production of the classic nougat from Jijona and Alicante. These two varieties are protected by the Protected Geographical Indication, so that any similar nougat, but made outside this municipal area, has to be called “soft” or “hard”, without more.

The Protected Geographical Indication (PGI) guarantees the existence of minimum quantities of almond -between 42% and 60% in the case of Alicante, and between 52% and 64% in the case of soft-. Also, for both, it is mandatory that at least 10% be pure honey. As can be deduced, the easiest way to cut costs in nougat is to reduce the proportion of almonds and increase the proportion of sugar. This type of information, which has to appear on the packaging, can be very useful when we go to the supermarket and we do not know what type of nougat to choose.

On the other hand, the IGP also supervises that the production process complies with the traditional guidelines passed down generation after generation by the jijonenco nougat masters. In essence, this process has hardly changed in the five centuries of existence of this product. As we verified in our visit to different workplaces in Jijona -including “giants” of the sector such as The wolf, 1880 and The Craftsman-, the main difference lies in the mechanization of the cutting, packaging and labeling phases.

To begin with, we must clarify that the nougat from Jijona and the one from Alicante they have exactly the same ingredients: almond, honey, sugar and egg white. However, just as the one from Jijona takes about a week to finish its preparation and be ready for consumption, the “hard” is completed in a single day.

As a curious side note, let’s note that, logically, the yolk nougat was born to take advantage of the leftover yolks when making the Jijona and Alicante nougat. And that, the so-called guirlache nougat, is nothing other than the same as the hard one, but without egg white. 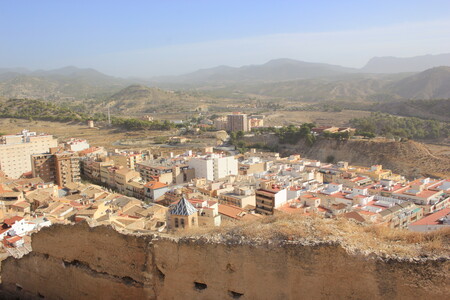 First, the almond is roasted (many factories outside of Jijona work with raw almonds) with the aim of enhancing the primary flavors and aromas of the dried fruit. We then proceed to the cooking the honeys with sugar -Originally it was only sweetened with honey, because the sugar came from America later-. By adding the egg white, a homogeneous white mass is generated. When the nougat master determines that it is at its optimum point, it is mixed with the toasted, peeled and whole almonds. This step is carried out with the help of a automatic mixer that does not break the almond. The resulting mixture is laminated, wafers are incorporated and passes to the cutter and the packer.

Read:  Facebook could get rid of this brand for this reason

The secret of the good Jijona is in the traditional boixets, a kind of cauldrons invented expressly to make nougat

The first part of making the Jijona nougat is exactly the same as that of Alicante. Here, however, we will take the white mixture of almonds, honey and sugar and we will pass it through a stone mill until we obtain a creamy toasted mass. The secret of good Jijona is in the following stage: cooking in traditional boixets, which are a kind of cauldrons -invented and patented in this city- that accompany steam cooking with the continuous movement of a mace that goes up and down. All this process is supervised manually, without pre-established times. Depending on the characteristics of each batch of almonds and honey, among other criteria, the nougat master decides when the emulsion has reached the ideal creaminess point.

Chunks of toasted almonds are then added to give the product a grainy texture. Next, the mixture is extracted manually, it is distributed in molds and it is left to rest and chill for 24 hours. Finally, it only remains to cut into tablets and pack. In the past, the cutting phase was carried out with the most rudimentary instruments -saws, blades, wires, we have even seen a French bayonet from the First World War! -. Obviously, today there are more precise and faster methods of performing the same function without thereby perverting the essence of tradition. 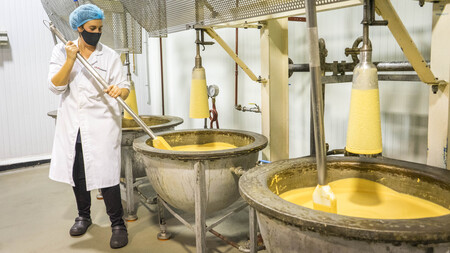 The quality of the almond

The gigantic demand for nougat that factories and small workshops in Jijona must meet, added to the significant decline that almond trees have suffered due to desertification and water stress, make it completely unfeasible to rely solely on the local almond, which is mainly of the Marcona variety – rounded in shape and with a sweeter background flavor. Nor would it be enough with the rest of the almond grown in other Spanish regions of the Mediterranean basin. Between 35 and 40% of what is used to make Jijona nougat comes from other places, especially California, the world’s leading producer of this prized nut.

This actually has an added benefit. Since the production of the nougat must start in summer to be able to attend all the orders, and taking into account that the harvest time of the almond in Spain arrives in September. How do you get the raw material to start production until the native almond arrives? Well, from other countries where the collection is brought forward a month and a half approximately. 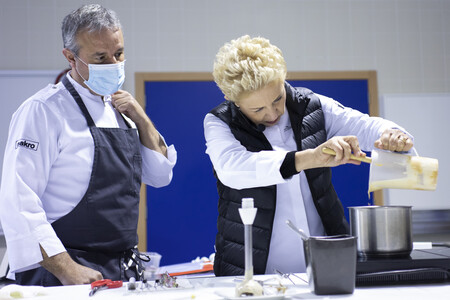 For a few years, Jijona has been working for position nougat in contemporary gastronomy. Not as a dessert or as a seasonal product, but as an excellent resource for dishes of all kinds. With this objective in mind, the Tapeando con nougat route through Jijona was created, in which the restaurants and bars of the municipality are invited to present new culinary creations that integrate this product.

On our trip to Jijona we had the opportunity to try several interesting combinations, and not just with soft almond nougat. In the restaurant and brewery Vicmo we enjoyed a surprising scramble of slatasangs (robellones) of the land with natural egg yolk nougat. Very good pairing of flavors and textures. The aged veal pintxo (40 days) with Xixona cream (a spreadable format of toasted almond nougat, which is very interesting for the kitchen). In L’entrepà, a peculiar restaurant in the city, we also tried a delicious stew of pork cheeks with nougat sauce and purple potato puree.

The Alicante cook Susi Diaz, of the La Finca de Elche restaurant (one Michelin star and two Repsol Suns) is also a great defender of the gastronomic possibilities of nougat. In his repertoire he has interesting recipes such as Duck liver and nougat bonbon from Xixona, with hints of pepper, salt and mushroom powder. “You have to change the chip and see nougat as an ally also for savory dishes,” explains the chef. For example, it combines very well with game meat. With duck or pigeon, it is a winning horse ”.

This is a remake of an article originally published on December 24, 2020.

tableware with great offers up to half price