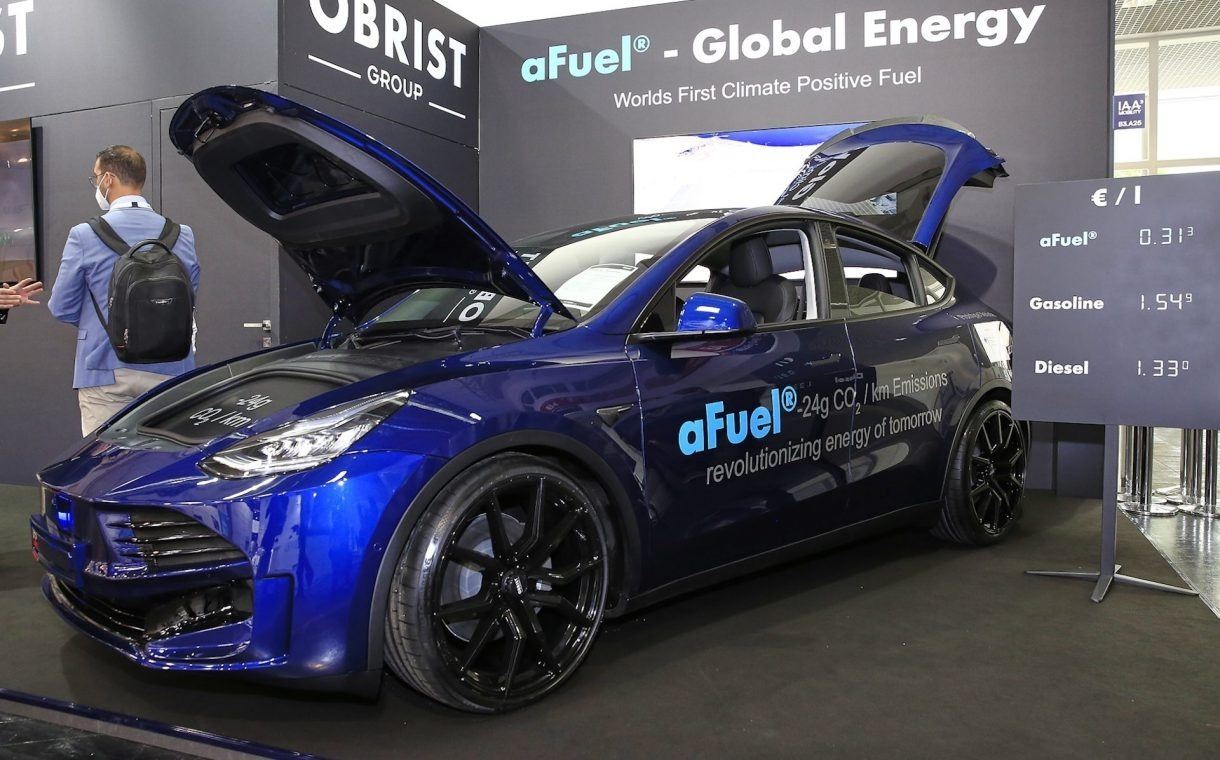 The Obrist Hyperhybrid range is also extended to the new Tesla Model Y. The electric SUV of the North American firm has passed through the Austrian manufacturer’s workshops to change its mechanical innards for an optional plug-in hybrid powertrain that runs on synthetic fuel .

Just a few days ago we told you about the presence of Obrist at the IAA2021 Munich Show, an Austrian manufacturer that is committed to a proprietary propulsion system that transforms Tesla models into long-range hybrids. Thus, after the Tesla Model 3 modified with “Hyperhybrid” technology, now a new creation based on the SUV variant of this electric is added.

The Tesla Model Y has also undergone a technical transformation, albeit somewhat more radical. Aesthetically, it clearly differs from the series-production model by a different bumper full of air intakes, compared to the original which is completely smooth. It is the only change in the exterior image, but under the body and the interior there are many more because, once again, the entire Tesla powertrain has been removed, including also the batteries.

Hyperhybrid technology turns the Tesla Model Y into a hybrid

Instead, the Obrist system has been installed, with a combustion engine that can also run on synthetic fuels, on the front axle. A small 999 cc two-cylinder engine that acts as a generator and operates with low noise and vibration emissions. According to the Austrians, these are levels comparable to those of a conventional electric motor.

This electricity generator feeds the 100 kW electric motor -power equivalent to 136 hp- mounted on the rear axle, after storage in a battery placed under the rear seats with a capacity of 17.3 kWh. A very low figure that can be seen in the low autonomy in electric mode that offers: only 90 kilometers, but it is perfectly understood, as it is a demonstrator of technology still in development.

The manufacturer’s tests have shown an average fuel consumption of just 3.3 l / 100 km and with CO2 emissions less than 24 g / km. A much lower performance than the electric model, this hybrid being slower. However, those responsible for Obrist are working to improve its benefits, while pointing out that it has the option of recharging through a plug, although it is not necessary.