The telephone workers’ union is going on strike 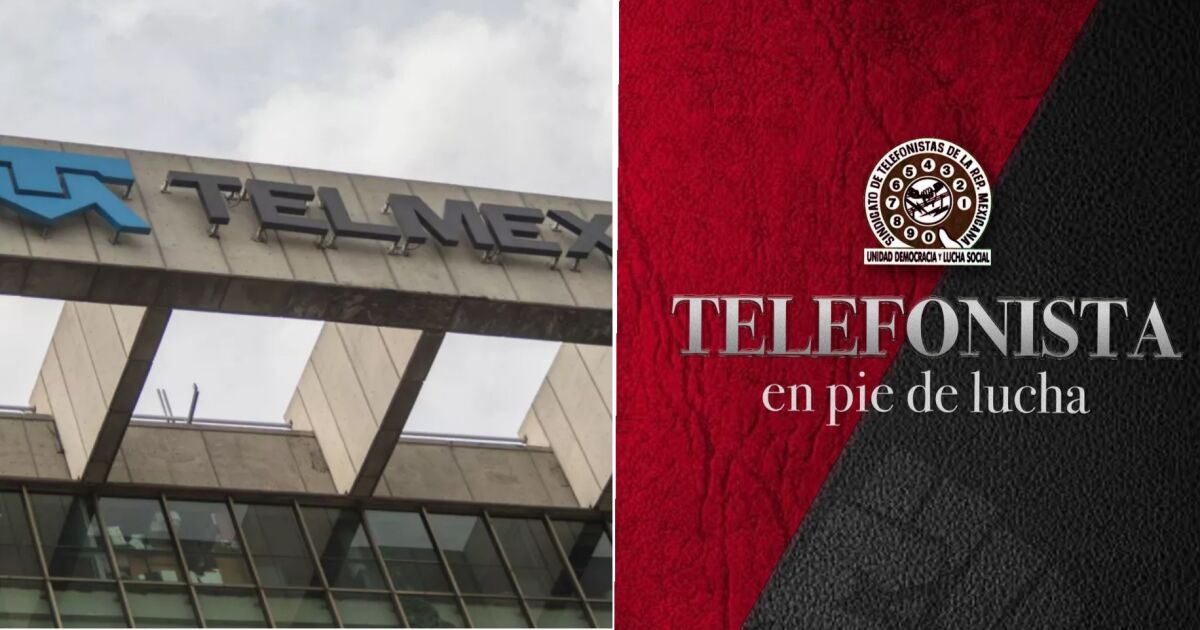 After the announcement of the outbreak of the strike, hundreds of workers went to the Telmex offices in Mexico City to demonstrate.

Telmex had avoided another strike call scheduled for June 7, after it accepted increase 4.5% the salary of active and retired workers to avoid the strike. However, the general secretary of the STRM, Francisco Hernández Juárez, considers that, beyond the salary increase, it was still necessary to review part of the contract and discuss the alleged freezing of 1,942 vacancies, according to information disseminated on social networks by workers associated with the organization. .

In addition, the leader of the STRM has said that Telmex wants the retirement of newly hired workers to be supported by the individual pension, that is, by their Afore and only complement it with a part of the company’s money, this to reduce the liability that the company has for the retirement fund and for which it could not incorporate new workers.

Luisa Alcalde, head of the Labor Secretariat, confirmed hours after the strike broke out that the office would be the mediator between Telmex and the union in order to reach a solution “in the next few hours.”

From the @STPS_mx We inform you that in relation to the strike in Telmex, a dialogue table is being held.

The Union of Telephone Operators and the Company, with the mediation of the #STPSThey are working on a deal.

We trust that a solution will be reached in the next few hours.

The company assured in a statement that “the quality and continuity” of all your telecommunications services they were guaranteed thanks to its “state-of-the-art technology, which allows it to have a network that operates autonomously”.

Read:  This is how City Club workers portray buyers for the Good End