Bullfrag
Home News the TED Talks debacle as proof that we are paying less and... 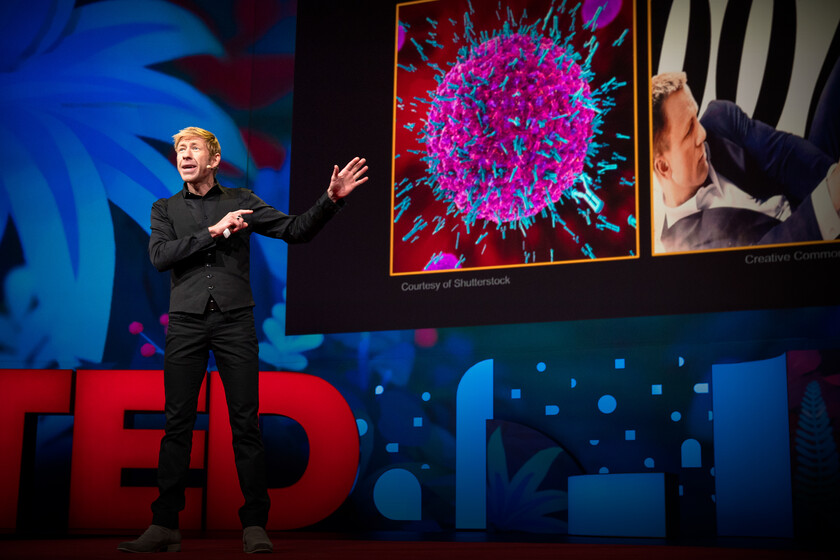 John F. Kennedy persuaded a nation to reach the Moon in 18 minutes in 1962. Steve Jobs delivered one of the most popular graduation speeches of all time in 15 minutes at Stanford. And in a TED talk with over six million views, David Christian explained the history of the world in 17 minutes. “If you can’t express your point of view in 18 minutes, you’ve failed.” It has been the motto of TED Talks for all these years. Up to now.

The information age has changed the overall attention span, and some recent studies suggest that it is shrinking. And yes, the same TED Talks are lasting less and less.

It is changing. An investigation by data analyst Victoriano Izquierdo illustrates that all of this phenomenon is already having an impact on the way new TED Talks are produced and consumed. His study, in which he analyzed hundreds of lectures from 2016 onwards, suggests that the average length of talks has been reduced from 20 minutes to 10 minutes. And not only that: TED Talks are seen less than before.

TED talks keep getting shorter and shorter. From 20 minutes on avg in the early 2000s to under 10 minutes in the last years … another sign of the decrease of our attention span?

Made with @graphext + this scraper to get the data https://t.co/gAvvaKxZjz pic.twitter.com/Ert5qn8HyR

We were wrong. “If I want to launch a new idea, how long should my presentation last?” It’s a common question asked by business people, teachers, and filmmakers around the world. And there was an answer backed by neuroscience. In the same way that Twitter forces people to be disciplined in the size of their paragraphs, by forcing speakers who are used to talking for hours to do so in 18 minutes, their engagement.

Neither status nor fame gives a speaker the freedom to steal extra minutes from his audience. According to TED Talks curator Chris Anderson, 18 minutes is “short enough to hold attention, even online, and precise enough to be taken seriously. But also long enough to tell what matters.”

How does it work? In the early 1980s, scientists found out that people suffer from “cognitive retardation.” Let’s look at it this way: information acts as weights. The more you accumulate, the more likely you are to drop them. A 5-minute lecture produces a relatively small amount of cognitive lag, while a 30-minute lecture produces a relatively large amount. In addition to that build-up, the audience has a short attention span that will seek alternative stimulation, regardless of how captivating the material is.

It happens because the brain is an energy hoarder. The human brain weighs only 1.3 kilos, but it consumes an inordinate amount of glucose, oxygen and blood flow. As the brain receives new information and is forced to process it, millions of neurons fire at once, burning energy and causing fatigue and exhaustion.

READ:  They call to elect the president of the TEPJF in private; Vargas Valdez asks to log in

The attention span is less and less. Recently, A study published by the Technical University of Denmark suggests that the collective global attention span is shrinking due to the amount of information being presented to the public. Research shows that people now have more to focus on and do so for less time. To reach these conclusions, they analyzed the last 40 years of movie ticket sales, Google Books, Twitter data, Google trends, Reddit, and Wikipedia.

The data showed that a 2013 Twitter trend would last an average of 17.5 hours, in contrast to a 2016 trend, which would last only 11.9 hours. While social media definitely plays a role in this shift, it’s not just the culprit. “This trend had started at least a hundred years ago,” the researchers explained.

It’s not TikTok’s fault. The idea that watching lots of quick videos trains your brain to respond to shorter and shorter content is not so far-fetched. But several experts explain that this is not the case. When you scroll through TikTok, your brain gets a dose of dopamine. Dopamine is a neurotransmitter released by the brain’s reward system and produces feelings of pleasure and motivates you to find more. “When you see something you don’t like, you quickly switch to something that produces more dopamine,” explained neuropsychologist Sanam Hafeez.

Like Instagram, Snapchat, or Twitter, TikTok is not designed to encourage long attention spans. But the adult brain is less susceptible to changes in your attention span than the adolescent brain, so hours of TikToks might not change the way you focus in the long run.

It’s multitasking. That is why most scientists have focused primarily on multitasking: that is, when we pay attention to TikTok, Instagram and Twitter at the same time. This is where we fail. A study in World Psychiatry suggests that people who multitask on social media tend not to focus enough on any of them.

And a survey conducted by Microsoft found that people tend to lose interest in what they’re watching after about 8 seconds if it’s not fun enough. The relationship between technology and attention span is not conclusive. Still. But we can affirm that multitasking is the cause that the centers of attention of a brain end up quickly overwhelming.