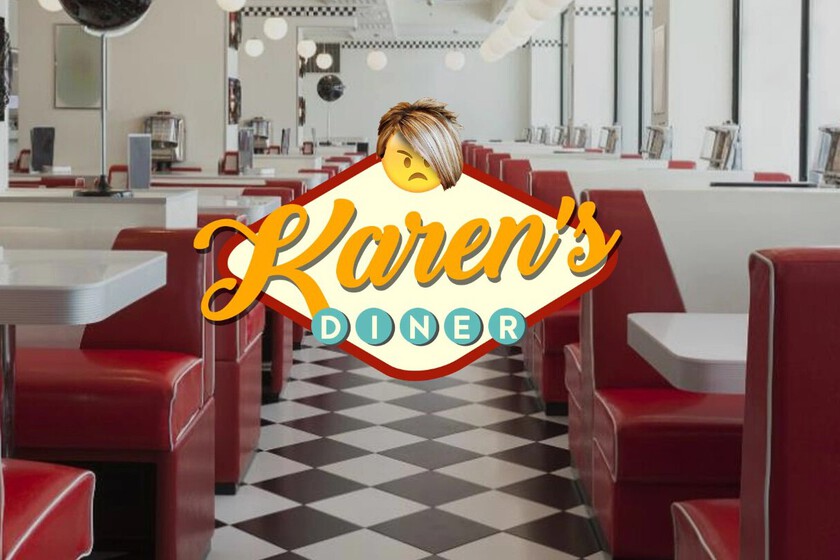 Australia will never cease to amaze us, and not precisely because of the attractiveness of its gastronomy. And if we recently discovered that the guitarist Deniz Tek (Radio Birdman) had decided to dedicate himself to growing coffee or that the owner of a coffee shop had had a “brilliant” idea for the waitresses, now it’s time to talk about the country of the Antipodes for a very different motif, although equally striking.

It turns out that the restaurant chain Karen’s Diner (which already has at least 12 establishments on the largest island in Oceania) has become the new place to be Australian thanks to their unpleasant waiters and horrible treatment of their customers. And best of all, the proposal is having an unprecedented reception, everyone wants to live the experience of being treated horribly while, yes, they are served some delicious hamburgers!

In fact, we can say that the chain is growing at a breakneck pace. They have decided to cross the pond by opening several branches in the United Kingdom and are now planning to do the same in the United States, Canada and New Zealand. Is it a matter of time before they arrive in our country? We will know soon! Just in case, go preparing the best of your smiles…

This is what its slogan says: “Excellent burgers and very rude service”. So the diner cannot say that they had not been warned before sitting down. It is probably the only restaurant in the world that is proud to offer lousy customer servicewho looks badly, speaks even worse and throws food at him like a dog.

It is often said that a bad experience with service, as opposed to a bad experience with food, makes a customer never comes back to that establishment. But in the case of Karen’s Diner the opposite happens, it is precisely its unpleasant waiters who arouse the public’s curiosity and who make people want to repeat that disastrous experience over and over again.

Read:  an exquisite Greek recipe to spread bread until your fill

That’s what it’s all about the “Karen experience”, where by the way they ask you, for your own good, not to ask them to call the manager because it may be the last thing you do in this life. And it is that seeing how the waiters act, the best thing will be to discard that option at the root. Another of the curiosities of Karen’s Diner is that they themselves, they say hate good servicethey are given a single star (lowest rating possible).

One thing is clear, and that is that, judging by the videos uploaded to social networks, those who visit this space, which is reminiscent of the American hamburger joints of the 1950s, often customers have fun and they have a fun time with the borders that the waiters drop on them. And it’s all so explicit and surreal that you can’t do anything but take it all as a joke.

Not only rudeness lives the diner

It would be unfair to say that its success is due solely to this bizarre experience with the service that we have told you about, because Karen’s Diner also the hamburgers are a great claim. And the truth is that, judging by their appearance, they don’t look bad.

Their gastronomic offer It doesn’t stop there, we can also find fries on the menu covered with a thousand strong sauces, classic onion rings and chicken wings that can also be buried in your favorite sauce (barbecue or buffalo).

In addition, so that you can see that deep down they are not such bad people either, they have vegetarian options. Of course, pulling irony once again, they ask you to try to avoid these dishes. Now, whatever you do and whatever you ask for, you must be very clear that no one escapes from your comb.

In DAP | “The waiters are not ‘bros’, they are professionals in the sector”: the response of a bar on the Costa Brava to a customer’s complaint
In DAP | Why a rude waiter can ruin your food (and even its taste)