The strange disease with which MrBeast lives his life

By NicolasOctober 6, 2022No Comments2 Mins Read 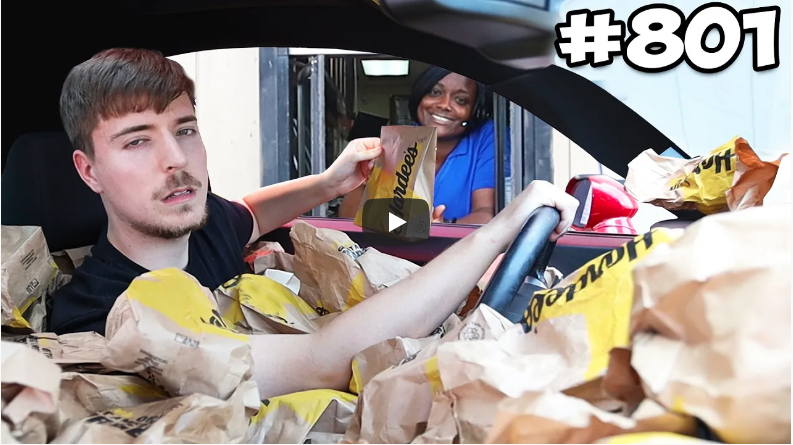 Jimmy Donaldson, better known as MrBeast, is a celebrity in the American YouTube community. He is credited with pioneering a genre of YouTube videos that focuses on expensive stunts. MrBeast published a video talking about the rare Crohn’s disease where he confesses that he suffers from this disease since the ninth grade.

In the video, Jimmy tells a little about the symptoms he presented, such as discomfort, abdominal pain and vomiting. He points out that during the summer vacation he lost 30 pounds, almost 14 kilos, in addition to being fatigued most of the time.

What is Crohn’s disease?

According to the Mayo Clinic, Crohn’s disease is a type of inflammatory bowel disease that causes inflammation of the digestive tract, which in turn can lead to abdominal pain, severe diarrhoea, fatigue, weight loss and malnutrition.

The strange disease of MrBeast

MrBeast in his video comments that as a patient with this disease he must take his medications and rigorously follow a diet that allows him to live without any problem for his activities of daily living.

Jimmy Donaldson commented during an interview: “I have never talked about it publicly (…). There is a lot of history of that. I don’t know if we want to go deeper into that. I just take a lot of medicine and eat healthy. I have enough and little energy. I’m not fake, from what you see in my videos. I don’t have a lot of energy like other people, but it’s like having little energy (…). I don’t even know all the ins and outs of Crohn’s. He tried to get a class from a gastroenterologist to get more information. (…) I feel a little weird talking about something when I’m not even fully educated about it, ”he said.

Read:  Doctor Strange in the Multiverse of Madness: Confirmed the appearance of the Illuminati... but who are they?