The smartphone market in Latin America 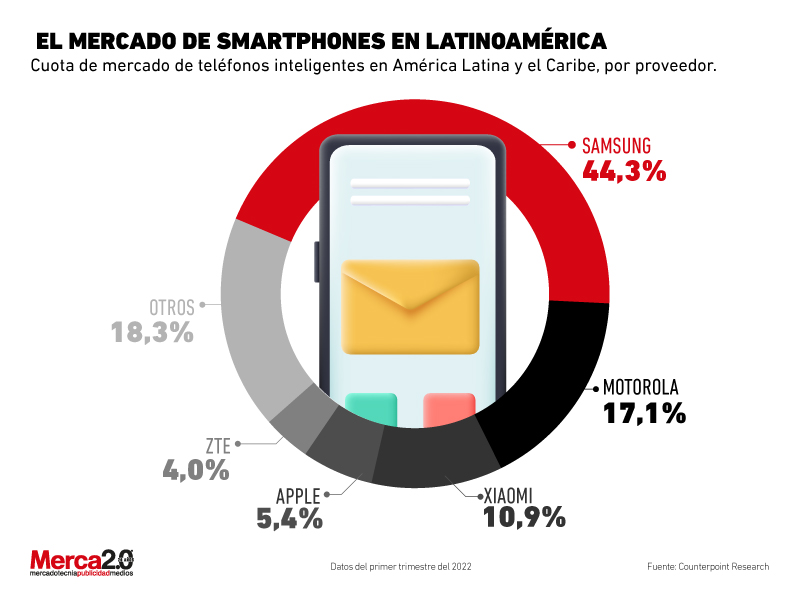 Due to the pandemic caused by Covid-19, the shipment of smartphones to Latin America and other regions was significantly affected.

Nowadays, in an increasingly connected society, users need to be aware of everything that happens and, in this sense, mobile applications have served as a way to connect us with the whole world.

That is why mobile devices or smartphones have come to change our lives radically; Today, just by unlocking the phone, we have access to the most relevant news of the moment and to much broader communication.

Practically, it can be said that mobile applications have come to modify several of our simplest habits, such as the fact of communicating with other people and with the outside world.

Today, the situation regarding the shipment of devices has begun to stabilize; however, due to inflation, demand has slowed, mainly in Latin America and the Caribbean, suffering a drop of 5.8 percent compared to the previous year.

In this context, according to data from the market research company CounterpointSamsung is the company that remained the largest supplier of smartphones in Latin America, capturing 44.3 percent of the users’ preference.

For its part, the American brand Motorola is located in second place with a market share of 17 percent, followed by China’s Xiaomi with about 11 percent.

A case that draws attention is that of Apple, a company that, although it is the main seller of smartphones worldwide, its presence in Latin America and the Caribbean continues to decline, with 5.4 percent.

Currently, the use of smartphones has transformed people’s daily lives, to such an extent that, according to information from the report Digital 2022, developed by We Are Social and Hootsuiteusers spend almost seven hours a day surfing the web from their mobile devices.

Read:  Smart Lock, the intelligent unlocking of Android, renews its interface for the first time since 2015

On the other hand, we are talking about a scenario in which the number of Internet users worldwide is close to five billion, according to what is reported in DataReportal.