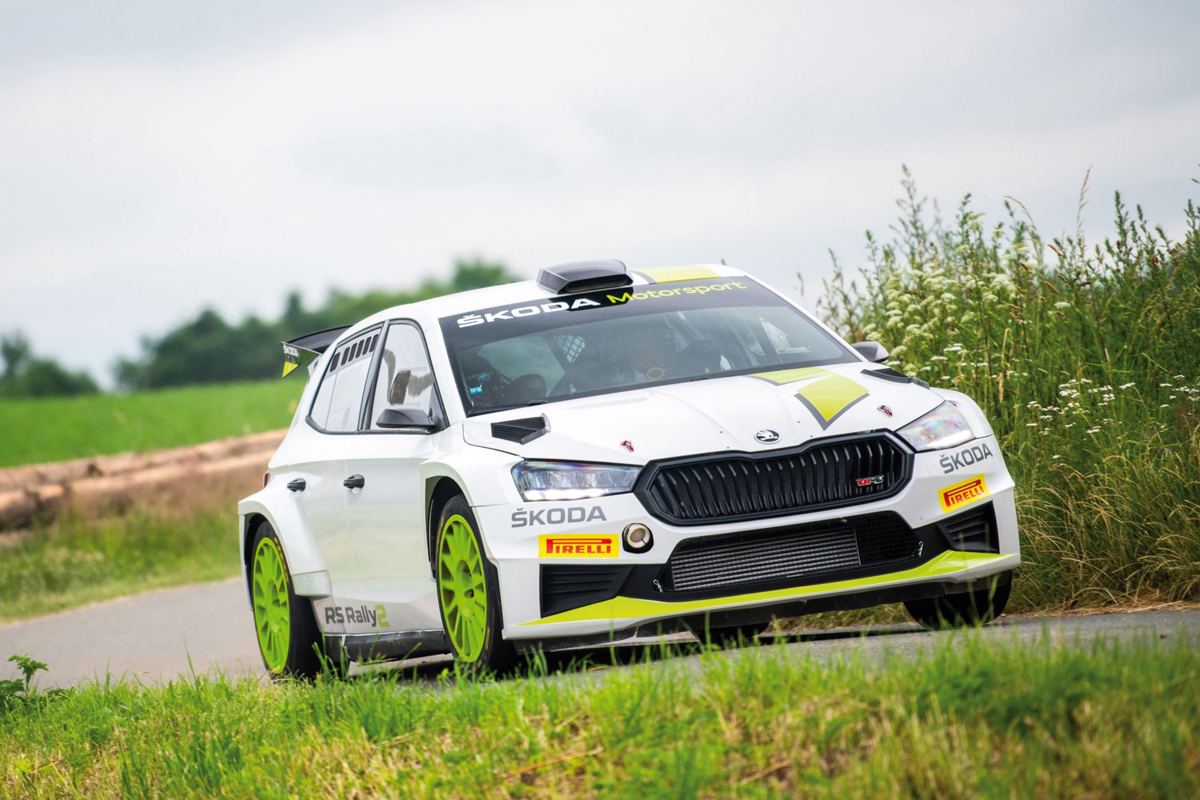 The current situation in the automotive industry has delayed the distribution of the new Skoda Fabia RS Rally2, but the Czech brand’s competition vehicle has already passed FIA homologation and is ready to reach customers.

The ‘Rally2’ category -former R5- lives in a wheel that won’t stop turning. A wheel in which more and more manufacturers slip in and in which the enormous competition forces the brands already involved to update their products. At stake are the results, but above all supremacy in a market that is an important lifeline for brands that have a ‘race-customer’ program in rallies.

Despite M-Sport already having its Ford Fiesta Rally2 Evo in action and the latest rumors that a Toyota GR Yaris Rally2 is on the way, If there is a manufacturer that has moved like no one else in the category, it has been Skoda Motorsport. And the Czech firm has generated great expectation with its new rally vehicle. The Skoda Fabia RS Rally2 is a reality and it’s finally available.

The new vehicle of the Czech firm has passed the FIA ​​homologation process during the month of September. Last requirement to enter competition, a fact that has not happened before due to the serious problem that the automotive industry is experiencing with a supply crisis that also affects the sports arm of Skoda. Of course, this delay in the debut of the Skoda Fabia RS Rally2 has increased the expectation even more.

In fact, Skoda Motorsport has almost 150 orders for its new ‘Rally2’, customers who are waiting for the beginning of the distribution of the Czech model. Deliveries that will start if there are no more delays in November and that will allow the Skoda Fabia RS Rally2 to also arrive in Spainsince drivers like ‘Cohete’ Suárez and other top-level teams have booked at least one unit.

Index hide
1 In the absence of deliveries, test
1.1 success story

In the absence of deliveries, test

Although the supply crisis has altered Skoda Motorsport’s plans, the brand has not been hand in hand and its competition department has taken advantage of the time to aIncrease the test mileage of the Skoda Fabia RS Rally2. The goal is to have a vehicle that is both fast and easy to drive and manage for any driver and team. It is not an easy task.

Read:  Imola will remain on the calendar until 2025 after reaching an agreement with F1

The Skoda Fabia RS Rally2 has been designed from scratch and it hardly shares small details with its predecessor. A process in which the brand’s new ‘Rally2’ has achieved aerodynamic efficiency unattainable for the outgoing model, as well as improving in all areas. Viewing output model performance, if this is true we are talking about a model that can be the king.

Seeing the legacy of Skoda Motorsport since it began its rally project in 2009, it is clear that the Skoda Fabia RS Rally2 has the difficult task of write a new chapter of successes for the brand. In this sense, it should be remembered that Skoda with its different R5 and ‘Rally2’ models has achieved 13 world titles and almost 150 continental and national wounds.

If these data are already impressive, the sales figures that have allowed Skoda Motorsport to be a reference in the category in this regard are no less impressive. More than 500 units of its different models have left the Skoda factory in Mladá Boleslav bound for all corners of the world. A figure that could even have been higher if Skoda had not had to stop production of the current Skoda Fabia Rally2 Evo due to a shortage of parts.