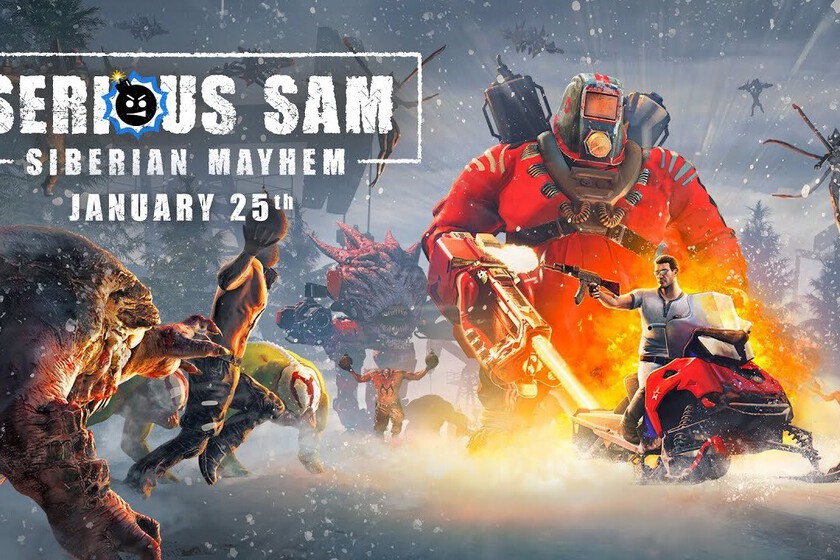 In about 24 hours “Serious” Sam Stone will once again bring out his extensive arsenal of weapons to unleash chaos in Siberian Mayhem, the independent expansion of Serious Sam 4 that was announced this month and that Croteam and Timelock Studio have now wanted to show it in all its splendor.

This does not leave a gameplay of the first 10 minutes, which are well packed with action and shooting against the new creatures that will appear in the vast frozen landscapes of Russia, where we will have to travel to eliminate General Brand. All this with a very frenetic gameplay in some scenarios in which our protagonist doesn’t seem to be cold at all while he starts shooting without rhyme or reason.

Among other details, we recall that the expansion will be divided into five different levels, through which we will pass through arctic coasts, desolate forests or ghost towns. However, the gameplay in question focuses on a wide esplanade until reaching a base that is perfectly guarded by all kinds of enemies, because if there is something that will never be missing, it is the moments of distributing tow.

We remind you that at no time will it be mandatory to have a copy of Serious Sam 4 to play the expansion siberian mayhem. Therefore, if after watching this video you are left wanting more, you can purchase it starting tomorrow, January 25, on PC via Steam.

Positive attitudes in the post-pandemic

DAO, DEX and whales? How Web3 organizations became the new big players in the crypto space