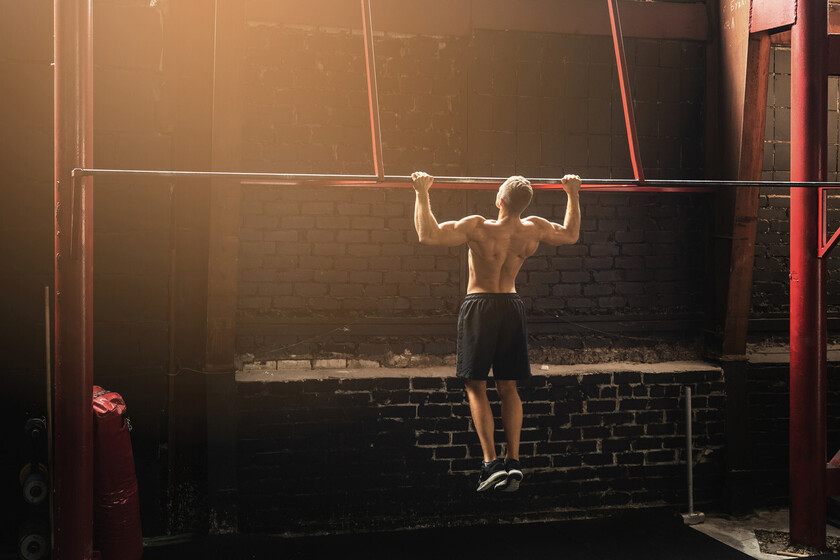 To lose weight, it may be enough to fine-tune our diet and remove certain products Of the same. But if we also add the component of physical exercise, the benefits and results will be better.

As we will see below, there are certain exercises that provide us with a series of benefits when losing weight that everyone should do unless they have an injury or functional limitation that prevents it.

These exercises are usually those that involve large muscle groups and that force us to move a large muscle mass during the performance of it.

Index hide
1 Differences between “lose weight” and “lose fat”
2 What exercises are most effective for fat loss?
3 burpees
4 box jumps
5 dominated
6 Press bench
7 Battle Rope
8 Turkish Get Up or Turkish uprising
9 Mountain Climbers
10 And to lose fat, what kind of routine should I choose?

The first thing to point out is that it is not the same when we talk about “losing weight” than “losing fat”although the most normal thing is to hear someone “I’ve lost weight”.

A person’s weight is the sum of their muscle mass, their bone mass (the bones), their fat (both bodily and viscerally) and its organs. Since the two factors that tend to vary the most are muscle mass and fat masswhen we refer to the issue of weight we are referring to these two factors.

However, when speaking ofweightloss“, we are indicating that we have lost both fat and muscleand this can be a problem if the muscle loss is very large or if it lengthens over time. A clear example is the elderly, who tend to have little muscle mass, with all the problems that this entails (hence, physical activity is promoted among the elderly).

On the contrary, when we speak of “Loss of fat“, we focus exclusively on that, although we may lose a small amount of muscle mass. Also, by losing fat, our body suffers a body recompositionand we lose volume and we see ourselves more defined or more compact as we reduce our percentage of body fat.

What exercises are most effective for fat loss?

Within the wide range of physical activity when talking about exercises that are most effective for losing fatpersonally I would opt for those that involve several muscle groups, so-called compound exercisessince to perform the movement they will require the participation of several muscles, which translates into a higher caloric expenditure and therefore greater fat burning. Of course, when you leave the gym, do not go straight to the Burger King, because then it will not have been of any use.

The burpees they are a magnificent exercise both for gaining strength and losing fat, since in addition to involving almost all our muscles, they contribute to the subsequent effect known as COPD (Post-Exercise Oxygen Consumption)which is what helps us burn more fat for longer after training.

In addition, this exercise can present different variants that make it more fun or complicated. As a general rule, burpees are loved or hated (just like pull-ups).

For beginners who do not know how to perform this exercise, at Vitónica we explain the keys to perfect burpees.

Although with this exercise mainly we work the power of the lower bodyif we do it at a sufficiently intense and high speed, we will achieve an effect similar to that of burpees, contributing to COPD and subsequent fat burning.

In addition, like almost all exercises, jumps to the box admit multiple variants so as not to get bored.

An exercise that, like burpees, are loved or hated in equal measure. Although it is an exercise It will especially affect our back, depending on the type of grip we use (prone, supine or neutral) we will request the greater or lesser involvement of other muscle groups such as the shoulders or arms.

A word of caution about this exercise: for those who have or have had shoulder problemsI I would advise against using the overhand grip due to the position of instability to which we subject the shoulder joint, which is located in an abduction gesture plus external rotation and this is not good. I do not mean to say that you are going to injure yourself for sure, but it is always worth minimizing the risks. Or not?

Read:  The CeraVe moisturizing cream that sweeps Tik Tok has an effective formula and a great price

When we talk about the bench press we talk about what is perhaps the most popular exercise when it comes to working the chest and other muscle groups such as the shoulder and triceps. It is an exercise that increases both hypertrophy and strength of those who perform this exercise.

There are people who say that It’s not a move we make in the real world since we rarely try to lift a weight while lying down. The normal thing is to make a horizontal push while standing and, in this case, more muscles are involved apart from the chest and arms, such as the legs and core. Furthermore, studies have shown that the bench press has no transfer to that horizontal push.

This exercise We could include it in the same section as burpees or box jumps: it will help us to gain strength (the ropes used here are not precisely the ones used to hang clothes), they are going to put our hearts to a thousand and they will contribute to what we have called COPD, increasing fat burning after exercise.

Turkish Get Up or Turkish uprising

This is a more complex exercise than those seen so far, since requires good control of our body and a certain degree of coordination and stability. It is recommended to start doing it with little or no weight until having a good understanding of the mechanics of the exercise and try, once we are moving forward, not to use excessive weights, since we can lose efficiency in the movement and cause some injury.

Burpees, box jumps, rope shakes… and now the mountain climbers or “climber movement”. Again we are going to put our heart and body to the test with this exercise. Besides, is another exercise that allows us to make variations for add dynamism and difficulty.

And to lose fat, what kind of routine should I choose?

Regarding the routine to follow, there are many opinions and arguments about it. What everyone seems to agree on is that the Weider-type routines they would not be recommended because each muscle group is trained only one day a week, and this does not make sense for people who are looking to lose fat (if the muscle takes between 24-72 hours to recover, it is absurd to let a week go by until we train him again). These routines are more typical of professional bodybuilders who compete.

A fairly widespread type of routine when it comes to fat loss are the full body typein which we train all muscle groups within the same session. Following this type of routine, we can obtain frequency two or frequency three for each muscle group (in this case, increasing the frequency could be counterproductive because we could over-fatigue the muscles).

And finally, we would have an option that may seem ineffective to many, but that has been shown to work when it comes to losing fat: strength routines. As the strength routines are based on basic or multi-articular exercises (squat, bench press, deadlift, row and military press), we are going to have a series of exercises that will involve a large muscle mass and, therefore, will require greater energy expenditure. (let’s not forget that the fat that we have stored in our body is a great source of energy).

In Vitónica | If I’m looking to lose weight, am I more interested in running or HIIT?

In Vitónica | You don’t have to go to a gym to lose body fat. Five exercises you can do in a park

If we had to keep only one thing from Cortefiel’s second summer sales, it would be this dress (and we’ll tell you why)

facing Golovkin is a risk he will take