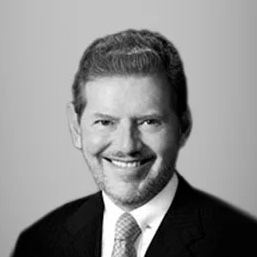 Active Retirees (65+): This refers to seniors who no longer earn active income. Your money comes from savings, assets, social security, pensions and more. This segment of the population exists on a “fixed income”.

Late retirees (65-75): Similar to early retirees, this segment encompasses age groups above the standard retirement age who are still working.

The National Population Council (CONAPO) forecasts that, in 2050, the population of older adults (60 years and over) in Mexico will reach 33.4 million. In terms of proportion, in 2050, 23 out of every 100 people will be older adults in Mexico. These numbers speak for themselves about the great importance of creating and developing new products and services aimed at meeting and solving the needs of this social group. Older adults represent an attractive market because they have high purchasing power and continue to actively consume products and services.

US News published a report in the United States, according to which baby boomers (people born between 1946-1964) control 70% of disposable income, thus making them a major force in the market.

Most major brands (approximately 65%) frequently choose to overlook this 50+ segment, which is a huge mistake. Close to 70% of all disposable income in the United States will remain in the hands of this age group in the next five years, and nearly 10,000 adults turn 65 every day.

Read:  More power for Xi Jinping? These are the keys to the Congress of the Communist Party of China

According to senior market expert Tony Coray, older people have 45 times more purchasing power than their younger counterparts. However, reaching this segment requires an understanding of how to communicate with those who are part of it.

Marketers must empathize with and gain a greater understanding of the experiences of older adults. The common idea of ​​the older adult as someone with a lot of free time, vulnerable, averse to technology and reluctant to learn new things is a stereotype, and as such, does not reflect reality and the perception of older adults. Even the vast majority of them reject this idea and do not feel identified with the image of the elderly commonly reflected in the media and advertising. Both the physical appearance and the habits of today’s older people are very different from those of their peers a few decades ago.

Recent studies in the area of ​​consumer behavior have identified negative aspects of exposure to this stereotype by older adults.