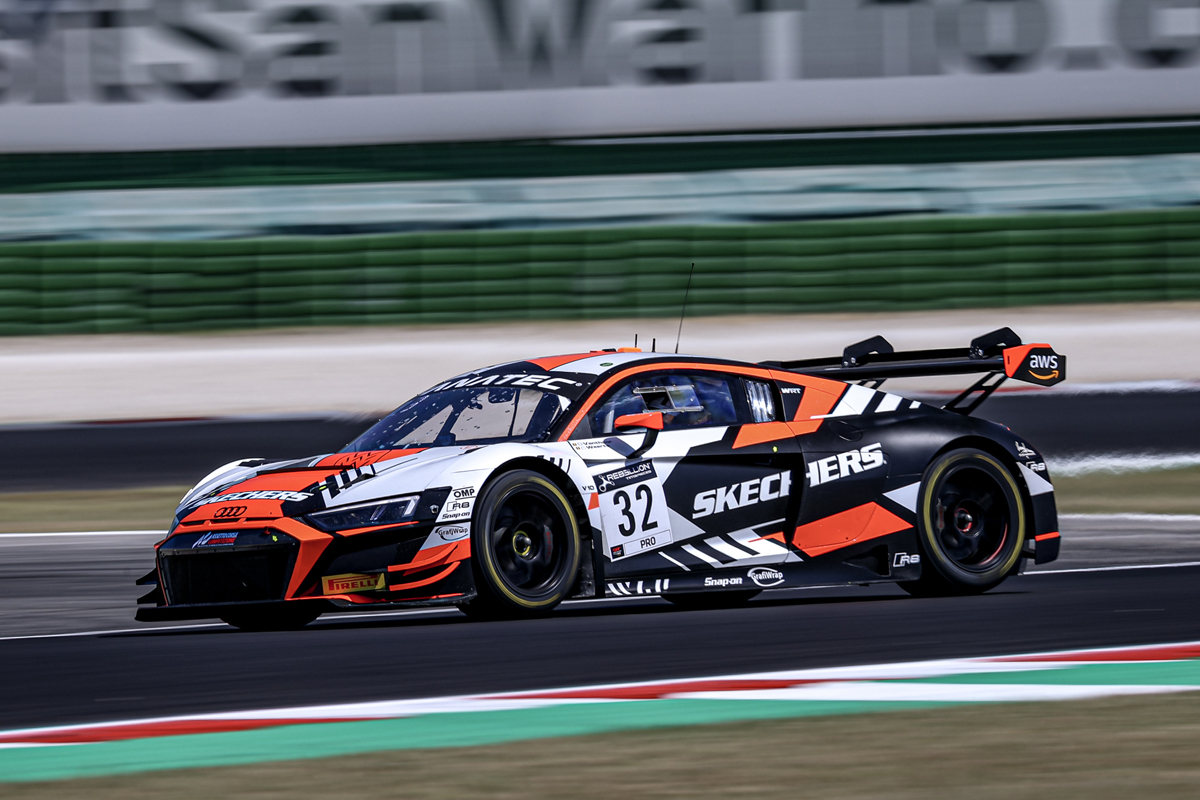 The #32 Audi drivers want to win the Sprint Cup for the third consecutive year, something that happens by not leaving any question to chance. They are well known in Team WRT, as they are demonstrating in Misano. If on Saturday the #32 took the pole and the victory, on Sunday they go the same way. With a magnificent performance, Dries Vanthoor has achieved the second pole of the weekend for the #32 Audi. The Belgian duo’s car will also be ‘escorted’ by the Audi #11 and #33.

It seemed that the second classification of the weekend in Misano could give the fans a different scenario. Christopher Haase set the tone midway through the session, while Dennis Marschall also left his mark in the #66 Audi. Christopher Mies also managed to stand out with the Audi #33, making clear the dominance of the GT3 of the Ingolstadt firm with a greater cast of prominence. Nevertheless, the contenders for the title emerged in a direct duel that Raffaele Marciello lost very clearly with the #89 Mercedes.

In fact, Dries Vanthoor took pole after signing a time of 1:30.942, a record almost two tenths faster than the one signed by Christopher Haase in the last instance. Thus, the #32 Audi was ahead of the #11, but also the #33 of Christopher Mies, since the German finally slipped into third position. Raffaele Marciello could not get past fourth place with the Akkodis-ASP Mercedesbeing the only alternative to Audi in the ‘top 5’, since fifth place fell into the hands of Dennis Marschall.

Traffic affected Rafaelle Marciello on her last two fastest lap attempts, although he was not the only one who was bothered by one of his rivals. Own Ulysse de Pauw had to deal with some GT3s ahead of himalthough he managed to make room for move up to sixth place with the #53 AF Corse Ferrariachieving pole position among the Silver Cup GT3 vehicles. The Belgian even outperformed the #12 Audi and the #54 Porsche, driven by Christian Engelhart during this session.

Read:  This Amazon smart doorbell, with which we can see who is calling and answer from anywhere, is perfect for second homes

Still within the ‘top 10’ appears the figure of McLaren #188 after the great performance of Dean MacDonald, since the GT3 of the Garage 59 team has achieved pole position in the Pro-Am category. The British driver set a time seven tenths slower than that of Dries Vanthoor, but he was on a par with theoretically superior cars. For its part, Albert Costa has placed the Lamborghini #663 of the Imperiale Racing team in 13th place. Catalan has also suffered from traffic.

The car where Elizabeth Gutiérrez could reconcile with William Levy