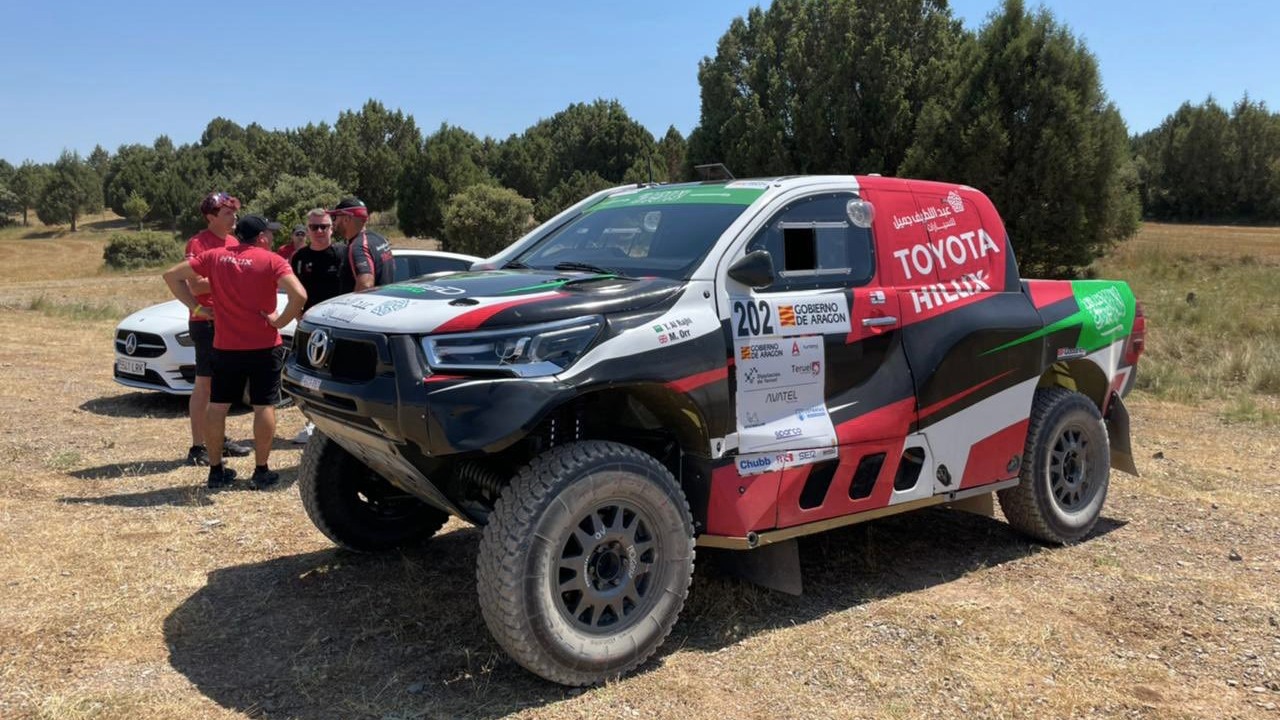 Facebook
Twitter
Pinterest
WhatsApp
Baja Aragón was one of the many events canceled during 2020 for the COVID-19 pandemic. A painful suspension, but one that has served the organizer to gain momentum and shaping a high-carat 2021 edition. Until 132 teams They will meet in Baja Aragón to compete in an event that, together with the Andalusia Rally, places Spain in the focus of the off-road discipline. The talent of those registered only reflects the importance of Baja Aragón in the preparation of the ‘motards’, drivers and teams on their way to the Dakar 2022.

There is nothing left to do a quick review of the entry list for the 37th edition of Baja Aragón to discover the cast of off-road stars that will compete in the Teruel event. With Nasser Al-Attiyah at the helm As a two-time winner of the test, some of the drivers who will start in Baja Aragón will be Yazeed Al-Rajhi with another of the Toyota pata negra. On the part of MINI X-Raid it will be Yasir Al-Saidan. In addition, the BRX team led by Prodrive will have three cars in competition for Sébastien Loeb, Nani Roma and ‘Orly’ Terranova after the signing of the Argentine.

Jesús Calleja in his debut with one of the Century buggy, Isidre Esteve, Gerard Farrés, Carlos Checa in their new stage as off-road pilot o Cyril Neveu -at 65 years old- they give color to a list of registered with a high female presence. In fact, Jutta Kleinschmidt -winner of the Dakar 2001- heads a list of participants among which are also Cristina Gutiérrez, Molly Taylor, Cattie Munnings, Christine Giampaoli and Mónica Plazaas well as Mashael Alobaidan, the first woman from Saudi Arabia to compete in a Baja outside the Middle East. Undoubtedly an incentive for a test in which battles are expected in each and every one of the categories.

READ:  First images of the Audi Grand Sphere: the electric luxury sedan of the Artemis project

In fact, the inscription within the motorcycle category is also remarkable. Joan Barreda will spearhead Honda -winner four times-, while Adrien Van Beveren leads the Yamaha bet. Lorenzo Santolonio will compete with his Sherco, being perhaps the third favorite in discord. The presence of Joan Pedrero or Tosha Shareina They put the local touch to a test that is divided into two competitive days. In the next stage there will be a super special only for motorcycles and quads of 5.2 kilometers, while all categories will face the SS1 of 180 kilometers next. For Saturday there will be two stages of 208.3 and 112.9 kilometers against the clock.

BLIND YOURSELF AGAINST THE FLU