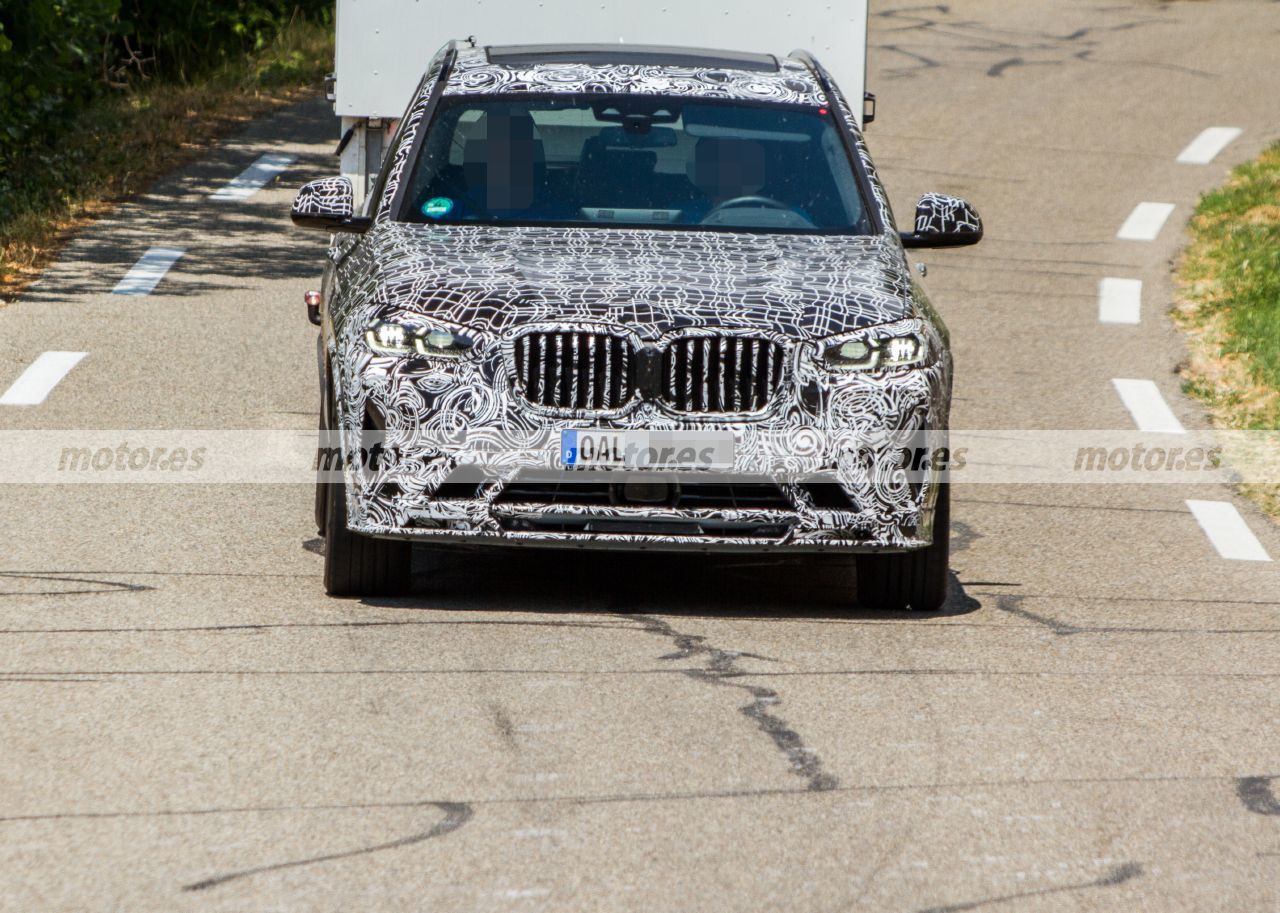 The house by the roof. After BMW presented the renewed BMW X3, and X3 M, the Alpina rushed to unveil the changes implemented in their particular variant. That of the Alpina XD3 which has now started its technical road tests. One of its camouflaged prototypes has been spotted in spy photos.

Just over a month ago Alpina presented the renewed XD3 and XD4, its sporty proposals on the D-segment SUVs that represent BMW. A few months after the Munich brand unveiled the changes implemented in the BMW X3 and X4. Now, the preparer has started the test program with camouflaged prototypes of the most familiar model.

The Alpina XD3 2022 It is presented in these spy photos, identified by the three letters of the license plate -OAL- which means that it is a model of the german tuning specialist. Camouflaged and towing a large trailer, it shows the new features adopted after the facelift, as well as the Alpina details, the blue brake calipers, the specific design of the front bumper, with leafy, trapezoidal air intakes and the four rear exhausts.

The Alpina XD3 Facelift 2022, surprised in some tests

Two spherical pairs located at the ends of the rear, in addition to the traditional multi-spoke alloy wheels, which can be up to 22 inches mounted on low-profile tires as an option. The XD3 is now available in the official configurator, but its availability is still linked to a series of tests that will last for a few months.

The renewed XD3 will continue to be offered only with a mechanical option, starting from the base of what is one of the top of the range with the permission of the exclusive X3 M. It is the X3 M40d, so it will continue to be available only with the 3.0-liter inline six-cylinder diesel engine with four turbochargers. A barbaric configuration for a performance that reaches 395 CV of maximum power.

READ:  The world's most famous Porsche 928 up for auction New record in sight?

The new Alpina XD3 will be offered with xDrive all-wheel drive, with a special tuning from Alpina, suspension tweaks with new springs and shock absorbers, a new air suspension module that will lower the height of the body to the ground and a revised 8-speed automatic gearbox.

What about GameStop, Reddit and Wall Street? We explain