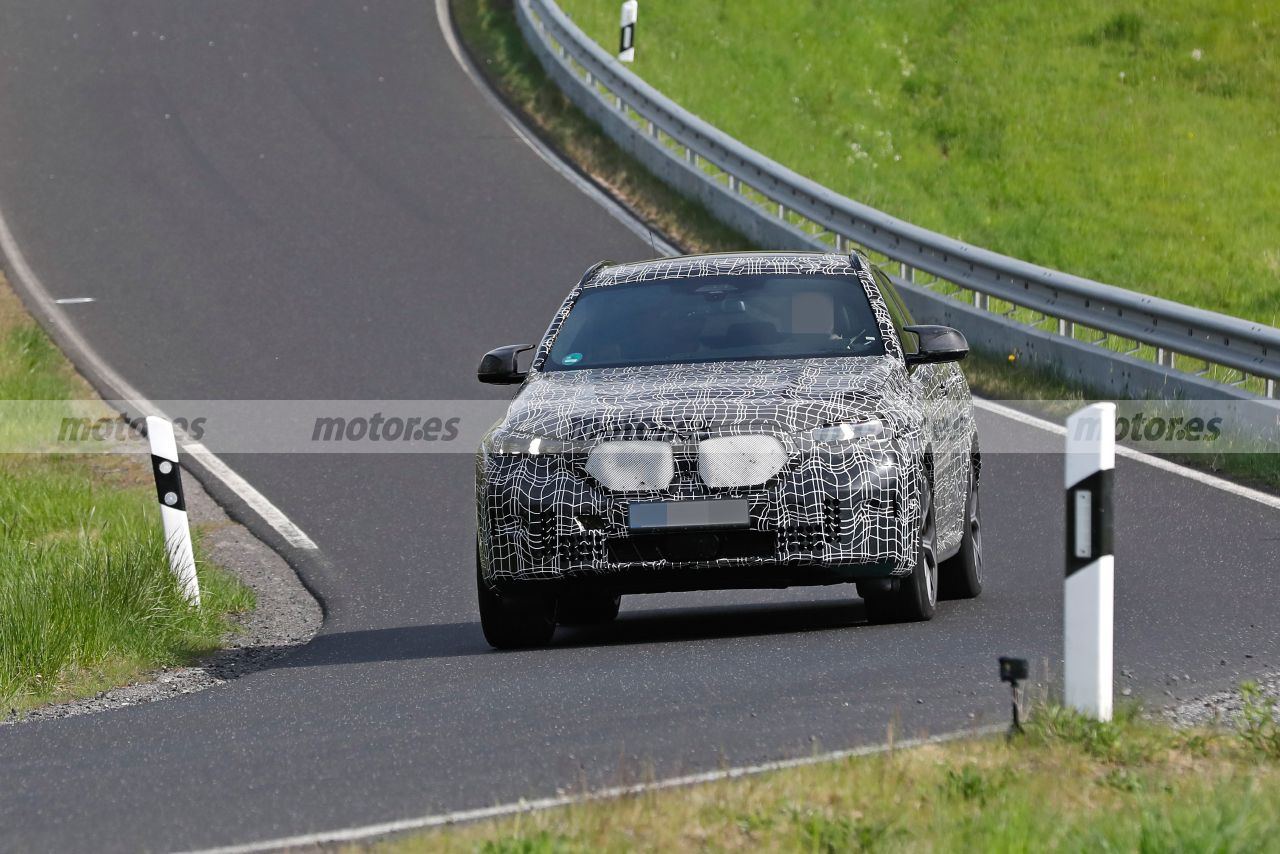 It has cost BMW, but these are the first spy photos of the 2023 BMW X6 Facelift in which the camouflaged rear is already found. The Munich brand has wrapped the sporty SUV in vinyl, much as if it were a new model. Some improvements that will be discreet on the outside but more striking on the inside.

Four sightings of the renewed BMW X6 Facelift 2023 and none of them with the rear camouflaged, as is usual in the brand of the propeller. And even so, this prototype of the sportiest SUV in the range does not have all the specific components of the redesign either, although it has taken a step forward. The prototypes of the X6 have already approached the German layout of Nürburgring to check the operation of the technical improvements applied to the chassis.

Some test units that have the entire front covered, although the headlights reveal their new finer and flatter shape, as well as a new light signature inside. Nail spy photos that, although they do not show the new more angular shape of the double radiator grille, we can tell you that It will have the edges painted in gloss black as standard.. As the frames of the glazed surface, since the “M Sport” package is standard on all versions of the new X6 range. But the spy photos also show additional details.

The mirrors horn mirrors they are standardized in the version of M Performance, precisely the one that concerns us, as well as the brake calipers bathed in red. From behind, although the brand has been in charge of dressing the entire surface in camouflage, the pilots are exposed because they are the same as the model currently on sale. In addition, the sportsmanship that this new version of the X6 M60i is capitalized with new square trims, instead of the trapezoidal ones of the current M50i.

The spy photos do not show it, but we have already seen it on previous occasions: its interior also bears witness to the new curved screen that will occupy from the instrument panel to the multimedia system in one piece, and with the latest generation of the iDrive operating system -version 8.0- for managing the multimedia and connectivity platform. BMW will also offer a greater technological load on board, adding wireless updates and new level “2+” driving assistants.

As we have already advanced on these lines, the version you see in these spy photos is that of the M60i. The X6 also follows the same logic installed with the new iX, the electric SUV, for the sportier version with permission of the X6 M. One more step for the old M50i, which will keep the xDrive all-wheel drive and the powerful 4.4-liter biturbo V8, even the 530 hp of maximum power. The key to this renaming lies in the introduction of 48 Volt technology. The revised X6 will be one of the great novelties of the coming months, revealing itself in spring 2023.