Bullfrag
Home Entertainment the return to terror of the director of ‘Dr. Strange ‘promises... 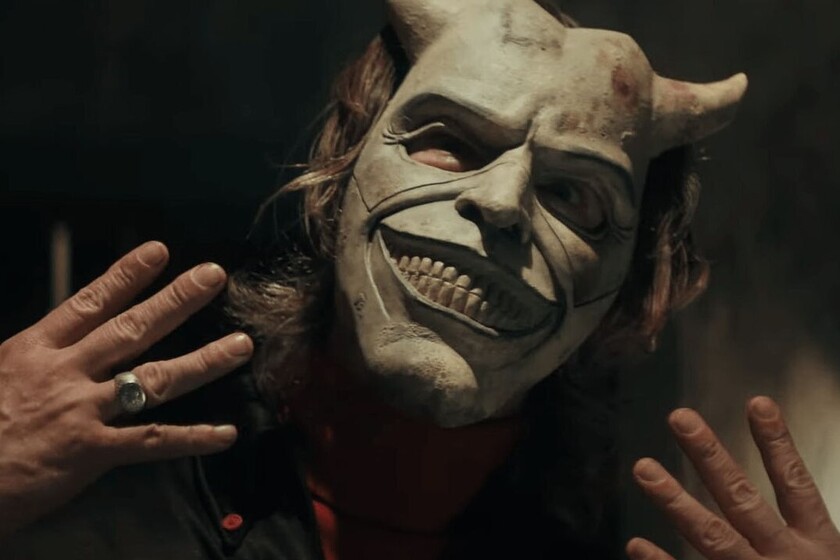 The duo after ‘Sinister’ and ‘Dr Strange’, Scott Derrickson and C. Robert Cargill, return to terror with their new film for Blumhouse, ‘Black Phone’, an adaptation of the Joe Hill story that hits theaters on January 28, 2022, and shows today its chilling official trailer, with a terrifying performance of Ethan Hawke as the sadistic “Grabber”, wearing a series of masks designed by Tom Savini and his team.


Hawke’s character is a strange street magician who kidnaps children from the streets surrounded by black balloons, Pennywise-style. His latest victim is a 13-year-old boy who finds himself locked in the Grabber’s basement lair, but a little help from the killer’s past victims may allow him to survive his ordeal.

“Finney Shaw, a shy but intelligent 13-year-old boy, is kidnapped by a sadistic killer and trapped in a soundproof basement where screaming is of little use. When a disconnected phone on the wall begins to ring, Finney discovers that he can hear the voices of the killer’s previous victims. And they are determined to make sure that what happened to them doesn’t happen to Finney. “

After passing through the Fantastic Fest, ‘Black Phone’ received good reviews, which spoke of an unforgettable performance by Hawke, who is accompanied by James Ransone in a cast that also includes Jeremy Davies, Mason Thames and Madeleine McGraw. The screenplay for the film is by Derrickson & C. Robert Cargill who also produce with Blumhouse whose director Jason Blum has assured that it is the “scariest film that he has ever produced”. In the United States it will be released later, on Friday, February 4.

Read:  Antena 3 defeats Telecinco for the first time in 37 months by leading the September audiences