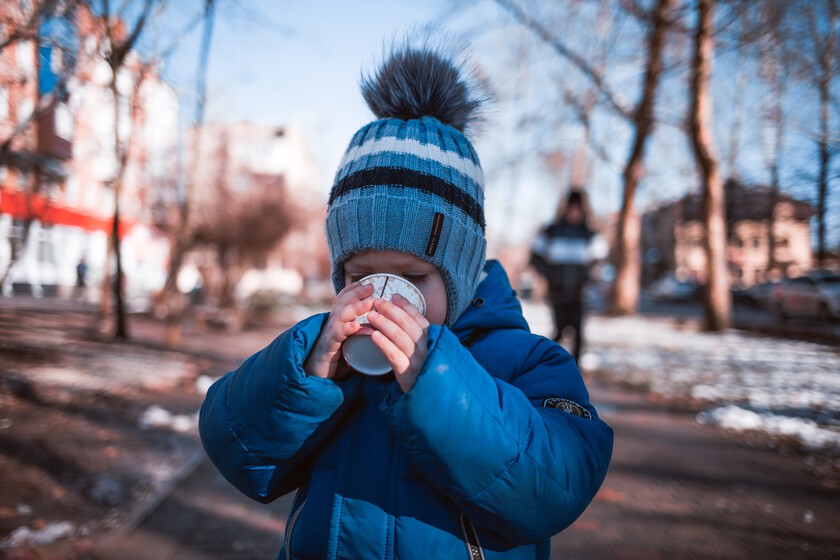 The winter season is dark, cold, and sometimes sad. It is neither better nor worse than other stations. But, without a doubt, it brings with it atypical questions. Why are snowflakes falling from the sky? Why does it get dark at 6 in the afternoon? Why do I feel like watching Netflix all the time? But above all: Why does everyone wear a pompom on their head as if it were a normal decoration? Do we know what it is for or why it is there?

Yes, there is an explanation. One reason you have that fabric sphere on the top of your head, that ball, that explosion of joy. Long live the pompoms.

The origins of the pom pom hat can be traced back to Scandinavia, roughly the 8th century, no less. The Viking god Freyr, or what he is believed to be, is depicted wearing a hat (or helmet) with a pompom on a statuette that was discovered in 1904 at the Rällinge farm in Södermanland, Sweden. In an article written by archaeologist Neil Price included in the book Old Norse Religion in Long-Term Perspectives: Origins, Changes & Interactions, it is explained: “The figure wears a helmet and a bracelet on each wrist, all are very deliberate design inclusions and therefore not without meaning.”

So far good. But what does it mean?

A priori, the function of the pom pom here, as speculated in this Reddit thread, could be to cover or gather the seams that were left from nålebinding the hat, a cloth-making technique that predates weaving. A plausible idea. In fact, other hats from history, such as this historic 16th century Monmouth cap, worn by soldiers and sailors in England, have a small tab at the seam, which is perhaps a link to the modern pompom.

However, the pompom in the mythological gods was not born as a mere ornament for the head, it had a very important purpose: to identify who was wearing it. Over the centuries, different cultures adapted their identification utility. Hats with pompoms were used as part of the military uniform of Napoleon’s infantry, where their color denoted the company to which the man belonged: green for the first company, light blue for the second, orange for the third and purple for the fourth, and so on.


Soldiers of the French line infantry firing their weapons during a historical reenactment of the Napoleonic wars of the 19th century. | Unsplash

Pompoms were also part of the uniform of the Scottish Highland regiments, on their Balmoral cap, until the 19th century. The Scotts Balmoral bonnet was preceded by the bluebonnet, worn by Scottish workers between the 16th and 18th centuries. Author and historian Enid Gauldie wrote about the bluebonnet outfit, useful for its flat shape and long brim, which offered protection, for Selvedge magazine:

Read:  "In networks you don't even look like you and the worst thing is that that's what it's all about"

Sometimes a deeper band allowed for a checkered or striped pattern to be woven, and sometimes there was a finishing touch of “toorie”, a ball made with wool tips; bright red, or more often, for the elderly, flatter and black to match the hat.

The Roman Catholic clergy have also worn them for about hundreds of years (their pom pom hats are called birettas or mortarboards) and the colors of the hat and pompom tell you what kind of position they occupy: cardinals wear red caps; the bishops wear violet; priests, deacons, and seminarians wear black. And well, the sailors of the 18th century also wore hats knitted with pompoms.

And now the question is. Why do we use them now? We are not clergymen, nor French soldiers. And much less Vikings. According to this blog post by writer Alexandra Churchill on the web, Martha Stewart, pom poms had a surge in popularity during the Great Depression because adding them to clothing was an inexpensive way to embellish clothing.

It was not until the mid-1960s that the hat bobble It became a popular clothing item and it became fashionable. A major part of this change came from a group called The Monkees and more specifically from band member Michael Nesmith, who wore a pom pom hat on a television show.

Caroline Rose Kaufman, a textile fashion designer who often incorporates pompoms into her designs, explained in this report from The Outline:

The pom pom hat has been popular for as long as I can remember. However, I have noticed that in recent years, designers have gotten creative with their pom poms. I’ve seen fur pom poms, neon pom poms, sparkly pom poms, double pom poms, all on the runway and then at the market. Perhaps the variety of what you can do in knitwear has contributed to the popularity?

Nancy Deihl, director of costume studies at New York University and co-author of The history of modern fashion, notes:

“It is quite possible that Nesmith helped popularize the style in the 1960s, but I would steer clear of the claim that the MN knit hat is a ‘big reason’ we all wear pom pom hats today.

Great Britain dress from 1810 with a pompom ornament. | Victoria and Albert Museum

Greek tsarouhi shoes, which are part of the regional dress and the traditional Greek guard uniform. | Wikipedia Creative Commons

Pom pom tassels in a Sears catalog from the 1940s | Sears