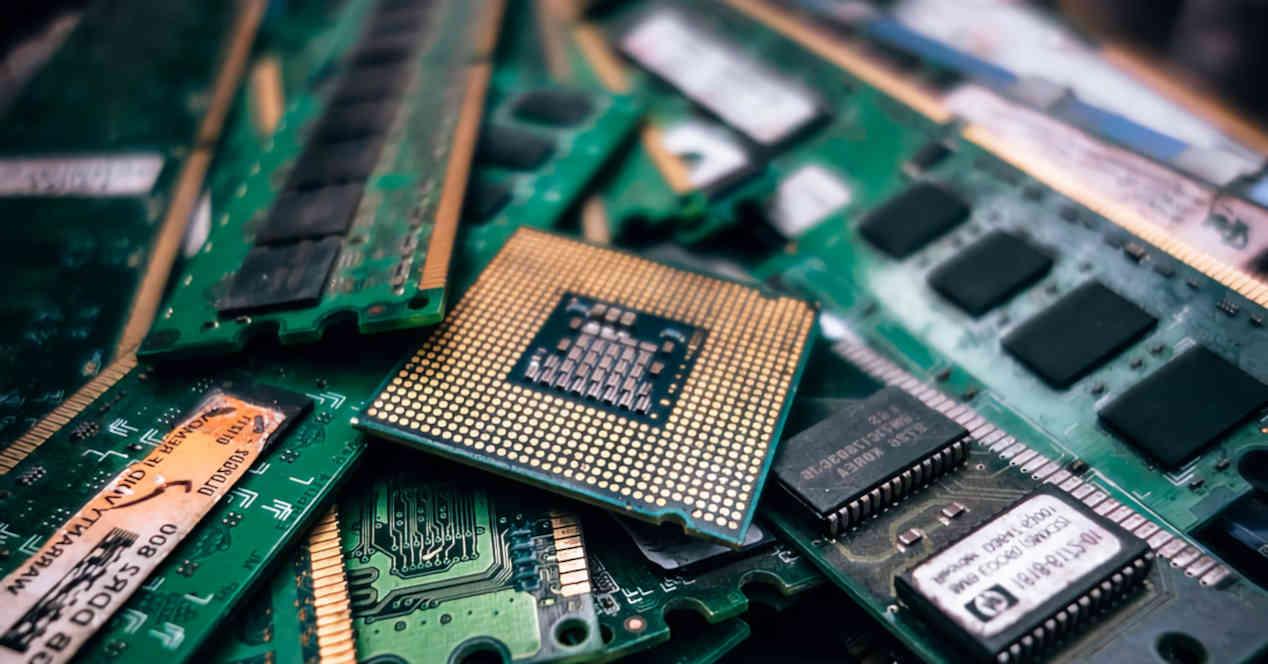 In the first personal computers, RAM was much faster in speed than CPUs, a well-known case is that of the MOS 6502 in which memory accesses were shared with their video system, but with the passage of time. Over time, the situation was reversed to the point where the main memory of the system became a bottleneck for performance, forcing the implementation of cache memory in order to alleviate this problem.

If we look at any graph of the evolution of RAM and CPUs in terms of performance we will see that the distance between the processors and the memory has been increasing over time and is increasing. The questions are, is there an explanation for this phenomenon and a solution?

Index hide
1 The reason for the bottleneck between CPU and RAM
1.1 Why can’t the speed of the RAM be increased?

The reason for the bottleneck between CPU and RAM

The pyramid of the memory hierarchy is clear, the memory elements closest to the execution units give better performance than the distant ones, in other words, if a data is in one of these first levels of the hierarchy then it is it will resolve in fewer clock cycles.

On the other hand, the further away you are from them, the performance will decrease due to the greater distance that the wiring has to travel. It is at that point where we notice that the random access memory is not inside the processor, which is the main reason for the bottleneck between the CPU and the RAM.

The distance between the CPU and RAM may seem small to us, but in view of the processor it is very high, so the only way to compensate would be to make the memory go at much higher speeds than the processor. It should be taken into account that when the CPU makes a request for access to the memory, a window of opportunity for data transfer opens. The key would be to reduce the communication time between both elements. Which on paper seems easy, however, it is not at all.

Read:  This will be the most powerful GPU created by NVIDIA: the RTX 3090 Ti

Increasing the number of pins is a poor economical solution, as it does not reduce the wiring distance between the two parts and would make the processor and memory larger. What’s more, the only advantage would be to be able to reduce consumption for the same bandwidth, but not latencies.

Why can’t the speed of the RAM be increased?

Transmitting information over long distances causes a problem in that the wiring adds resistance as the distance increases. It is for this reason that transmitting information from caches has a high consumption with RAM. To count what the data transfer consumes we use the Joules per bit, or Joules in English, and since these per second are equivalent to watts we can know the energy that is consumed.

Recently, new methods such as 3DIC have appeared that allow the RAM to be interconnected closely to the processor, in these cases the low latency is due to the proximity and it is not necessary to increase the clock speed. What’s more, they rely on a large number of interconnects to maintain a low clock cycle rate, so that the interface does not overheat and does not cause thermal throttling with the processor. This eliminates bottlenecks in this regard, but creates other bottlenecks such as capacity or cost, something that will be alleviated in the future.