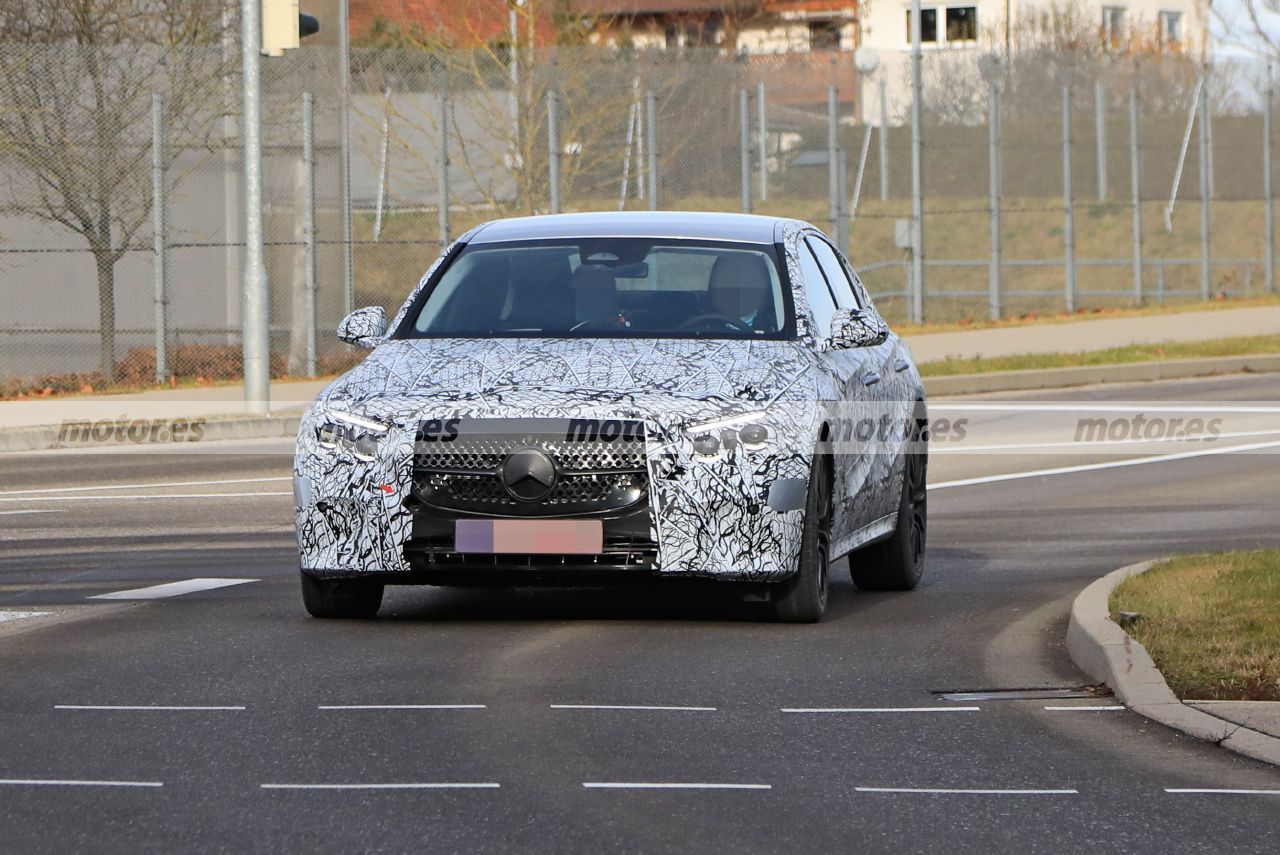 The new generation of the Mercedes E-Class is once again seen. On this occasion, the saloon of the star brand reappears in the vicinity of Sindelfingen. The new spy photos show the three-volume model covered in camouflage but abounding in exposed details, an important advance of a model that will be uncovered in just over a year in 2023.

The Mercedes E Class It is one of the key models in the structure of the star brand. Despite its positioning in the E segment, and the fact that SUVs invade all categories of the market, this sedan survives in most of the markets where it is present with a high level of comfort on board. One of the great arguments that demonstrate its commercial success, and for which a new generation is developing.

The new E-Class 2023 has already been seen in spy photos in southern Europe, where their prototypes first appeared, being sighted again in Germany. On this occasion, on one of the usual German roads near the Mercedes headquarters in Sindelfingen, and a usual route for testing future models. The new generation of the saloon is presented completely camouflaged, but the German firm keeps certain details in view. It doesn’t give the feeling, but changes radically compared to the current model for sale.

The headlights are sharper, now featuring a luminous bead of LEDs that runs along the top and bottom edge, while the radiator grille also features a completely new design. The grille has a new shape, being bigger and wider and with the new internal decorative pattern of multiple tiny stars as can be seen in one of the ends of the piece. At the opposite extreme, Mercedes will continue with the triangular design of the drivers betting on a new graphical distribution of light functions.

Read:  The production of the Bugatti Chiron, about to complete the ceiling

The new W214, as it is known internally, will retain traditional mechanically operated handles. This prototype in question equips them, but we have already seen that the first sighted test unit had the new electrically retractable handles, so it is expected that these are an optional or a standard component in the most equipped versions. The E-Class 2023 will offer the technological revolution experienced by the C-Class, with a large touch screen occupying the center console and inheriting the array of technologies from the new Star models. In fact, it will be the active steering of the rear axle will be present with different graduations, oscillating between 2.5º and 10º.

First recreation of the Mercedes E-Class W214, arrives in 2023

Mercedes, aware of the degree that they are taking the limits of CO2 emissions, so it will focus its range of engines from gasoline and diesel in the inline four and six cylinder blocks and all equipped with 48 Volt MHEV technology. The German firm will also seriously bet on plug-in hybrid options, with a maximum of four options that will be distinguished by the power figures. The German brand is obliged to distinguish itself from the competition in this area, so the battery will have a greater capacity and autonomy, exceeding 100 kilometers. The Mercedes E-Class will hit the market in spring 2023, in just over 14 months, around the month of April.