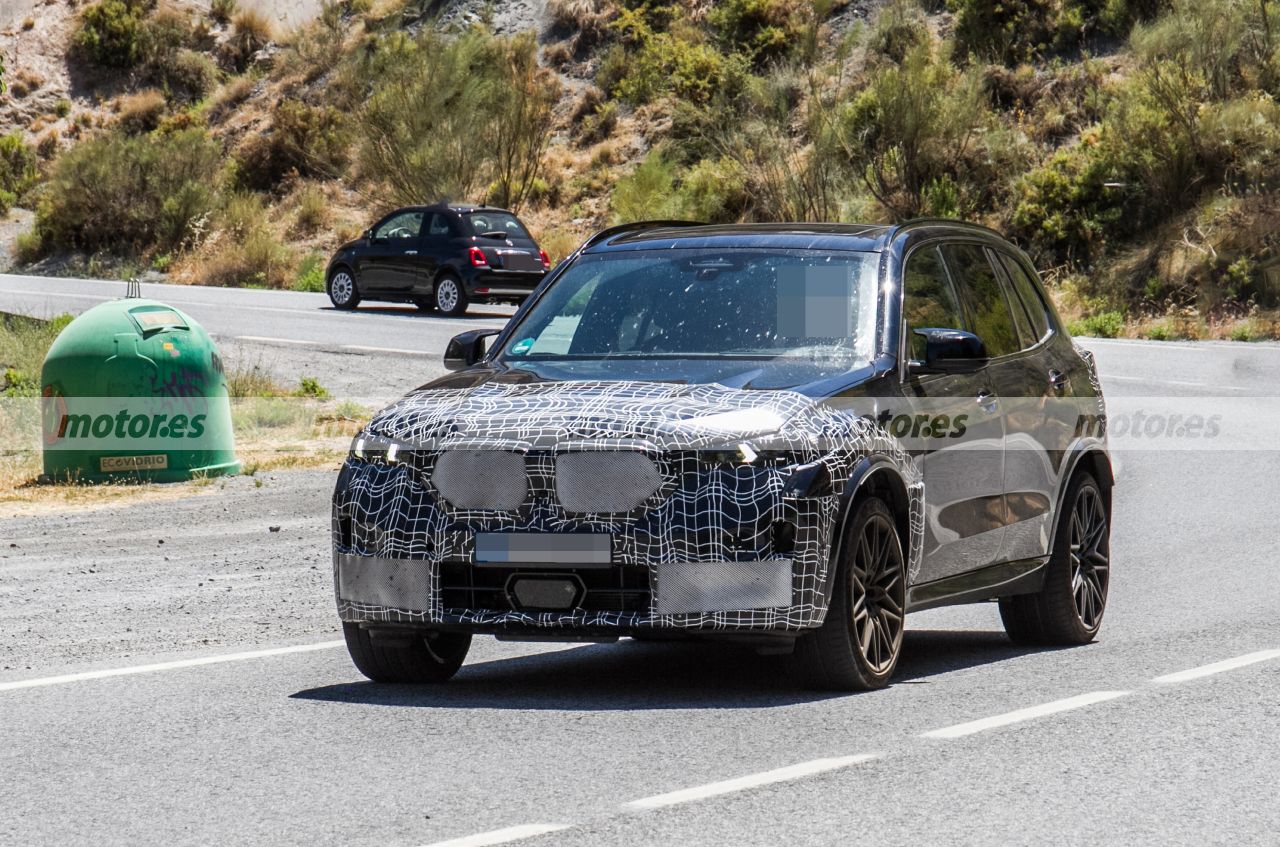 Prototypes of the revised BMW X5 M Facelift continue to roll without shedding their camouflage. The Munich brand will present the facelift in 2023, so it continues with its technical tests, ensuring perfect operation in all conditions.

BMW M technicians continue the testing program of the BMW X5 M Facelift 2023. The German firm has a large fleet of prototypes in different European regions, from the Alps to southern Europe, passing through the Nürburgring circuit.

All is little for an update that the sportier version of the BMW X5 will suffer for next year. These spy photos They show one of the units being tested, in bulky camouflage that doesn’t look like it’s going to go away until it’s revealed. Despite this, its finer headlights are noticeable, the main change together with an ovoid grille that it will present sharper edges and new double horizontal bars painted black.

The front bumper has also been revised, giving more prominence to the size of the air intakes. At the rear, the pilots remain hidden, since they will have a new light signature. The revised BMW X5 M Facelift 2023 will also add the specific design details of the “M Competition” package, as this it will be the only version for sale.

A more aggressive aesthetic that will also be transferred to the interior, with carbon fiber decorations in the transmission tunnel, steering wheel and part of the dashboard, a completely new piece that will house the new digital display “BMW Curved Display”. As usual in facelifts, the German brand will also print a new character in driving, making improvements to the chassis, steering, brakes and suspension.

Read:  IndyCar - Álex Palou, in the eye of the hurricane: «I am a warrior, we have a title to win»

The great novelty of the BMW X5 M Facelift 2023 in the mechanical section lies in its impressive 4.4-liter V8 biturbo engine. The gasoline propellant will become a MHEV with 48 Volt technology. Their 625 hp of maximum power will not be altered, but it will reduce fuel consumption and emissions. The sports SUV will continue to have the efficient all-wheel drive “M xDrive”, and the 8-speed Steptronic sports automatic transmission. A great novelty that is expected to debut before the end of the year, with the commercial launch scheduled for April 2023.

Cybercrime continues to rise in Europe, mainly in Spain

Is Qatar the alternative to Russian natural gas that Europe was looking for?