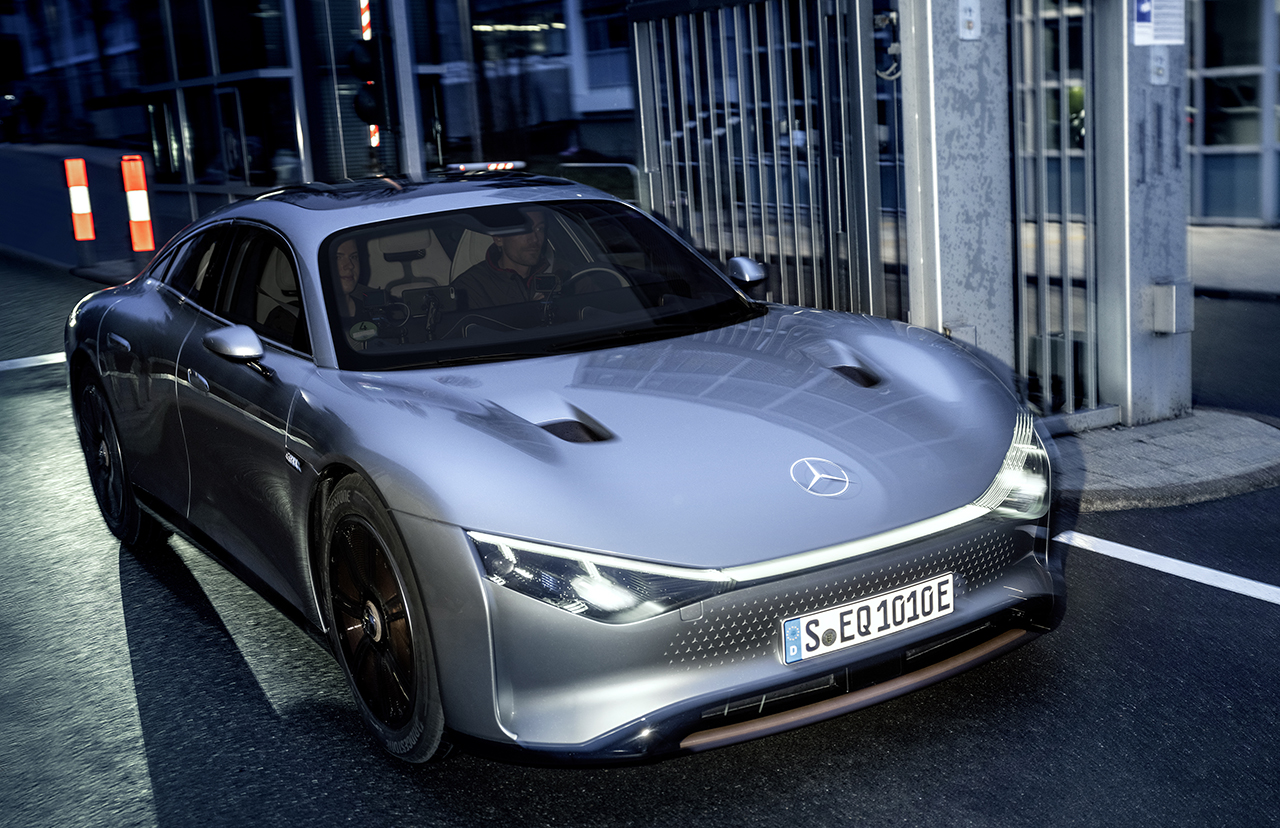 The Mercedes Vision EQXX was born as a dual-purpose concept car. On the one hand, to advance the design of the next generation of electric cars for the star brand, and as a technological demonstrator. equipped with a powerful battery that can offer autonomy for 1000 kilometers. A test that has been shown to pass with minimal consumption.

The star firm threw the house out the window at the beginning of the year when it was presented at CES 2022, the great electronics fair in Las Vegas, with the concept of the Mercedes Vision EQXX. A conceptual preview born with a dual purpose because, on the one hand, it presents a very advanced design style that we will see in the next generation of electric models of the star and, on the other, it equips an advanced propulsion system with a battery capable of offering 1000 kilometers on a single charge.

The great dream of most customers today, owners of some diesel and other gas-powered models, whose total autonomy can reach this figure e. even overcome. Those of Mercedes have not thought twice, for what they have done a test in real driving conditions with the Vision EQXX prototype naked, without any camouflageand with a full charge of its lithium-ion battery and positioned between the axles.

Index hide
1 The Mercedes VISION EQXX is an example of efficiency electric
1.1 The Mercedes Vision EQXX does not hide a new model, but interesting news

The Mercedes VISION EQXX is an example of efficiency electric

With a net capacity less than 100 kWh and with the cargo port sealed, he has managed to establish a autonomy record with 1,008 kilometers It runs from the Sindelfingen headquarters in Germany to the French Côte d’Azur, passing through the Alps region in northern Italy. A journey in which other new-batch electrics from the German brand also participated and in which they have invested no less than eleven and a half hours.

Read:  Hamilton's harsh response to Häkkinen and those who hint that he will leave Mercedes

For many a journey without difficulties, but the Mercedes have tightened the rope to obtain as much information as possible from this test, so they designed a special route, with circulation on conventional highways and also own mountain roads -also for going a little more unnoticed and avoiding unwanted images- descending and ascending sections of up to 14 continuous kilometers of ascent, with rain, wind, sun and with temperatures that have ranged between 3 and 15º. Added to these conditions is the respect of speed limits in France and Italy, and rolling up to a maximum speed of 140 km/h in Germany.

The Mercedes Vision EQXX does not hide a new model, but interesting news

Upon arrival at the destination, in Cassis, near Marseille, the VISION EQXX prototype clocked a total of 1,008 kilometers and a consumption of only 8.7 kWh/100 kilometersIn addition to still having 15 percent of the total available capacity. A percentage equivalent to 140 kilometers more, although the need for a power outlet in this limit is more than evident. A test that offers Mercedes to achieve a record of autonomy with a charge, but also to advance in a high-tech battery that will hit the market by the middle of the decade and that will eliminate at a stroke the so-called energy anxiety syndrome of car customers. electric cars.

UFL gives first glimpses of its gameplay; Is FIFA 23 in danger?