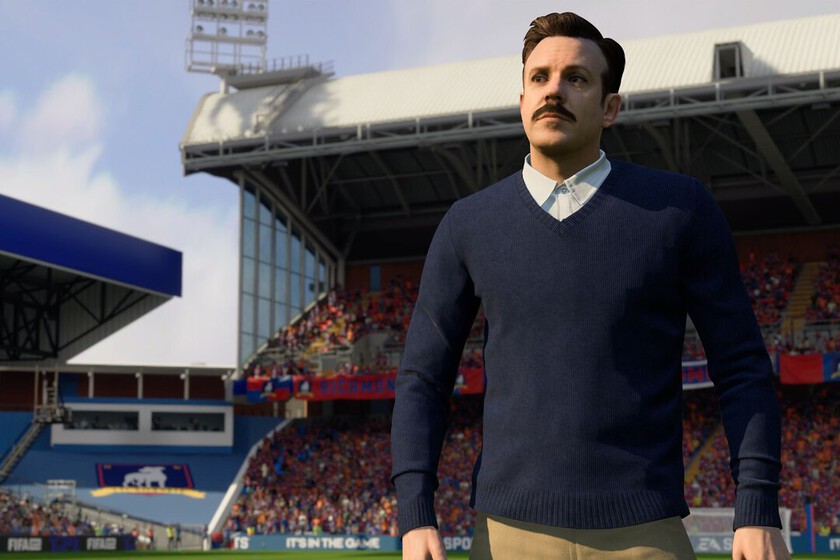 And it is that the English team will be available in various game modes such as Career mode, Kickoff, online friendlies and online seasons. To add more customization, kits, tifos, manager items and other content can be unlocked for our Ultimate Team and Pro Clubs. This is how Sudeikis himself celebrated the news.

“As long-time FIFA fans, having Ted Lasso and the entire AFC Richmond team brought into the new version of the game is truly a dream come true for me and the rest of the team. Our cast and crew work very hard on this show, and we’re flattered that it resonates with so many people. We can’t wait for our fans to have the opportunity to play with, play as, and even play against their favorite AFC Richmond characters.”

Not only will Ted Lasso himself be available, but we will be able to play in FIFA 23 in the legendary Nelson Road stadium with players of the stature of Roy Kent, Jamie Tartt, Sam Obisanya and Dani Rojas. In fact, Brett Goldstein himself, the actor who gives life to Kent, has not been able to contain his excitement at being in the EA title.

“It’s so fucking cool to be in FIFA. I’m not sure this is going to help dispel the CGI rumours, but damn it’s totally worth it. I’m looking forward to beating my nephew in a match with me as Roy Kent and him as Jamie Tartt. He’s going to be furious.”

FIFA 23 It will arrive on September 30 for PS5, PS4, Xbox One, Xbox Series, PC and Stadia. You can prepare for early access on September 27 with the offer of less than one euro for EA Play.