The problem for which they would withdraw Maradona from FIFA 22 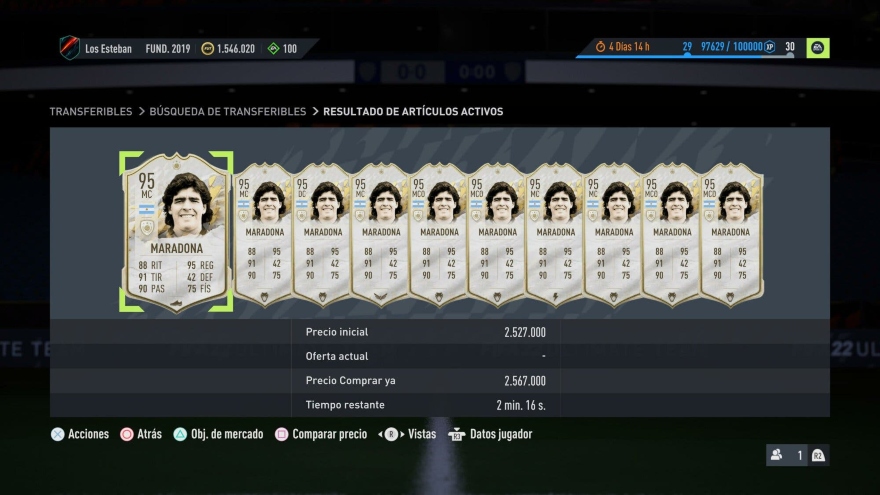 Almost a year after his death, Diego Armando Maradona makes headlines again, although this time not because of his sporting prowess, excesses or erratic behavior, but because it is highly likely that he will be removed from FIFA 22.

Maradona’s image is currently the subject of legal dispute in Argentina, because the company Sattvic, owned by businessman Matías Morla, stated before the judicial authorities of that country that it is the only rights holder of football astro brand.

The action was due to Electronic arts, developer and publisher of FIFA 22, uses the picture of Maradona in Ultimate Team mode as an icon card, which in turn obeyed the agreements that the company signed with Stéfano Ceci, who was a friend and manager of the ‘Pibe de Oro’ and who could not prove brand ownership.

According to documentation held by infobae, Argentine judge Marcelo Gota decreed the precautionary measure of remove Maradona from FIFA 22, since the defendant “You are using the brands and image of Mr. Diego Armando Maradona without authorization“. Likewise, he stated that the documents offered as evidence show an expiration date that took place on February 1, 2021.

So it makes Electronic arts, the judge pointed out that the precautionary measure that was extended to him is to immediately cease use of the mark in whatever medium in which it is being used.

At the time of writing this text, Maradona is still available in Ultimate Team from FIFA 22.

These are interesting days when it comes to Electronic Arts and football, as the rumor also circulates that the company did not renew the FIFA license and the biggest suspicion is that 2K will be in charge of using it and exploiting it in the future.

Read:  Hours and how to see Apple's 'Unleashed' keynote and the new MacBook Pros