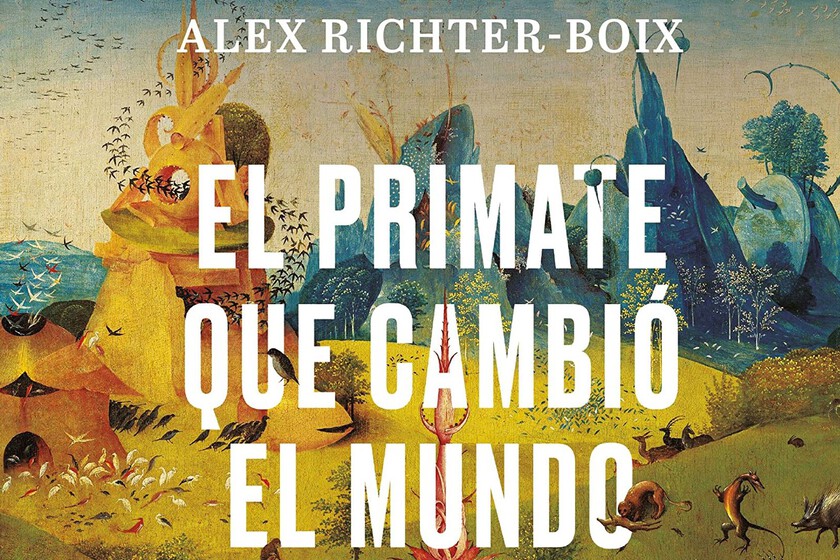 Household air pollution, driven largely by indoor stoves, caused 700,000 deaths in Africa, while increased outdoor air pollution claimed 400,000 lives. It is just one of the latest examples of how humans have altered ecosystems.

That’s what it’s about The primate that changed the world, from Alex Richter-Boix. A text dotted with discoveries, curiosities and stories, especially interwoven stories about everyday aspects that, from this new point of view, are no longer so. What the hell: Alex makes the everyday become epic. Rats, pigeons, a chewing gum…

There are two hypotheses to address the Earth’s ecosystem from a holistic point of view. On the one hand we have the Gaia hypothesis, popularized by James Lovelock. In opposition to this kind vision of the biosphere, the so-called Medea Hypothesis, popularized by the paleontologist and astrobiologist Peter Ward, from the University of Washington, is opposed. The two sides of the coin. Alex shows us how the human being is a primate that changed the world, but also that the world has not stopped changing.

Not in vain, Álex not only has theoretical training, but also practical, because after obtaining a doctorate in Biology from the University of Barcelona, has worked chasing frogs in swamps in several countries, lifting stones in search of newts, counting insects, photographing thousands of tadpoles, and immersing themselves in the world of population genetics and amphibian microbiomes in order to understand microevolutionary processes and the responsiveness of organisms to fluctuations environment, climate change and emerging diseases.

The primate that changed the world: Our relationship with nature from the caves to today (geoPlaneta Ciencia)

We have been interacting with the environment for thousands of years, altering plant and animal communities, domesticating species and landscapes for our needs, even altering atmospheric and geological cycles. Biodiversity is slipping away from us without us even being aware of it. What is extinguished, what disappears, passes into oblivion in less than a generation. This book tries to combat this great ecological amnesia by looking back to 300,000 years ago, when a new species of primate appeared that would be capable of shaping its environment to unsuspected limits. That capacity defines us as human beings, but it is also responsible for the ecological crisis that our planet is suffering today. We can only face it if we know where we come from.