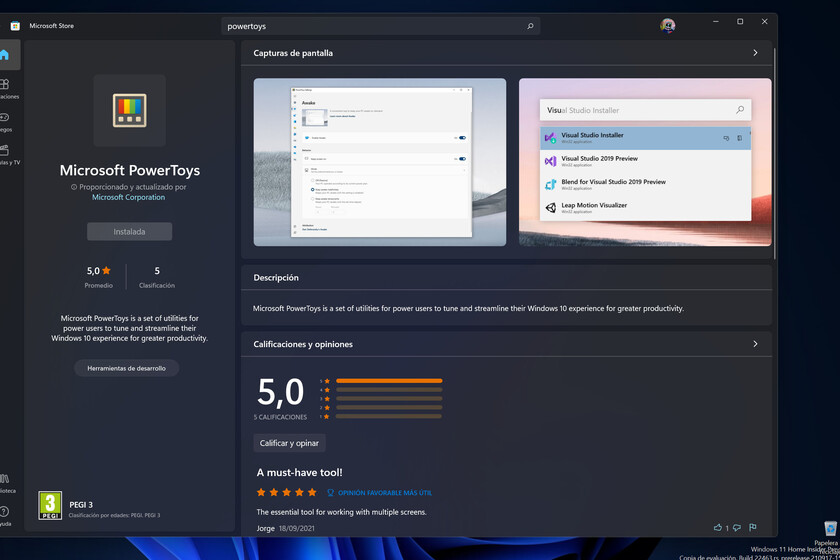 A few days ago we saw how the PowerToys released a download method. It was no longer mandatory to go to Github, since they can already be downloaded from the Microsoft Store. And so we already have version 0.47 with us of the PowerToys in the stable channel.

Nothing to do with the experimental 0.46 version that we already saw and that could only be downloaded from Github. Version 0.47 arrives with fixes and improvements that include the Ability to activate the Shortcut Guide at the touch of a key.