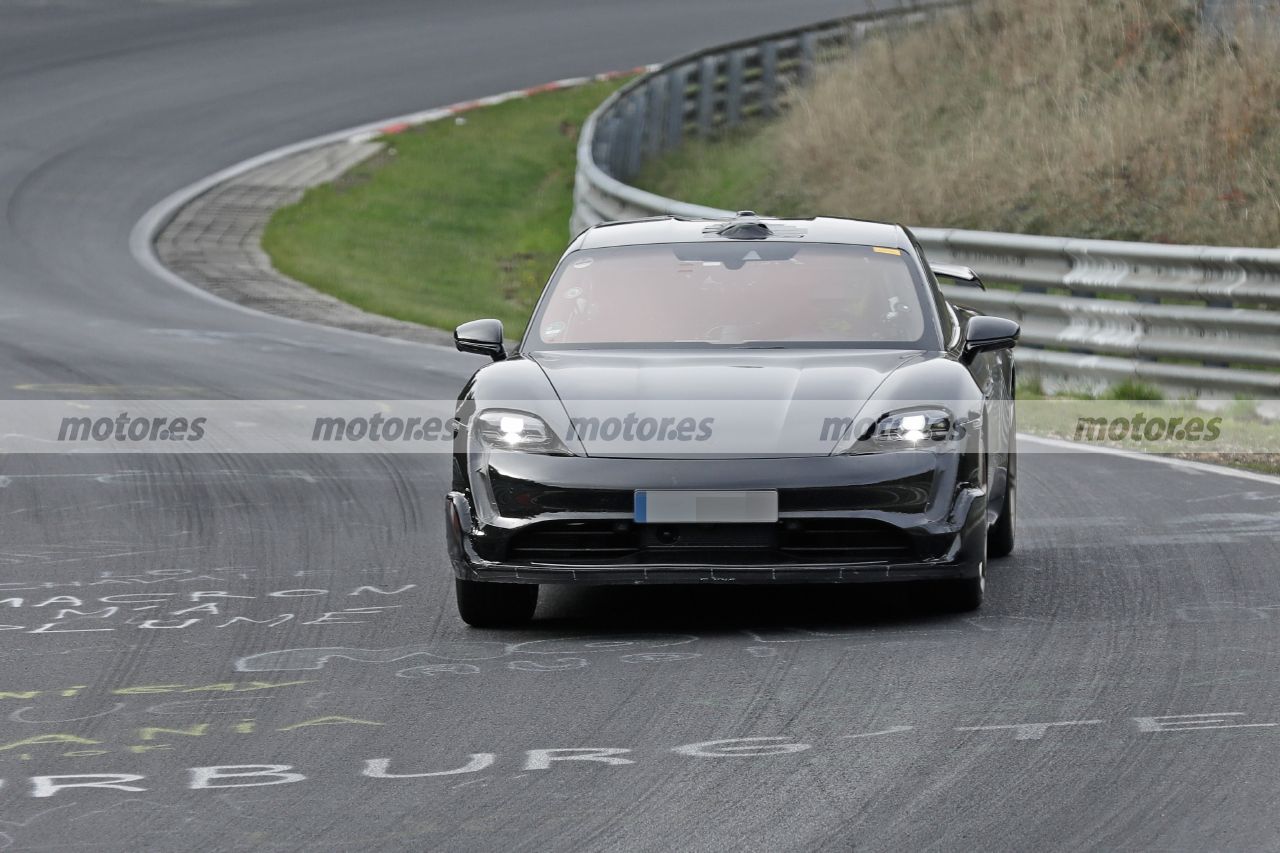 Porsche technicians have already been able to put on the helmet. This time, the conditions have allowed the new Porsche Taycan Turbo GT to step on the Nürburgring and pose in spy photos on its asphalt. The 100% electric sports saloon will become one of the most powerful and fastest models in its category, with more than 1,000 CV.

The mysterious mule porsche taycan sighted a couple of days ago, which could not enter the Nürburgring circuit as its doors were closed due to inclement weather, it has already set foot on the asphalt of the German track. A new version in which the German brand is working to launch on the market in 2024along with a facelift that is also underway.

These are the first spy photos new Porsche Taycan Turbo GT, a true beast that will stand up to the Tesla Model S Plaid, two electric sedans that have been disputing the record for the fastest model on the German circuit. This version, which will become the most powerful in the Taycan range, has taken advantage of the first hour of the morning to make the most of its new adjustments to the chassis and its electric motorsrevealing some interesting details.

The mule of the new Porsche Taycan Turbo GT has a camouflaged bumper and an added piece covered in camouflage that powerfully draws attention for being more prominent than in the Turbo Ssince it incorporates a new spoiler on the lower lip to print more downforce on the front axle, in addition to having some vertical fins at the ends bumper, just ahead of the front wheels.

In addition, the front grille has no internal divisions and expands the cooling flow. Aerodynamics are key, which is why you can also see new side skirts and a new diffuser at the rear, with new channels and larger fins in the extremes. The retractable spoiler of the Taycan disappears, now with a slim spoiler in a suggestive duck wing shape below the brutal spoiler supported by gooseneck spars and with a large wing area.

A more brutal image with important changes in its electric motors, which will exceed the 1000 hp maximum power. A figure not far away if we take into account that the Taycan Turbo S already offers 761 hp. The real challenge that Porsche will face will be its battery, especially manage the form of energy regeneration to offer maximum performancewhile maintaining a decent maximum autonomy that, without a doubt, will lower the 469 kilometers of the Turbo S.