The Polestar 2 will receive news in 2023, spy photos of the facelift 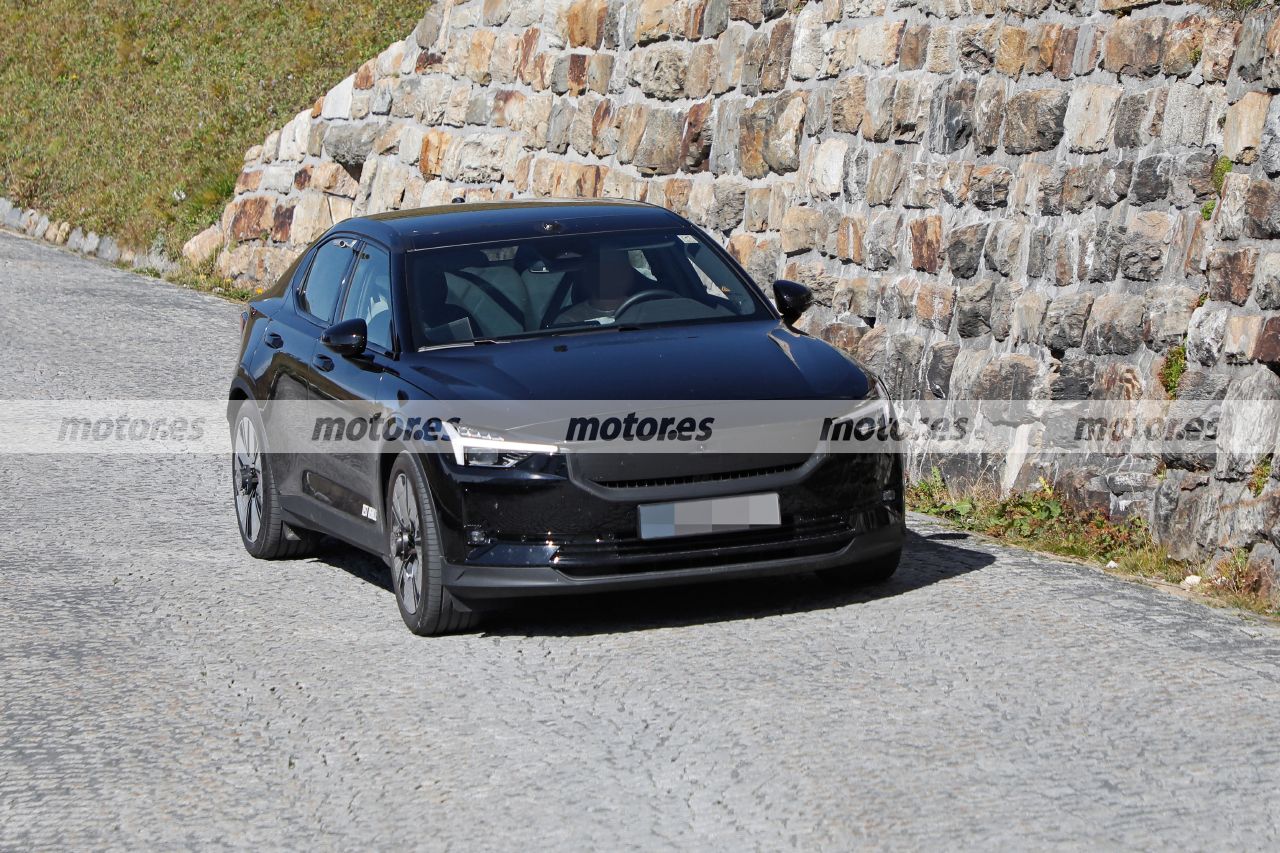 The 2024 Polestar 2 Facelift has been hunted down in tests in the Alps. The Swedish sports brand has traveled to the Tyrol to test a series of improvements in its successful electric saloon, which you can see in these spy photos completely naked and showing new details.

The Polestar 2 It has become a very successful model for the Swedish brand, capturing more and more markets. Although the manufacturer from Gothenburg regularly introduces improvements, the brand has moved a prototype to the Austrian region of Tyrol to carry out some tests, where it has been surprised by our envoys to the area.

The 100% electric model has been hunted while stationary and in motion, with an arsenal of devices inside necessary for the tests that the technicians are carrying out on the steep roads in this area of ​​the Alps. The Polestar 2 Facelift 2023 hardly has camouflage, only in a cover that hides a new grill designwhich abandons the internal framework of small squares and opts for thin vertical bars closer together that fill the entire radiator grille of this Polestar 2.

Index hide
1 Spy Photos Polestar 2 Facelift 2023
1.1 The most exclusive and dynamic Polestar 2 already has a price in Spain

But it also stands out a revised bumper which does not flush with the headlights as in the current model, but rather sets them back by acting as an aerodynamic visor on the sides. You can even see a new shape of the bumper just below the headlights, and in which the two small covers that house the headlight washers have disappearedan element that is neither necessary nor mandatory in Full LED lighting.

A very slight change on the outside that will be complemented by improvements on the inside, affecting the quality of the materials already improved chassis tuning, judging by the tests that are being carried out on the resistance of the shock absorbers and the suspension, in addition to a new, more energetic calibration of the brakes, one of the elements that suffer the most fatigue in electric cars, given their high weight. The brand’s engineers test the speed of rotation of the wheels and the operation of the ABS.

Where there will be no news is the scope of the versions. The Polestar 2 you will not receive more power or more autonomy in your battery, keeping intact the current offer of 231, 408 and 476 hp, together with the 69 and 78 kWh batteries, which can offer up to 542 kilometers on a single charge. A few simple improvements will be available from mid-2023.