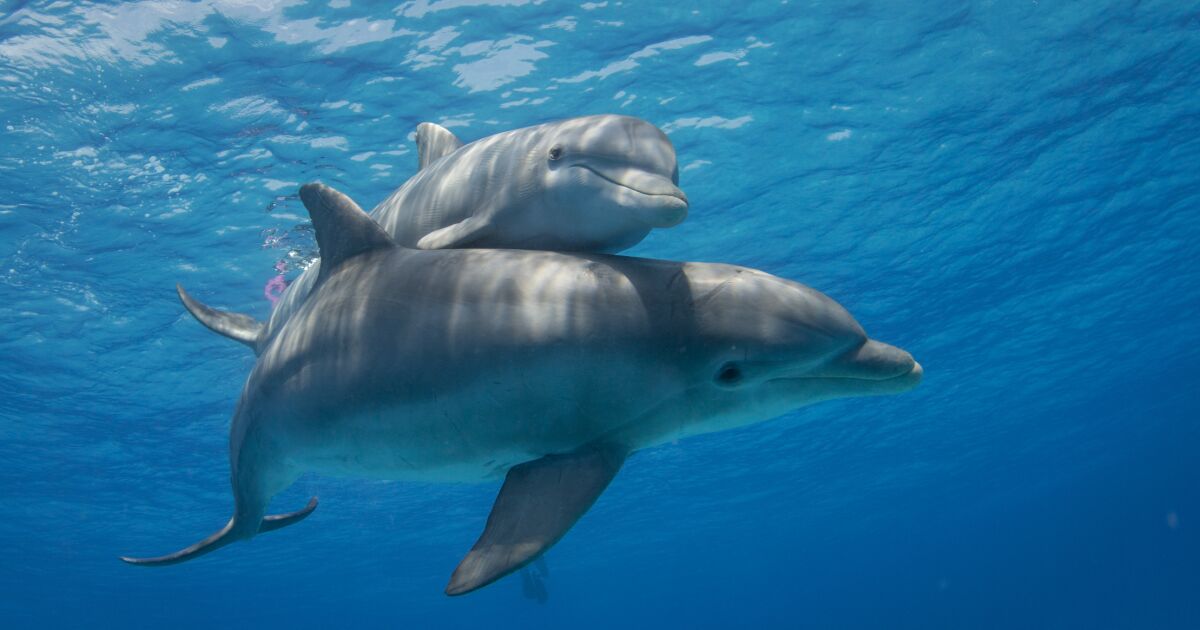 Lead author and animal genitalia expert Patricia Brennan of Mount Holyoke Collegeexplained to the AFP that non-human sexuality is an area of ​​study little addressed, especially that focused on females.

“These are things that are critically important for us to understand evolutionarily. They may have something to teach us about our own sexuality,” he said.

Aside from primates, dolphins are one of the main species known to use sex as a way to create and maintain social bonds.

These aquatic mammals have sex – even females with females and males with males. throughout the year, and the clitoris is located at a point that would be stimulated during copulation.

All of these behaviors suggest that they enjoy the experience, but Brennan and her colleagues wanted to confirm the idea and gain deeper biological insight.

Do Nothing for One Minute ☀️

Take a breath, turn up the volume as we take you to the Red Sea, where bottlenose dolphins play -Videographer: Ziggy Livnat. pic.twitter.com/dB9SNWHx8X

As it is difficult to analyze dolphins having sex under laboratory conditions – such as to collect data such as their pulsations or scan their brains – they decided to study the functionalities of the clitoris to draw conclusions.

For the study, they carried out a detailed analysis of the clitoris of 11 females who died of natural causes and found strong evidence to support the functionality of this organ.

The first functionality found was the presence of erectile tissue structures, with many blood vessels.

“What that means is that these are tissues that swell with blood, similar to what happens with a penis and with the human clitoris.“Brennan said.

The shape of these structures changed between young and adult, indicating that they are used when the animal becomes sexually mature.

Second, they found that the clitoris has large nerves and many nerve endings just under the skin, similar to human fingertips – and, of course, genitalia as well.

In addition, the skin of the clitoris is very thin to increase sensitivity.

Finally, they found sensory structures called genital corpuscles, which are quite similar to those found in the human penis and clitoris, and which are known to exist specifically to provide pleasure.

Humans shared a common ancestor with cetaceans about 95 million years ago, which makes the similarities surprising – since the relationship is different from that with primates, from which we separated about six million years ago.