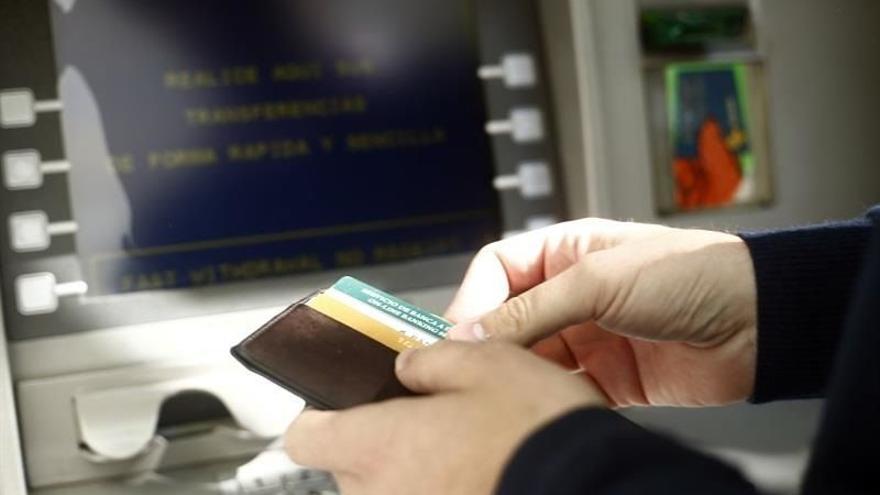 The newly established Platform for the Elderly and Pensioners (PMP) has requested to meet “as quickly as possible” with the First Vice President of the Government and Minister of Economic Affairs and Digital Transformation, Nadia Calviño; the Minister of Consumption, Alberto Garzón; the Ombudsman, Ángel Gabilondo, and with the general director of Imserso, Luis Alberto Barriga, with the aim of addressing the financial exclusion.

In a statement, the platform explains that it has requested these meetings with the aim of transferring its concern about “the financial exclusion that older people are suffering”, caused by the closure of “thousands of bank branches that has been going on for years.”

It indicates that the closures “have caused very serious difficulties -in thousands and thousands of cases, a total impossibility- for this group in terms of the use of ATMs and online communications”.

In the letter sent by the PMP to request the meeting, the president of the platform, Ángel Rodríguez Castedo, has affirmed that financial exclusion “has serious consequences for the elderly (especially the very old), who feel abandoned, humiliated, even useless”. “This is abuse. Ageism,” he added.

Among the measures proposed by the PMP, highlights the “need” for a new regulatory framework that adequately protects the rights of older people regarding access to banking services.

In this sense, the organization recalls that there is currently a preliminary bill in process to regulate customer service, approved by the Council of Ministers on November 16, 2021, in which shall establish the right of consumers to obtain free, effective, accessible, inclusive, non-discriminatory and assessable care from the provider of goods and services.

Read:  A group of billionaires held a party at Dracula's castle. Now Romania wonders who

Likewise, the PMP has demanded that the banking sector implement responsible measures such as the creation of an “elderly manager” in each of the bank branches with the aim of helping the elderly in their interaction with the bank.

It has also requested that digital services be complemented with “good telephone attention”, the installation of cash dispensers beyond the bank branch, especially in the Rural Spain, or the increase in the digital skills of the elderly, among others.

In addition, the PMP has stressed the need to make the banking sector see the “reputational opportunity” to implement inclusive measures for the elderly and to work “from the conviction that the necessary digitization is possible without leaving anyone behind “.

The platform echoes the initiative launched by Carlos San Juan, a 78-year-old bank user, which has been published on change.org: ‘I am 78 years old and I feel left out by the banks. Human attention in bank branches’.

As a result of this campaign, the first vice president, Nadia Calviño, met with the main banking associations on January 20 with the aim of requesting measures from the sector to guarantee access to banking services for the entire population, including people older than 65 years.

The PMP has been launched by the Democratic Union of Pensioners (UDP); by the Spanish Confederation of Organizations for the Elderly (CEOMA); and by ONCE. In total, it brings together 15,079 associations and nearly 5,746,000 members.