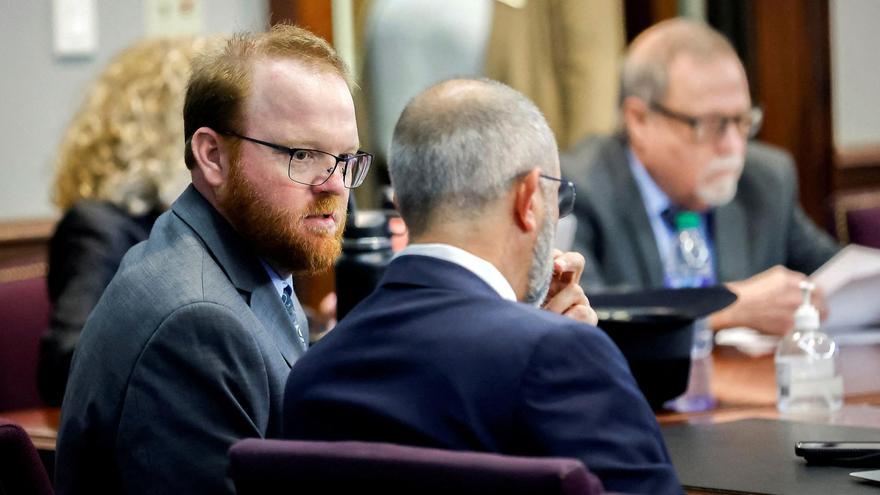 Three white men, found guilty by a jury of murder to the African American Ahmaud Arbery while playing sports in the town of Brunswick (Georgia, USA), were sentenced this Friday to life imprisonment.

Georgia Superior Court Judge Timothy Walmsley read the sentence for Gregory and Travis McMichael, who are father and son, and their neighbor William “Roddie” Bryan. The McMichaels will not have the option of granting parole, while Bryan will.

Arbery, 25, passed away on February 23, 2020 while exercising in Satilla Shores, a mostly white area in Brunswick, Georgia, after being chased by the McMichaels with their guns, joined by Bryan, who videotaped how Travis shot the young man killing him.

Later, the dissemination of this video on social networks generated protests And his case joined others that sparked a wave of outrage in 2020 following the death of George Floyd that sparked anti-racism protests and riots across the country.

Before the reading of the sentence, the magistrate wanted to stage a minute of silence in the court to represent “a fraction of the time Ahmaud Arbery was running at Satilla Shores”, which was five minutes, while being pursued.

“When I think of this,” Walmsley continued, “I think of it from different angles, and I keep coming back to the terror that settled in the mind of a young man in Satilla Shores “, in reference to Arbery.

The session for the reading of the sentence began at 10 a.m. local time (3 p.m. GMT) and lasted for five hours, where the prosecution and the defense summarized their arguments and expressed their differences. on whether the defendants should agree to provisional release or not.

Arbery’s parents and sister also spoke at this hearing, where they asked for the maximum penalty for the three men who were present in the room.

Arbery’s mother, Wanda Cooper Jones, considered the culprits “They have shown no remorse and do not deserve indulgence.”

“This was not a case of a mistaken identity or an error of fact. They decided to attack my son because they did not want him in their community. They chose to treat him differently from other people who frequently visit his community and, since they could not scare or intimidate him enough, they killed him, “he said.

Later these words of the mother were cited by the judge himself at the time of reeling off his sentence.

On November 24, a jury, made up of twelve people, all white except one black, found all three defendants guilty of Arbery’s murder.

All three were found guilty of the crime of murder, meaning that all three committed crimes that led to the death of the victim.

Travis McMichael was found guilty, furthermore, of treacherous murder, which means that he intended to kill, while his father and neighbor have been exonerated of that charge.

Specifically, each of the defendants faced nine counts for the death of Arbery.

Apart from this judicial process, the McMichaels and Bryan face another trial for the federal route for having committed hate crimes and for attempted kidnapping, which is expected to begin next February.

Outside the courthouse, in Brunswich, Georgia, there was a crowd of protesters gathered who celebrated the sentence this Friday.

They wanted Resistance to have an open world game

What to expect from Windows in 2022