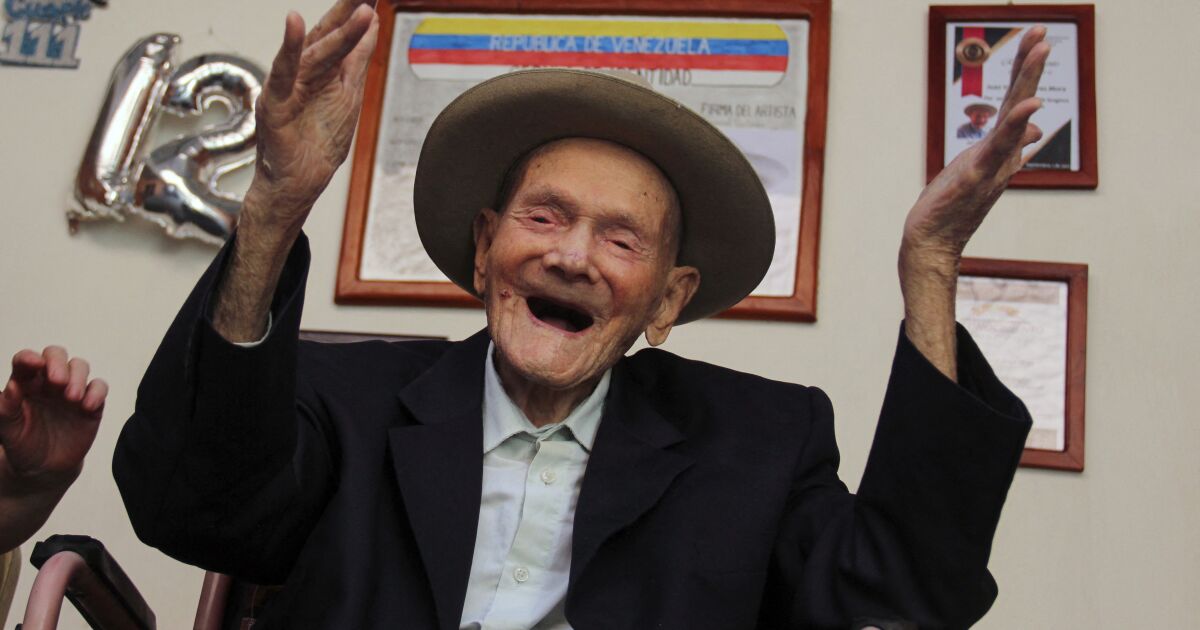 In 10 days he will be 113 years old. “He has exceptional health and memory. He remembers his childhood, marriage, the names of his siblings, children and grandchildren. He loves being surrounded by family and friends as they tell stories and engage in good conversation,” the organization said in a statement.

This man’s secret to a long life, the text added, includes, in addition to hard work and a good night’s sleep, “drinking a glass of brandy every day.”

Pérez began working at an early age as a farmer. At the age of 5, he was already helping his parents with the sugar and coffee crops, and during his adulthood he also served as a bailiff to resolve land disputes in the town where he lived, Caricuena.

His advice is to drink a glass of brandy every day

His family feels “very grateful for the health” that Pérez has, according to one of his daughters, Nelyda.

The man wants to be remembered as a hard-working person, faithful to his wife and his deep religious devotion.

The oldest man in the world was until last January the Spanish Saturnino de la Fuente García, born on February 11, 1909, was also 112 years old and was just under a month away from turning 113.

The oldest living person is a French woman, Sister André and whose given name is Lucile Randon, born on February 11, 1904. She is 118 years old.

Read:  Man recreates Coca-Cola Zero with coriander and acid. This is how his formula turned out

Venezuela already accumulates several other Guinnesses, including natural beauties such as Angel Falls, the highest waterfall in the world, or the so-called “Catatumbo Lightning”, the site with the largest number of electrical storms on the planet.

Last November, he achieved the record for “the largest orchestra in the world” with his acclaimed Sistema, which gives access to musical education to thousands of children from popular classes.