Bullfrag
Home Science The oldest evidence of a human foot is found and it is... 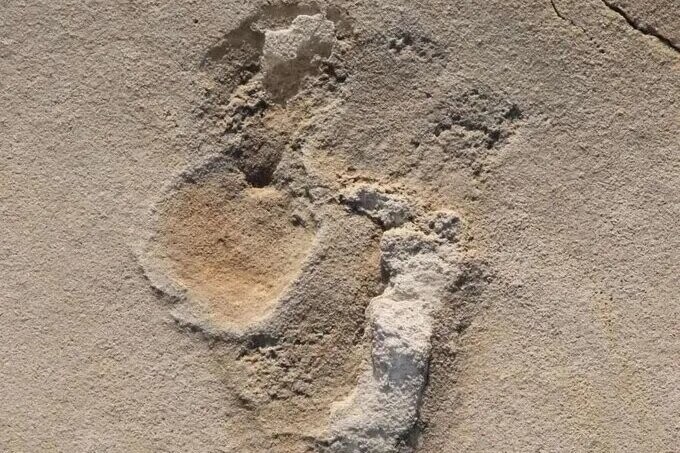 They are six million years old and constitute the oldest direct standing evidence of a human ancestor used for walking, that is, that these pre-human footprints they are almost 2.5 million years older that the traces attributed to the Australopithecus afarensis (Lucy) from Laetoli in Tanzania.

This is what a recent study published in the journal suggests Scientific Reports who has dated the traces of fossilized sediments found a few years ago on a cretan beach, near the village of Trachilos.

The most famous specimen we have recovered, one of the earliest members of Australopitechus afarensis that have been discovered, is Lucy, born about 3.2 million years ago. It was named after its discoverer Donald johanson, in 1974, in honor of a Beatles song, Lucy in the sky with diamonds, which that night was ringing in the base camp of the researchers who were digging in the Awash Valley, in Ethiopia.

Now, an international team led by researchers from the University of Tübingen (Germany), have used geophysical and paleontological methods to date these new footprints, which represent the oldest direct evidence we have of the existence of a foot similar to the human and used for walking. .


Map of the location of the study in Crete (white square) along with the Aegean Sea.

The Australopithecus afarensis, which lived 3.9 million years ago, was once considered to be one of the possible hominids that left their tracks on Crete. However, this new study suggests that it was probably the Graecopithecus freybergi, a primate that inhabited the Earth 7.2 million years ago and that potentially the oldest direct ancestor of humans. Graecopithecus is an extinct genus of hominids of which there is only one known species: Graecopithecus freybergi, known only from a skull fragment from 1944.

Read:  Why words become more difficult to remember as we age begins to become clear

In addition, the study confirms the thesis according to which six million years ago the European continent separated from East Africa by a relatively brief expansion of the Sahara.

According to the research team:

This morphology includes characteristics that are currently considered unique to hominids, such as the presence of a ball on the forefoot, a robust, non-divergent hallux placed next to digit II on the distal margin of the sole, and digits II to IV each. shorter and shorter.

This footprint, then, could be (if it is confirmed that we are facing such an old specimen) an example of very early standing, probably one of the adaptations that have changed our evolutionary history the most. The good thing about standing is that it allowed us to save energy when moving around. Chimpanzees, when they have to walk on a treadmill wearing an oxygen mask in a laboratory, have been shown to require four times more energy than humans to travel a certain distance because they spend a lot of energy to permanently contract their back, hips and thigh muscles to avoid falling. For that reason, a chimpanzee barely walks 2 to 3 kilometers a day.

Determining which hominid species the tracks belong to is not an easy task, so we are still in the realm of speculation. However, the discovery constitutes one more vibrant piece to the puzzle of our ancestral heritage.