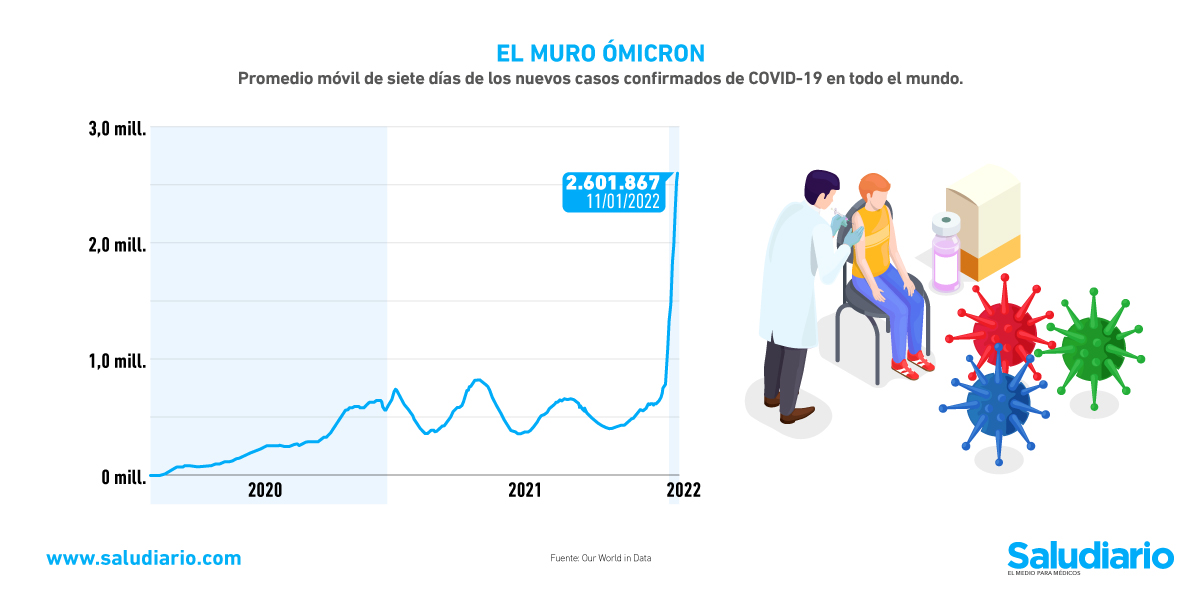 A constant in all viruses is mutation. They can change their structure and one of the consequences is that they become more difficult to attend to. It is precisely what is now being experienced with the Omicron Variant that has become one of the greatest threats to humanity. Its main drawback is how quickly it has spread to the point of causing a new health crisis that seems to have no end.

To begin with, the November 26, 2021 the World Health Organization (WHO) classified the new variant B.1.1.529 that emerged in South Africa as of concern. In addition, he decided to name it with the Greek letter Omicron. The decision was based on the evidence presented to the Technical Advisory Group, which indicates that it has several mutations that could affect the characteristics of the virus. For example, how easily it spreads or how severe the symptoms it causes. The current knowledge in this regard is summarized below.

within the WHO advice They are: increasing surveillance and sequencing of samples taken from cases; exchange genomic sequences in open databases, such as GISAID. Initial cases or clusters of cases should also be reported; and carry out field studies and analytical evaluations to better understand if it has different characteristics in terms of its transmissibility and the disease it causes or if it affects the efficacy of vaccines, treatments, diagnostic tests or social and preventive measures. public health.

Countries should continue to apply public health measures that have been shown to be effective in generally reducing the circulation of the virus that causes COVID-19, based on risk analysis and a scientific approach. In addition, they must increase their response capacity through medical and public health resources to deal with possible increases in the number of cases.

Although the best parameter to analyze the seriousness of what is happening today is the drastic increase in infections that has been registered throughout the world. In recent weeks there has been an increase in new cases of Covid-19 that threatens to test the limits of health systems around the planet.

Infections triple in the world

According Our World in Data, the seven-day rolling average of new cases globally amounted to 2.6 million. The figure represents just over three times the previous peak reached at the end of April 2021. Due to the appearance of the Omicron Variant, in many countries there is an increase in cases that is more like a vertical wall than a climb constant, as seen in previous waves. In fact, the WHO already warned yesterday that half of the European population will be infected during the next six or eight weeks.

Furthermore, early analyzes from South Africa suggest a lower risk of hospitalization and death among people infected with the Omicron Variant compared to those infected with other mutations. However, health experts continue to warn against being overconfident because the high rate of expansion could overwhelm health systems.