the nostalgia of traditional cooking in a ‘plant based’ version 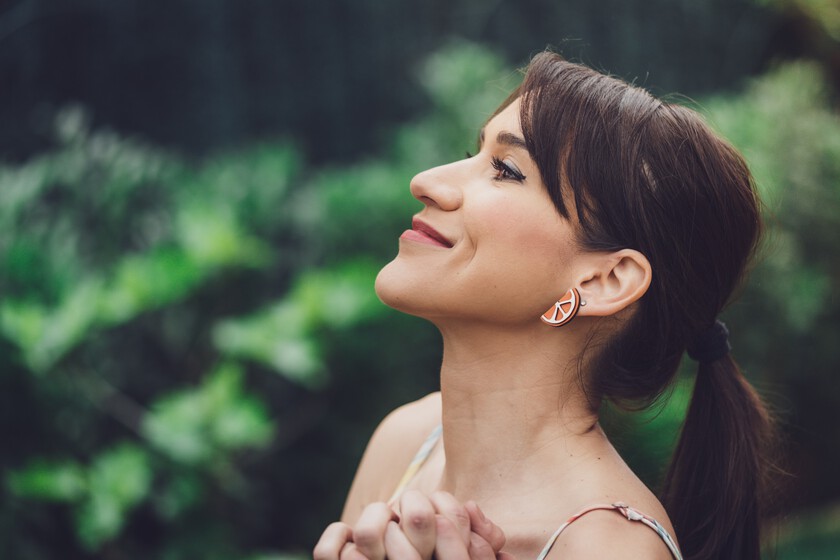 “I want you to stain it, because that is a sign that you use it a lot,” says Gloria Carrión, better known on social networks as @lagloriavegana, compiles her best recipes in The Vegan Kitchen Bible from Oberon publishing house. He is a definitive handbook to dominate (and conquer) the kitchen plant based.

The author of two books, “Easy Vegan Recipes” and “Healthy Family Cooking”, debuts her latest creation: the Bible. A founding and mandatory text to introduce or deepen the vegan culture. With more than 200 recipes, shows how everyone can discover vegetable cooking and fall in love with it. It’s fun and it’s tasty, says Gloria, it’s a celebration of the vitality and variety of plants.

From Spain and the world, Gloria specializes in transform traditional recipes “of a lifetime”, to his vegetable version. Yes indeed; without sacrificing flavor, history and emotion. In his case, some meatballs with sauce were the trigger.

“First because of my grandfather and then because of my mother, it’s such a typical dish at home. There was a Christmas when my mother was making the meatballs and being there in the kitchen, I caught the aroma and returned to the memory of eating those meatballs with my grandfather” recalls Gloria wistfully. Since then, the “vegan meatballs my grandfather’s style“, which in addition to being one of the most successful recipes and requests in social networks, maintains the essence of family memory. “Tears of happiness fall down” she assures her whenever she prepares the recipe.

On Instagram, every day he shares with his more than 500K followers, the most varied recipes; from sweet potato and potato omelette, tofu sticks to ramen, and sweet treats like pumpkin donuts and chocolate cakes. The followers go crazy with the proposal, which in addition to being tasty, it is showy to see and easy to follow. His recipes are not only accepted by the veggie community, but also brings the vegan movement closer to those curious people who are looking for a change in their diet.

“The quick stew” says the author, it is one of the stars of the account for its simplicity and depth of flavor, taking into account that it only takes 30 minutes to cook. Orange tofu and brioche with chocolate chips are also in the book at the request of fans. Regarding the seal of “vegan” and “vegetarian”, Gloria makes the distinction that not everything vegan is healthy and ensures that the vegan label encompasses more than food, “it is A lifestyle that imparts non-animal suffering in all areas”.

Read:  What is jambalaya, the iconic dish of Cajun and Creole cuisine (and it's not just Louisiana "paella")

In quality of gastronomic businesswoman, has its own delivery from Freshperts. An app that allows you to enjoy vegan chili, the famous pasta with meatballs without meat, up to the original interpretation of the fish and chips with the hallmark of @lagloriavegana, are some of the main dishes that can be enjoyed at home. In the case of desserts, there is the vegan version of the classic cheesecakethe glory cheesecake or the creamy chocolate and cream for those with a sweet tooth.

In addition to a private membership, known as “The Glory Club”, where it is possible to find recipes, menus, workshops and ideas for batch cooking. And as if that were not enough, Gloria shares the highest quality video recipes every day with almost half a million followers! Despite her full schedule, without losing her smile and spontaneity, the creator of “The Vegan Cooking Bible”, she seeks to recover those significant dishes that have always been at home, in her version plant-based. Whether it is for enjoyment and meeting, it teaches us that a new way of eating without ingredients of animal origin is possible in equally delicious recipes.

The Vegan Cooking Bible: Discover Everything About Plant Based Cooking (Singular Books)

Image | Manel Garcia from Addicted to Hummus
In DAP | Addicted to humus, the veggie account that is sweeping Instagram: “Instead of showing the cruel side of not being vegan, we want to highlight the positive side of being one”
In DAP | Chloé Sucrée, from Biotiful Moments: “Making vegetarian cuisine something varied and visually appealing breaks many barriers”