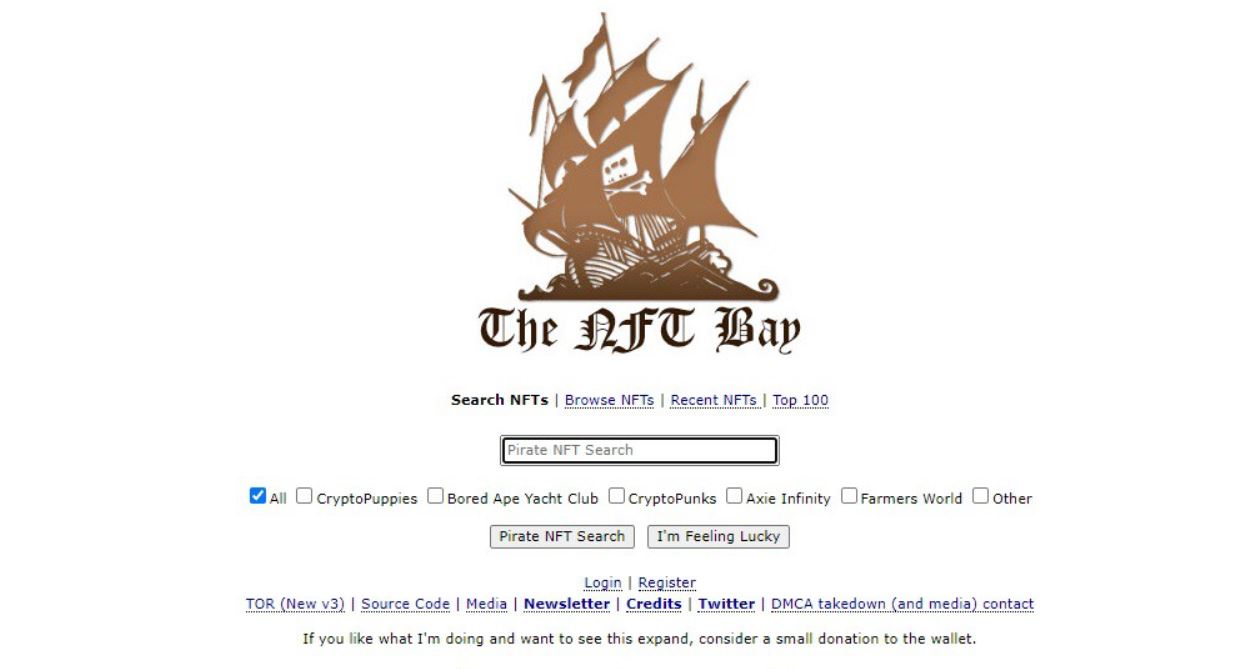 One of the most common criticisms of NFTs in images is that, despite having a “differentiator” that makes them unique on the Internet, users can get a quick copy of that same image, with the same format, on their website. PC. The same thing happened with the NFT profile pictures for Twitter that they launched last week, for example, which can be downloaded normally and integrated into one’s profile picture without barriers. That is why a developer launched a new NFT image hacking platform to criticize the blockchain system.

The NFT Bay is the NFT image hacking platform

As a form of criticism, the Australian developer Geoffrey Huntley created his own piratebay of NFTs, called “The NFT Bay”. It is a new platform that hosts all the NFT images of the blockchain of ethereum Y Solarium so that anyone can download and use them as they please. The huge data archive, with thousands and thousands of images, was ironically dubbed the “billion dollar” archive in reference to the sky-high prices at which these kinds of images are bought and sold because they are NFTs.

the seeker of The NFT Bay has a selection to look for trends in NFT as CryptoPuppies, Bored Ape, yacht club, CryptoPunks, Axie Infinity or Farmers World. In an interview with beingcrypto, Geoffrey said the platform is a “educational art project”, and in the event that an artist wants to remove the content, invites him to read the “DMCA takedown process” which is documented “in the footer of The NFT.”

“I hope that through The NFT Bay people learn to understand what they are buying when they purchase NFT art. It is nothing more than an initiative of how to access or download an image. Right now there is a gap of understanding between the buyer and the seller that is used to exploit people” declared Geoffrey.