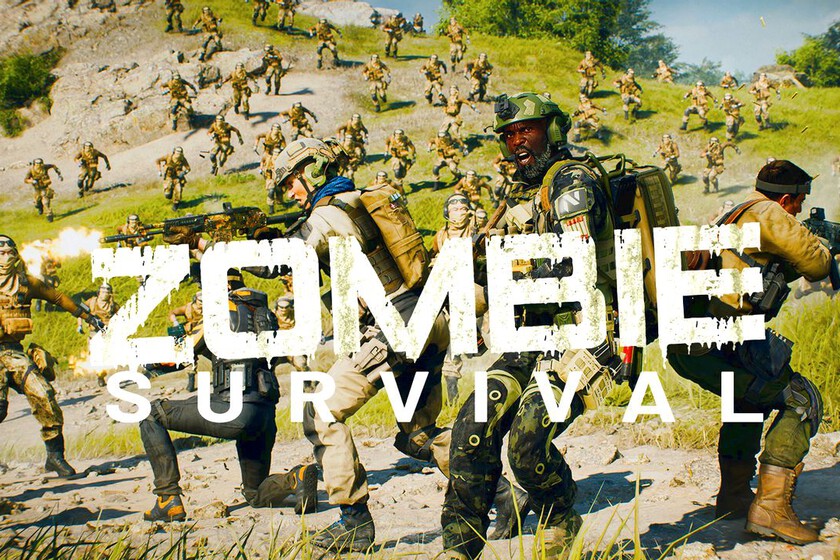 Recently those with a copy of Battlefield 2042 have been able to start playing a new mode called Zombie Survival which has been added via a free update. In it, players have to face hordes of zombies, but the bad news is that its duration has been rather short, since it has been eliminated this weekend.

It’s not like it was temporary or anything like that. However, the problem is that the players were gaining a massive amount of experience very quickly and easily, something that the DICE team itself has not seen with good eyes because it was not at all something that I had intended to happen.

This has been admitted by Justin Wiebe, director of design at Ripple Effect Studios, a studio that works closely with DICE for the development of new game modes and expansions. Via your Twitter account has made it clear that this situation has been a one-time problem, so that They will make sure it doesn’t happen again.:

Hopefully we can fix it in the future and keep it in line with the standard game progression. We’ve also beefed up our review process to make sure this doesn’t happen again.

I think there was potential for the mode, but it needs to go back to the workshop for a while. Still, we need to focus on bigger issues, like improving the base XP scaling for Portal mode.

I’m not going to lie, this mod shouldn’t have made it past our review process. I think our desire to create a zombie mode clouded our ability to see something as simple as the impact it would have on progression. I’m sorry for any problems this may have caused.

The experience of Battlefield 2042 allows you to unlock new weapons, vehicles and more skins for the main game modes. That is why DICE does not want there to be nothing that can spoil the gameplay or that it may affect the normal progress speed, so the zombies will remain hidden until further notice.