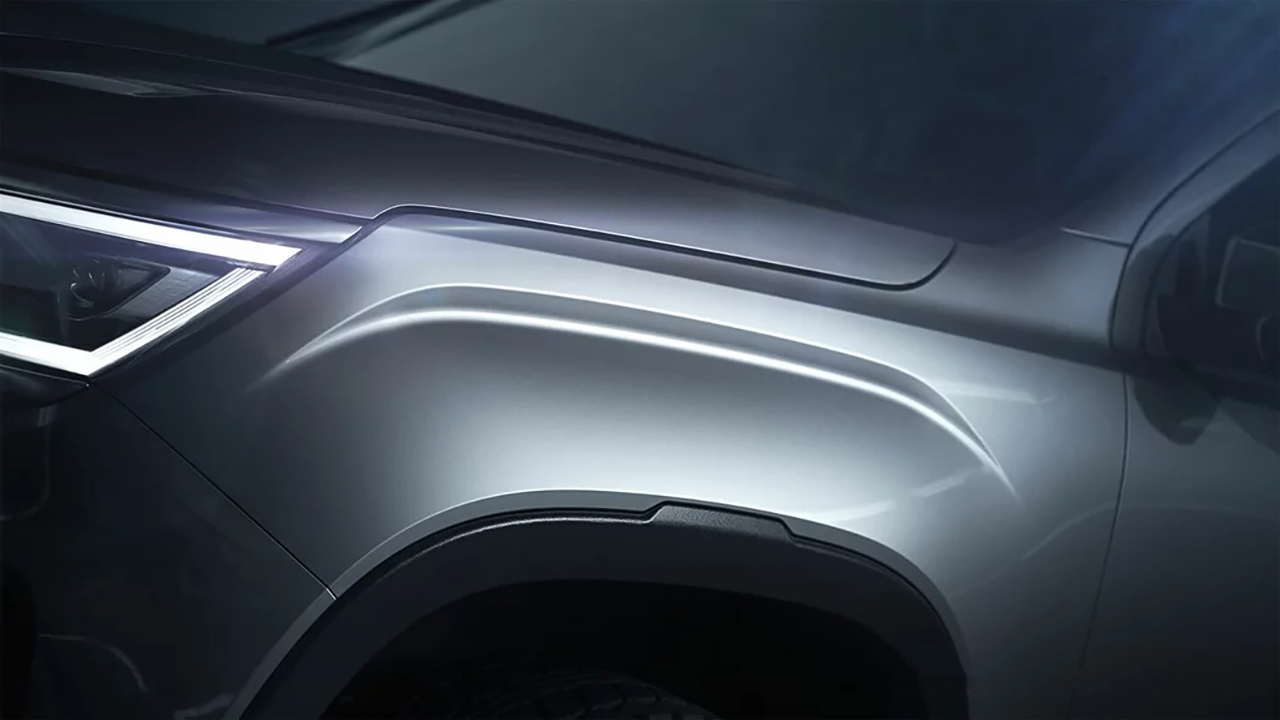 The second generation of the Volkswagen Amarok is about to be revealed. The great novelty of the commercial vehicle division of the German brand for this summer, anticipating a few more details of this new pick-up, exterior and interior, reflecting its sportiness and more technology on board.

In just a few days, the new Volkswagen Amarok 2023 will debut. The German brand already has everything ready to present this new generation of the model, and the pick-up, which has been developed together with the Ford Ranger and which has not yet been put up for sale. The market launch is planned for the first half of 2023, a few months before the Volkswagen model also debuts.

The joint development has allowed the Wolfsburg to save a lot of money, otherwise the future of the Amarok would have turned more than black. But despite this issue and the fact that it has been much of the development at the Blue Oval brand facility in MichiganUnited States, those of the commercial vehicle division that have been in charge of adjusting the dynamic configuration and engines to the Volkswagen quality standard, also want be conveniently distinguished from the new Ranger.

Index hide
1 Volkswagen Amarok, the new pick-up awaits its presentation
1.1 Volkswagen will launch a 100% electric SUV and pick-up under an iconic brand

This is the reason why they are launching so many advances, the distinction, and not only because of the external and characteristic features of the firm, with its squarer wheel arches, its headlights with Full LED technology as standard -as an option, the Matrix LEDs will be available with “ID.Light” lighting- or the sportiness of its alloy wheels mounted on off road tires.

Read:  Traveling by car during the heat wave: precautions and possible breakdowns

But also because of the great technological load in tow, as they have shown with the new vertical touch screen that occupies the center console, which will be 10 inches as standard and 12 inches with a more advanced multimedia and infotainment system, while elegance comes from knobs and keys for various functions finished in satin chrome. The new Amarok will also have safety equipment on par with passenger cars, with a Thirty driving assistants, 20 of them unprecedented in the modelsuch as the 360º camera, sign recognition or the high beam assistant.

The Volkswagen Amarok, which will be unveiled on July 7, will arrive in mid-2023 to Europe and the United Stateswith two diesel engines, four cylinders and 2.0 liters TDI and six cylinders in V and 3.0 liters, with automatic transmission and drive to the rear axle or total 4MOTION. The brand will also enable a gasoline option for special markets, details that we will tell you in just a few days.

The Constantine series receives an update from HBO Max