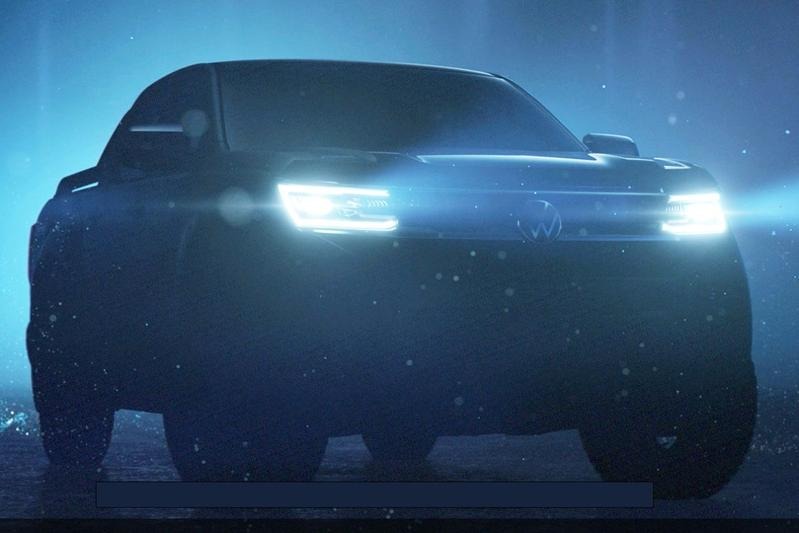 The second generation of the Volkswagen Amarok is getting closer. The commercial division of the German brand has once again presented a couple of previews of the new pick-up developed together with Ford. This time, the most brutal and modern front, at the same time, practically revealing the image of the whole.

There is hardly a single trace of the new Volkswagen Amarok 2023 for being advanced. Those of the commercial vehicle division of the Wolfsburg manufacturers have unveiled two new teasers, a couple of advances that reveal the image of the front and the advanced lighting technology that this new delivery of the pick-up that has been developed in the United States next to the also new Ford Ranger.

While the oval brand awaits its commercial launch, which is planned for next year, the Germans are already preparing the world debut that is scheduled for this coming summer, and in which the Amarok will be completely cleared. The reality is that the manufacturer has not specified the official presentation date, but Volkswagen has more than a year launching previews of the model. From more futuristic sketches to much more real previews, both of the rear image and also of the interior, confirming that you will not give up the usual comfort of passenger models.

New opportunity for the Volkswagen Amarok 2023

Nor to advanced technology, because the new Amarok also will have the sophisticated lighting technology “Matrix LED”. An equipment known as “IQ. Light» and that will be optional for the most exquisite, since the headlights will be equipped with LED headlights as standard in all finishes. Some headlights that will be narrower and sharper dovetailed with a new slimmer and sleeker grillewhile the front lighting will have a new light signature in daylight that will border virtually the entire headlamp.

Read:  The electric and autonomous robotaxi of Zeekr and Waymo, hunted in its first spy photos

The Amarok, whose future hung by a thread, obtained the green light for production thanks to the agreement reached between Volkswagen and Ford, for which this new generation has greatly reduced its development. In fact, were it not for this alliance, the German firm would have shelved to a model that had not conquered as the German brand initially estimated.

More details of the Volkswagen Amarok 2023, the prototypes of the pick-up show their skill

In a few weeks, the new Volkswagen Amarok will be unveiled, arriving on the market with a body of double cabinthe only one that has been seen in test prototypes so far, with five seater and a large cargo box. Bigger and with a couple of engines very powerful four- and six-cylinder diesels, with rear-wheel drive and “4MOTION” four-wheel drive and 10-speed automatic transmission, which will reach different markets. The big question is whether Volkswagen will also dare with an Amarok R or if this top-of-the-range version will be limited by the agreement with Ford and thus not step on the Ranger Raptor.

Westworld: Everything you have to remember from the third season to understand the fourth