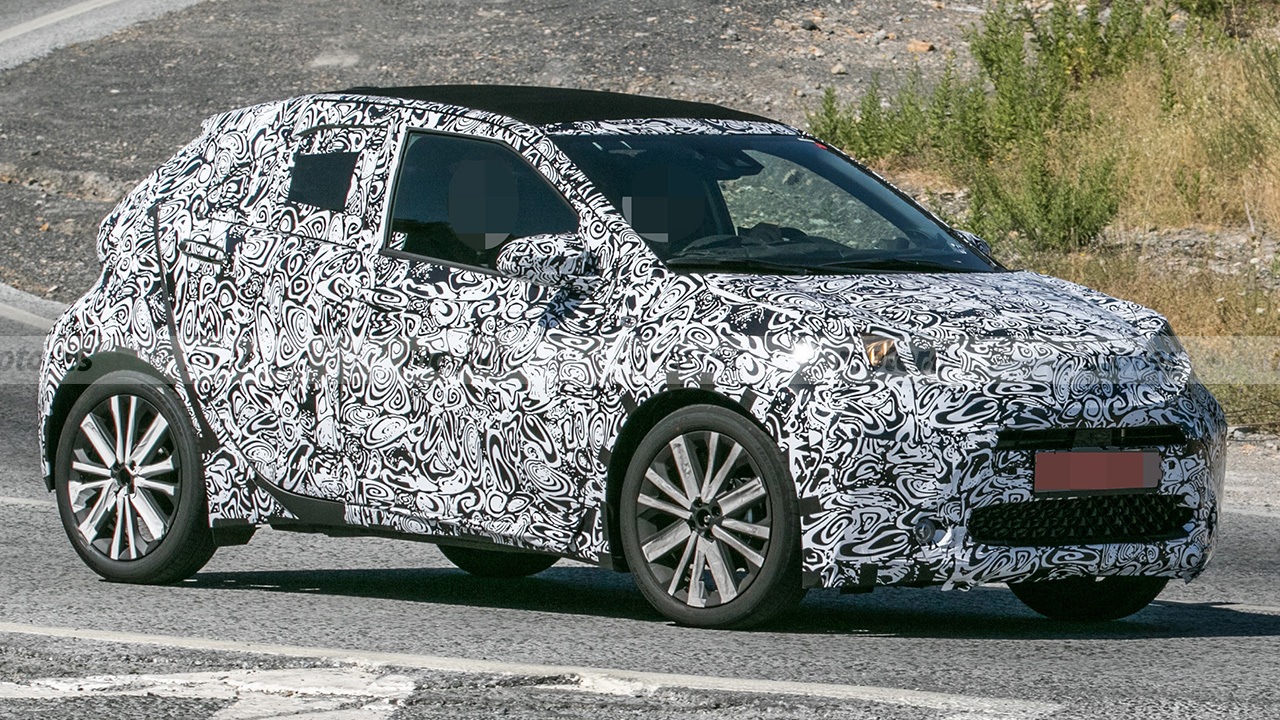 The development process of the new generation of Toyota Aygo continues to advance. Toyota’s popular city car will be completely revamped. Once again, a test specimen has been spotted in broad daylight carrying out some very important tests on the roads of southern Europe.

Toyota continues to work at full capacity on the comprehensive renovation of its popular city car. The Toyota Aygo will debut a new generation very soon. A generation that will arrive loaded with very important novelties that will allow the Japanese model to boost and improve its position in a category so competitive in Europe such as the A segment.

The last time we had the opportunity to get closer to the development of the new Aygo 2022 It was at the end of last March when Toyota was conducting the last winter tests in Northern Europe. Now, the brand has moved its “headquarters” to the south of the Old Continent.

Camouflage is the great protagonist. It is common in Toyota (and other Asian brands). Most of the exterior of the vehicle is covered in dense camouflage that has a clear purpose. Avoid prying eyes and hide the lines and shapes that the design will adopt. A design that, remember, was anticipated to some extent through the Toyota Aygo X Prologue.

On a technical level we will be facing a totally new car. And it is that it will change base. The new generation of Aygo will be supported by the GA-B platform, a variant of the modular architecture TGNA from Toyota. This is the same base that the Toyota Yaris uses. However, it will undergo various modifications as it must be adapted to a lower segment car.

This will be the future Toyota Aygo 2022, the urban one for Europe will debut design

Leaving aside the exterior, if we had the opportunity to enter the interior of the new Aygo we would be surrounded by a more digital and spacious environment. In recent times, the A-segment utility vehicles that have undergone generational changes have significantly improved the space in their cabin and the Aygo will also do the same. There will be many references to its “big brother”, the Yaris.

Regarding the outgoing model and that we can still find on the market, it will completely change the dashboard, console and central tunnel. It will debut an instrument panel, digital display, infotainment system and will boast an expanded list of driver assistance systems.

With regard to the mechanical section, the great protagonist and central axis of the offer will be a three-cylinder gasoline engine. There has been speculation that the new Aygo had Toyota’s hybrid technology (HEV). However, current information rules out this possibility for a mere cost issue. But this does not mean that Toyota is going to rule out an electrified Aygo. The light hybridization
via a 12 or even 48 volt system is on the table to deliver an electrified vehicle.

Toyota Aygo 2022, a city car made by and for Europe

The process of producSerial production of the new Aygo will be carried out in a factory located in Kolin (Czech Republic). A facility that Toyota recently took control of and in which, in addition to the Aygo, the Yaris will also be produced in order to respond to the growing demand of the Japanese utility vehicle.

When will your debut take place? The launching of the new generation of Aygo will take place before the end of this year. In any case, it will arrive in European dealerships as a 2022 model. In addition, its entry on the scene will mean the materialization of the termination of Toyota’s cooperation with the former Groupe PSA (now Stellantis) in the urban car segment.

MagSafe compatible cases for iPhone, what’s so special about it?