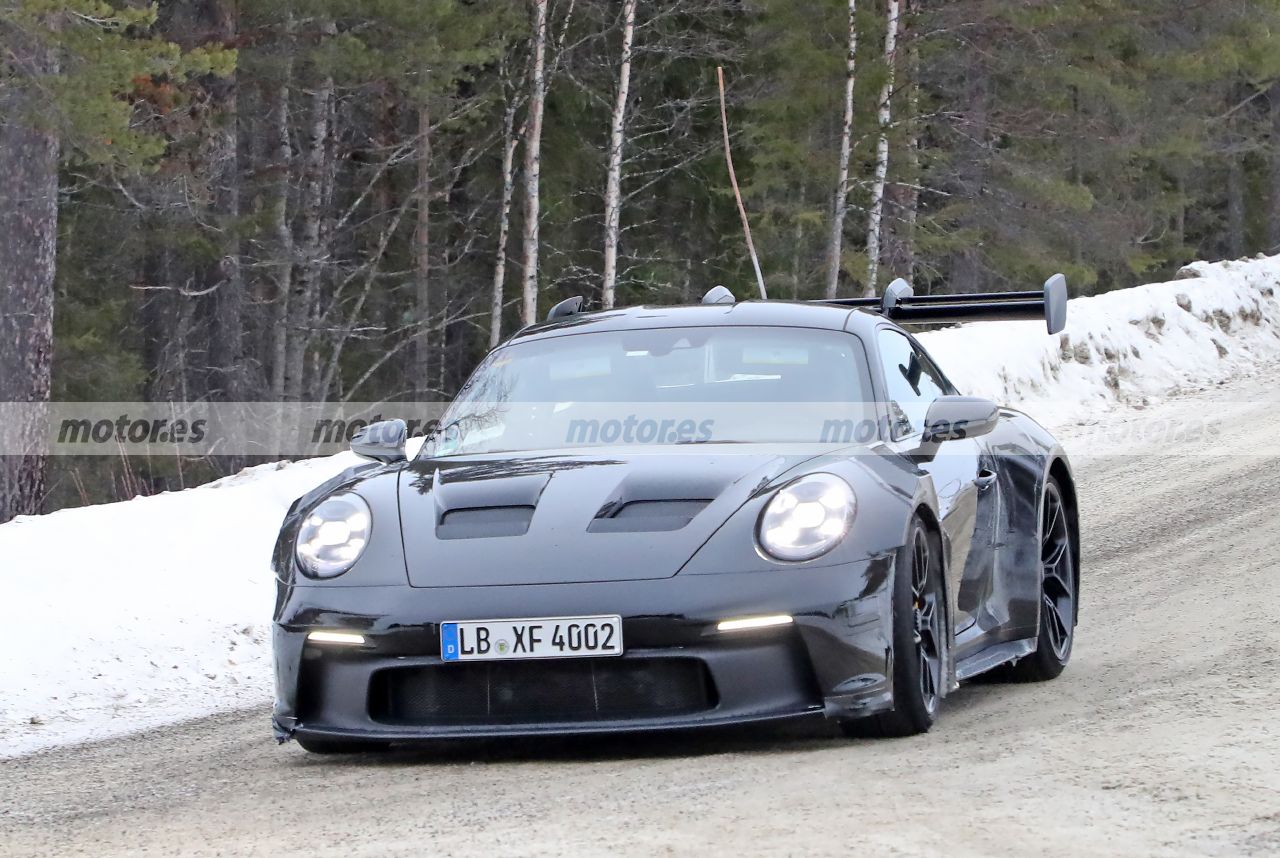 The extreme Porsche 911 GT3 RS 2022 has arrived in northern Sweden to face some winter tests that it did not do last season. An essential phase in the development program of the model, which is already facing its final stages before its launch.

A week ago it was spotted around the Weissach technical center, and now it is in northern Sweden. The prototypes of new Porsche 911 GT3RS 2022 They have made an appearance, for the first time, on the icy roads to undergo an essential test that, last year, they could not perform in this special setting.

The German firm has been surprised on one of the usual roads on the way to its test center, some spy photos that show one of the most radical versions of the 911 range with slightly less camouflage and leaving visible characteristic details that distinguish it from the GT3. Weight and aerodynamics are key factors in this more radical model, so you will lose the so-called superfluous elements. For example, retractable door handles have been replaced by conventional, manual and mechanical ones simpler.

Even if you look more closely you can see that the part of the front fender between the front wheel and the door has an extended design for better airflow conduction at high speed. Despite the fact that much of the bodywork is uncovered, Porsche continues to hide key details of a model that is willing to break all possible records.

Read:  Maserati MC20 Cielo, this is how the new convertible of the exclusive Italian brand will be called

without rear seats, another of the keys to the lightness of the new 911 GT3 RS, on the aesthetic level details are still hidden in the front bumper, in the rear spoiler and also in the rear bumper, preventing the specific cooling air intakes from being seen. Likewise, the emblem also appears camouflaged, something normal but not only because Porsche does not want it to be known which specific variant it is, but because the German brand intends to bring back the “RS” logo design of the first 911 2.7 RS from 1973.

The new Porsche 911 GT3 RS 992, which has been in development for more than a year and a half, will debut this coming summer. The set-up of the chassis has been developed mostly at the Nürburgring circuit, where it will return from April for the latest configurations. And who knows, if it will also break a new record with the powerful engine of 4.0-liter boxer six-cylinder with a maximum power of550 hpwhich will lead to the asphalt through the rear axle and a seven-speed PDK automatic transmission.