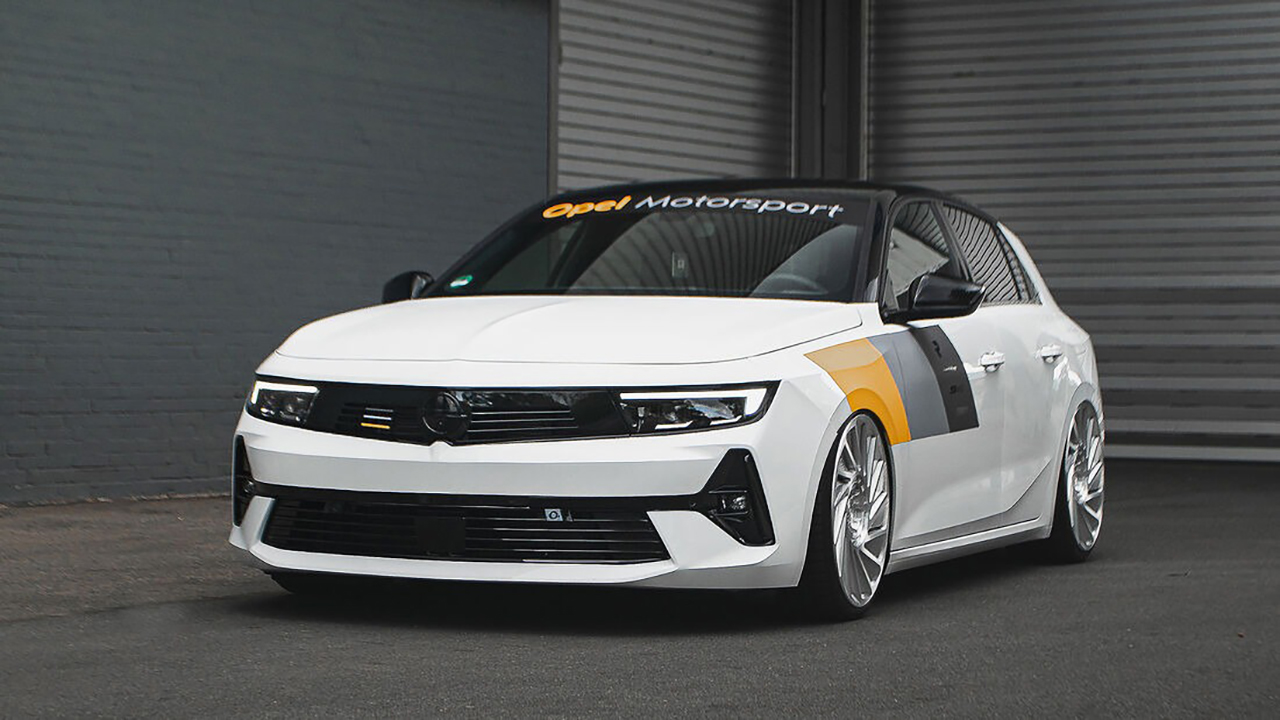 The new Opel Astra is now on sale, including the most efficient version of the range, the Astra PHEV. This has been the one chosen by the lightning firm so that the XS Design specialists can deploy their experience and transform the compact into a sportier and more attractive one, with a legendary image.

The sports and high-performance versions were finished in Opel a long time ago, those GSi and the most radical OPC being practically relegated to oblivion. Now the German brand commitment to maximum sustainability, which does not completely prevent something that provides a more sporty style. At least, in the image, as the directors of the firm have considered that they have resorted to some unknown German tuning specialists.

They are known as XS Design and have been the first to have the privilege of personalizing the new Opel Astra PHEV with unique clothing that brings to mind the most performance models in history, such as the Opel Manta 400. With the colors of Vauxhall Motorsportthis hybrid version of the new compact comes with a white painted body and gloss black painted roof, windshield pillars, wing mirrors and rear spoiler, a combination that can be found in the model catalog when choosing the sophisticated finish. «Ultimate».

The truth is that those of XS Design they have not touched the characteristic features of the modern design that the Opel model sportsalmost respecting also the “Vizor” grille because, instead of a shiny black panel, it has thin horizontal slats with an discreet Motorsport division logo in yellow, gray and black. But yes, there are a couple of details that powerfully attract attention: the low height of the body to the ground and the alloy wheels with a very aerodynamic construction.

Read:  Zhou and the terrifying account of his accident: "I don't know how I survived"

suspension is pneumatic and allows to reduce the height of the body through a control in the transmission tunnel until it was only a few millimeters from the asphalt. For the wheels, those of XS Design have turned to one of their usual suppliers, those of «RVNT Forged», because practically everything is said: they are forgedwhich reduce the weight of the unsprung masses, and 20-inch mounted on 245/30 size tires.

Inside there are no new features and neither on the mechanical side, which maintains the factory plug-in hybrid configuration with its 180 hp. However, there is bad news for those who are interested in this creation. And it is that, for now, will not go into production, as it has been created especially for a German tuning fair, which will be held in September, the XS Carnight in the Olympic Stadium in Berlin. It all depends on the reception it receives, which may lead Opel to make a move on its original accessories.

They publish the original design of Pan that Akira Toriyama had made for Dragon Ball Super: Super Hero