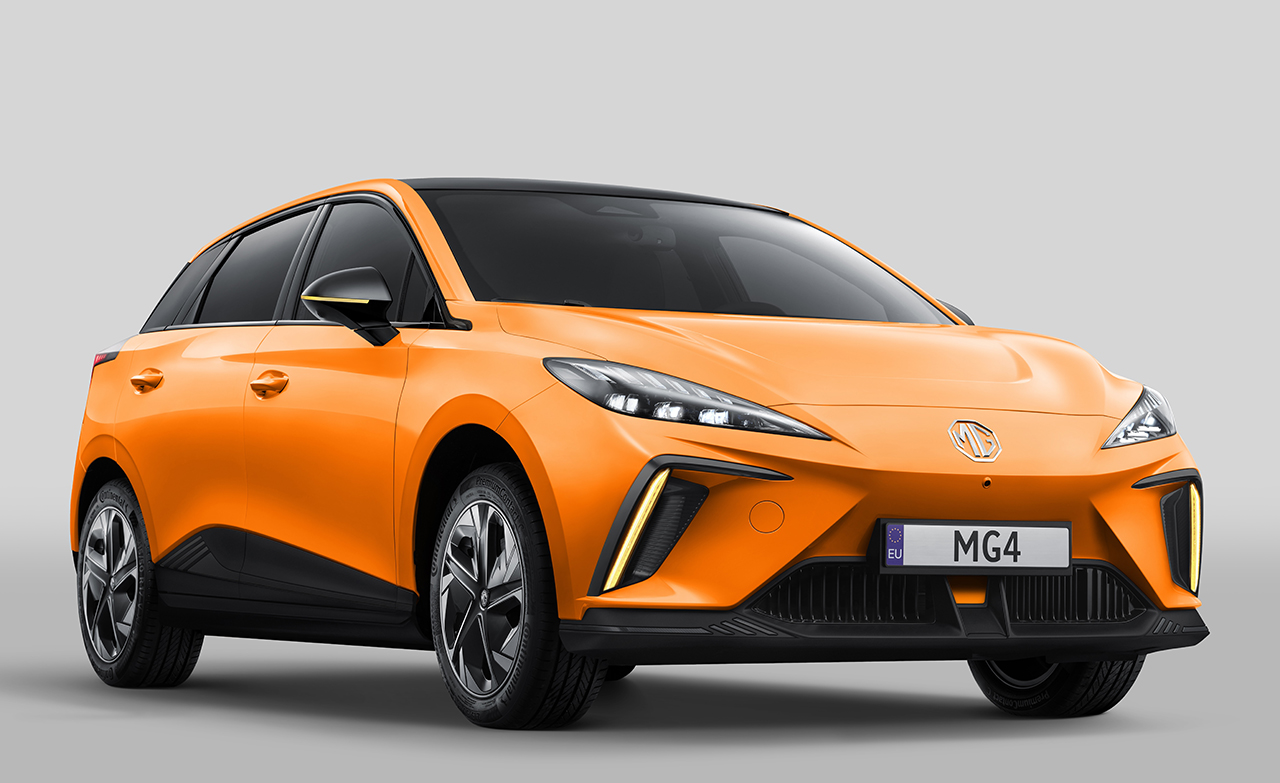 The new MG4 Electric has just opened its reservation books. The British firm has no intention of waiting to put its first new-generation compact on sale. Now available in all European countries, including Spain, we tell you all the details of a bet that will put the Volkswagen ID.3 on the ropes.

For now, the Volkswagen ID.3 is the almighty king of electric cars in the category, with no opponent to harm it. A situation that will change much before next year, when the main competing brands will bring new electric compacts into the fray. But, even long before these arrive, he is going to have a serious opponent. The new MG4 Electric is about to enter the scene, because the British brand is already has opened the order books throughout the continent and noted prices.

With a modern design as it characterizes the new electric ones, conveniently differentiating itself from the combustion ones, the new MG model will powerfully attract attention due to its exterior style, standing out for lines as dynamic as for a front dominated by the most advanced lighting technology, combining powerful LED headlights and daytime running lights with fiber optics. At the opposite pole, the new MG4 Electric features a large pilot light that extends the full width of the tailgate, with 172 LEDs.

Sportiness is provided by a double-wing spoiler and a rear diffuser with aerodynamic channels. The new 100% electric model of Morris Garage it is offered in seven body colors – “Pebble Black”, “Dover White”, “Medal Silver”, “Andes Grey”, “Diamond Red”, “Brighton Blue” and “Fizzy Orange”. Meanwhile, the interior looks modern, sophisticated and very functional. This is handled by the two digital screens, for the instrument panel and for the multimedia systemroomy with a small center console and no transmission tunnel in between.

Read:  The Toyota Yaris Cross conquers the European market, one of the best-selling SUVs

For now, MG has not announced the equipment, which it will do as of September 13 by contacting all interested parties who have decided to reserve the first model developed on the new MSP platform especially for electric cars. What we do know is that two versions will be offered, both rear-wheel drive with the electric motor placed on this axle, and capable of accelerating from zero to 100 km/h in just 7.9 seconds.

MG has announced two versions with two battery levels, with 51 and 64 kWh which, in the UK, are known as ‘Long Range’ and ‘Trophy Long Range’, meaning 350 and 450 kilometers. The largest capacity can be charged up to a power of 135 kW, so up to 80% will need only 30 minutes. In Spain, it can already be reserved, with a deposit of 400 Euros that will be refundable if the client decides to cancel before September 13, 2022, since arrival at dealerships is scheduled for autumn.

Prices valid from August / 2022 without including discounts, for the launch version and only until September 13