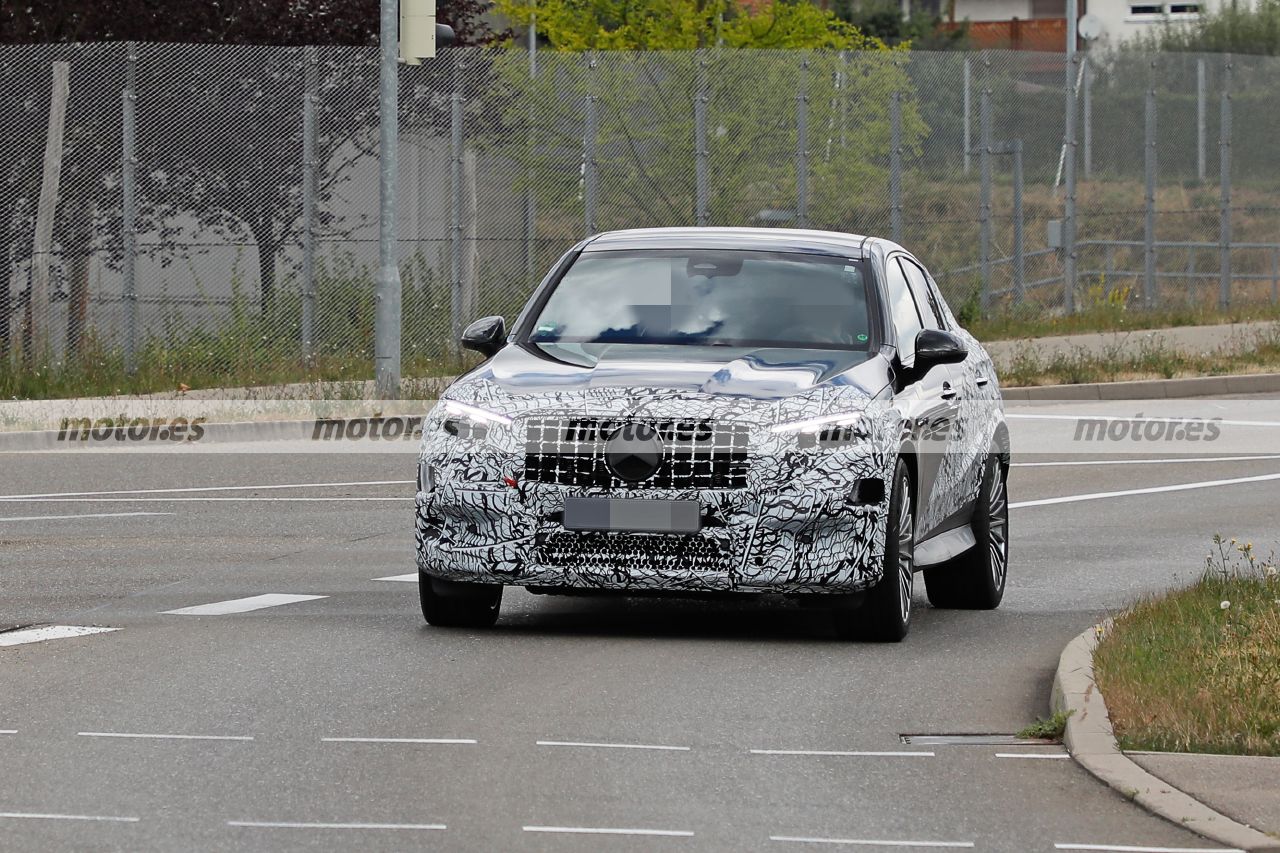 With the development of the second generation of the Mercedes GLC Coupé so advanced, it is the turn of the sportiest variant, that of the Mercedes-AMG GLC 63 Coupé. The most extreme SUV, which will arrive in 2024, has been hunted in spy photos, also with the powerful PHEV system under the body.

A little less than 24 hours ago we looked inside the new Mercedes GLC Coupé. some interesting spy photos of the sports bodywork of the D-segment SUV, and now it is the turn of its most extreme variant in terms of performance, that of the new Mercedes-AMG GLC 63 Coupe 2024.

These are his first snapshots shooting in the vicinity of the star brand’s headquarters in Germany, with practically the same level of camouflage as the base model. The vinyl dresses the front and back avoiding revealing its more aggressive aesthetics, despite the fact that it is not a big secret. Its slimmer headlights flank the pan american grillwhile the more voluminous bumper suggests the shape of the air intakes on the sides, as well as a spoiler on the lower lip.

A prototype that has been revealed by the carbon-ceramic brakes, its large golden calipers and the four exhausts with the typical square trims at the rear. Furthermore, like the second generation of the normal GLC Coupé, it also features a spoiler on the tailgate ledge although unlike this one, it may be visible carbon fiber. The drivers also take on a slightly different shape compared to the new Mercedes-AMG GLC 63 which is at a more advanced stage of its set-up.

Read:  The crisis in Europe opens the door to the electric car

Where there are no changes is in the interior design. Its two large digital screens remain, although it will have some sports seats with integrated head restraints and an “MBUX” specifically tailored to the special Mercedes-AMG design.

The new 2023 Mercedes GLC Coupe revealed in this recreation

The new Mercedes-AMG GLC 63 Coupé will be presented in the second half of next year, so it will be considered a 2024 model reaching the market in the first quarter of that year. Beneath the bodywork, the powerful PHEV heart with “AMG E Performance” technology, with a four-cylinder engine and 2.0-liter turbo, associated with a 204 hp electric motor and a battery of traction that will offer up to 90 extra CV. altogether almost 550 hp that will become 670 hp with the “Boost” function. The “4MATIC +” all-wheel drive and the 9-speed automatic transmission complete a version that will be really brutal.