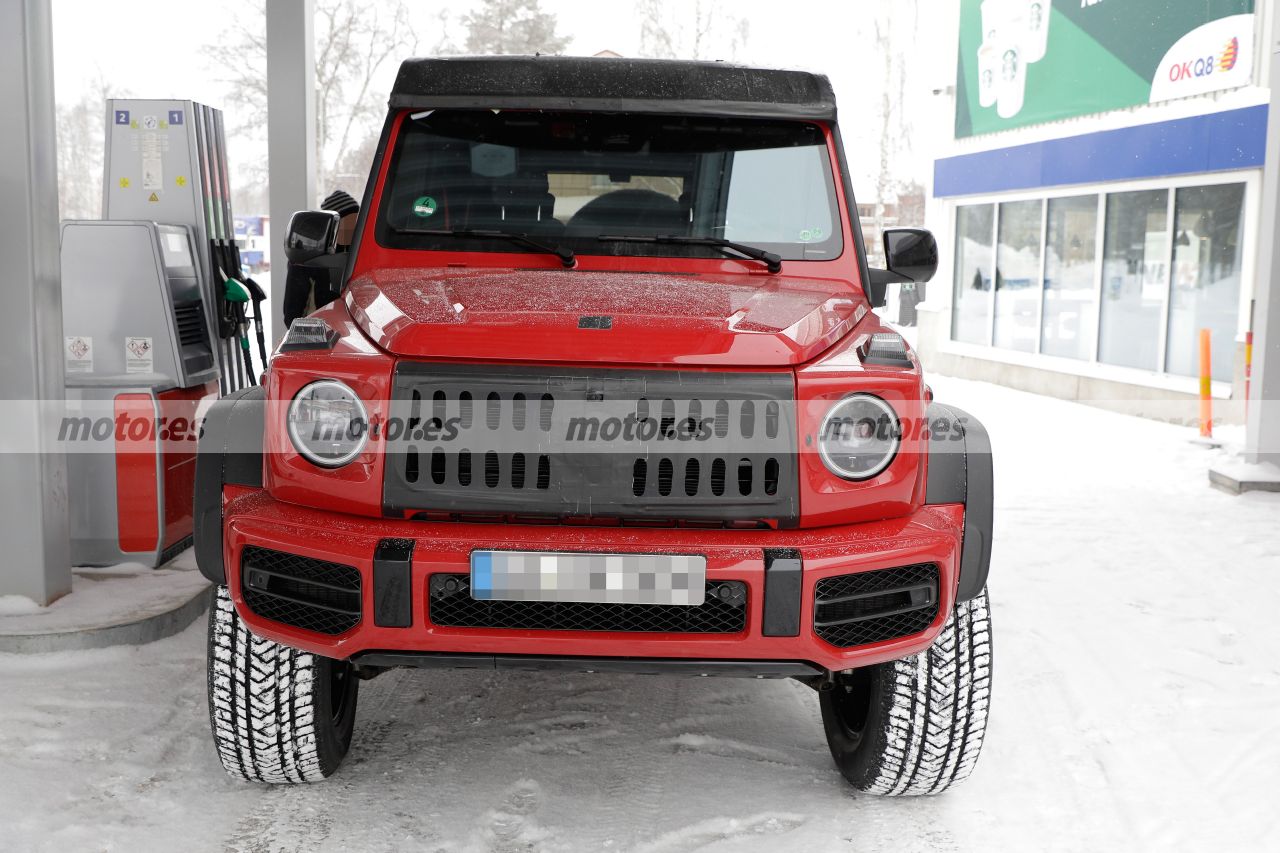 The world debut of the new king of off-roaders is getting closer. The new Mercedes-AMG G 63 4×4² 2022 is completing its testing period near the Arctic Circle, with very special details that will put the icing on the cake for vertigo-inducing performance.

The sports brand of Mercedes is still displaced in the north of Sweden, with prototypes of the new Mercedes-AMG G 63 4×4² 2022 that, after a long period of testing, are coming to an end facing the harsh conditions of the Arctic Circle roads. The king of off-roaders sees the light at the end of the tunnel closer.

And that is, compared to spy photos above, it only presents camouflage on the radiator grille, covered with a shell preventing you from seeing the new design. It will be practically the only detail that is retouched at the front, apart from the headlights which, being the true top of the G-Class range, will be able to have two sophisticated front lighting systems, each one more advanced: the MultiBeam LED headlights and the brutal “Digital Light”, the latter as an option.

The Mercedes-AMG G 63 4×4² 2022 has lost all the vinyl with which it had been seen. The striking, and wide, wheel arches are already exposed, as well as the panel of the rear wheel hanging from the tailgate or the visor of the roof rack installed on the roof to increase the load capacity of this model. A series of gloss black accents, those of the “AMG Night” packagethey can already be seen in the front and in the finish of the rear-view mirror housings, the same that we will also see in the covered inserts of the door panels.

A quick look inside lets you see the large 10.25-inch instrument cluster display, the same size that will also feature the infotainment system part, merged into one piece. Customers will have new driving assistants and an improved graphical interface of the «MBUX» platformthe version used in the current E-Class.

The replacement for the Mercedes G 500 4×4² is expected to debut in the middle of next springat a special event, with most of the units planned for the United States. The revised SUV is signed, this time, by AMG specialists, so under the hood it will have the powerful engine 4.0-liter biturbo V8, and its 585 hp of maximum power. The 4MATIC all-wheel drive will be retouched, as will the change 8-speed automatic to offer as much sportiness as off-road performance.

Walmart teams up with Roche to offer free glucose tests