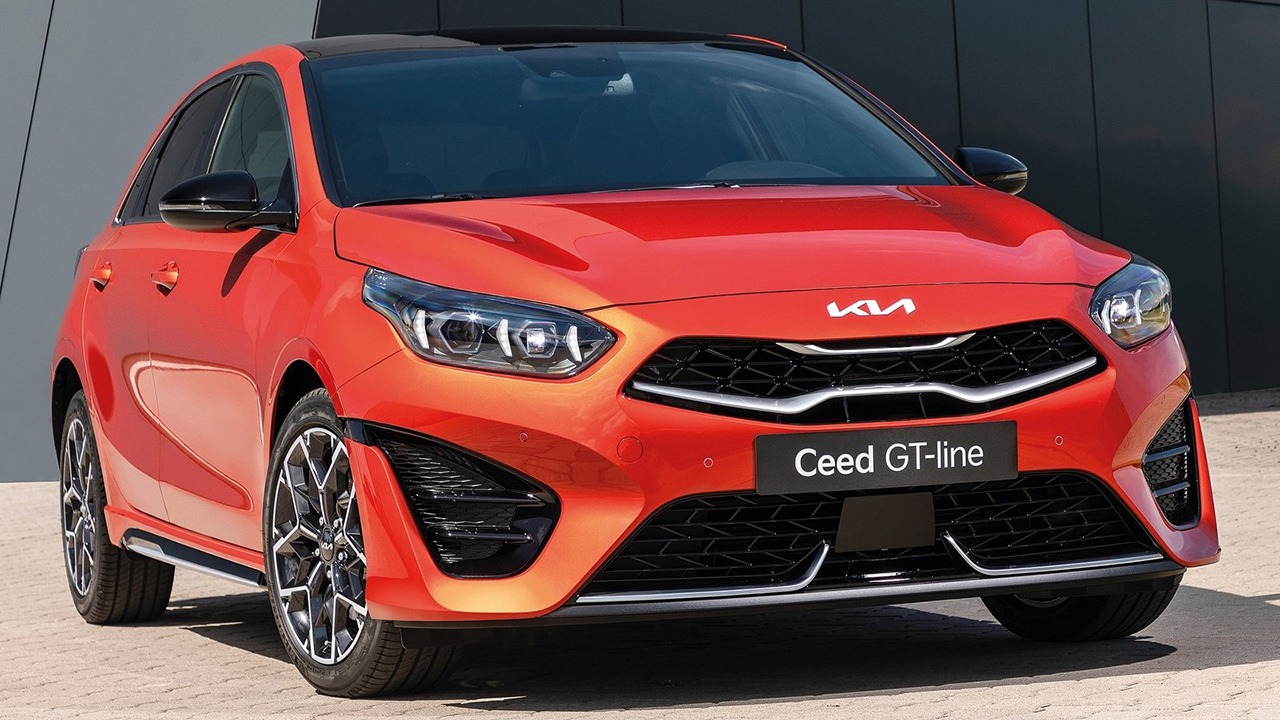 KIA has presented in society the renewed Ceed range. The popular South Korean compact catches up to date and launches design, technological equipment and a tight mechanical offer that continues to bet on electrification. The Ceed family consists of three body variants: Ceed 5-Door, Ceed Tourer and ProCeed.

The wait is over. After a large number of spy photos, leaks and even official advances by the brand itself, KIA has presented in society the renewed Ceed range. The iconic and popular South Korean compact, in all its body variants, catches up to date and debuts important new features. The new KIA Ceed 2022 bursts onto the scene with a new design, technological equipment and a renewed mechanical offer.

We are facing a facelift, a mid-cycle update that will allow the current generation of the Ceed to face the rest of its commercial life that lies ahead. Despite this fine-tuning, the KIA model maintains its commitment to electrification intact and various electrified mechanics will continue to be present. Let’s go into detail and break down all the keys to this update.

The exterior design of the new KIA Ceed 2022

As it is a “facelift”, the aesthetic changes are not very radical but the truth is that, as a whole, all the modifications carried out in the exterior design allow the new Ceed, in any of its bodies, to look more modern and in keeping with the new design language that KIA is using. The changes are concentrated in the front and rear of the vehicle.

The new kia logo
makes an appearance. On the front, the tiger nose grille has been updated and adopts a gloss black finish. Models with Plug-in Hybrid Technology (PHEV) have a closed grille with a specific color scheme. Nor can we lose sight of the air intakes in the bumper. To this we must add some new Full LED headlights for all Ceed models.

If we put the spotlight on the rear, we will also find news. The most relevant is through revised taillights that also use LED technology. And next to the bumper, a new glossy black diffuser is introduced.

In terms of personalization, the new Ceed range is well served. A palette of 13 body colors is available. Among them are the shades Machined Bronze, Lemon Splash, Yucca Steel Gray and Experience Green. In addition, new wheel designs have been introduced ranging from 16 to 18 inches depending on the chosen trim level. You can choose from six wheel designs.

On the other hand, and for new KIA Ceed GT and ProCeed GT, there are specific news. These are the top-of-the-range variants that bring out the more dynamic and sporty side of the Asian compact. The red accents remain as the grille sports exclusive details. Both bumpers are specific and at the rear, the diffuser and exhaust system stand out. In addition, the GT models are now fitted with 18-inch wheels.

READ:  The most valuable of the rare Lamborghini Miura SVJ appears for sale

The interior of the new KIA Ceed 2022

Leaving aside the exterior, if we enter the interior of the new Ceed we will be surrounded by a renewed atmosphere. Various adjustments have been made to improve the comfort of each occupant. There are nine upholstery for the seats. The GT-Line and GT finishes feature a new gear lever knob.

The “nerve center” of the cabin is the 10.25 inch touch screen which is combined with the 12.3-inch digital instrument cluster. The driving position is much more digital. The available equipment has been expanded. Among other components can be equipped with a JBL Premium sound system, heated and ventilated front seats, heated rear seats and dual-zone automatic climate control.

The list of driving assistance systems it has also been increased. The blind spot function has been replaced by an active avoidance technology. The driver attention warning has also been updated. Other equally noteworthy technologies include Forward Collision Avoidance Assist, Lane Keeping Assist, Intelligent Speed ​​Limit Warning, and Manual Speed ​​Limit Assist and High Beam Assist.

The range of engines of the new KIA Ceed 2022

And what about the mechanical section? One of the keys to the renewed Ceed range is that it maintains its commitment to electrification. The engine range consists of petrol, diesel, light hybrids and a plug-in hybrid variant. The power range covers from 100 CV to 204 CV and, depending on the chosen engine, we will find a manual or automatic gearbox. Always with front wheel drive.

The new 1.5-liter T-GDi petrol engine replaces the previous 1.4 T-GDi. It is associated with a seven-speed dual-clutch automatic gearbox or a six-speed manual transmission. It develops a power of 160 hp and is available with 48-volt light hybrid technology (MHEV). This technology also reaches the 1.0-liter T-GDi engine.

For his part, 1.6-liter CRDi diesel engine, is exclusively available with light hybrid electrification and with an output of 136 hp. It can be combined with KIA’s intelligent manual transmission and seven-speed dual-clutch automatic transmission. The top of the range is starred by the 204 hp 1.6-liter T-GDi petrol engine with 7DCT change.

The plug-in hybrid variant, which has starred in the mechanical offering of the KIA Ceed Tourer, remains in the portfolio. Under the hood of the plug-in hybrid model there is a 1.6 GDi petrol engine that delivers a power of 141 hp. It is driven through a six-speed dual-clutch automatic transmission. In addition, an 8.9 kWh lithium-ion battery allows you to enjoy an electric range of 57 kilometers.

The renewed Ceed family will be produced at KIA’s facilities in Zilina, Slovakia. Serial production is scheduled to start next August. The commercial launch will occur throughout Europe in the fourth quarter of 2021. Once the time of disembarkation approaches, the rest of the details will be announced, such as prices of each of the versions.

How to repair damaged hair