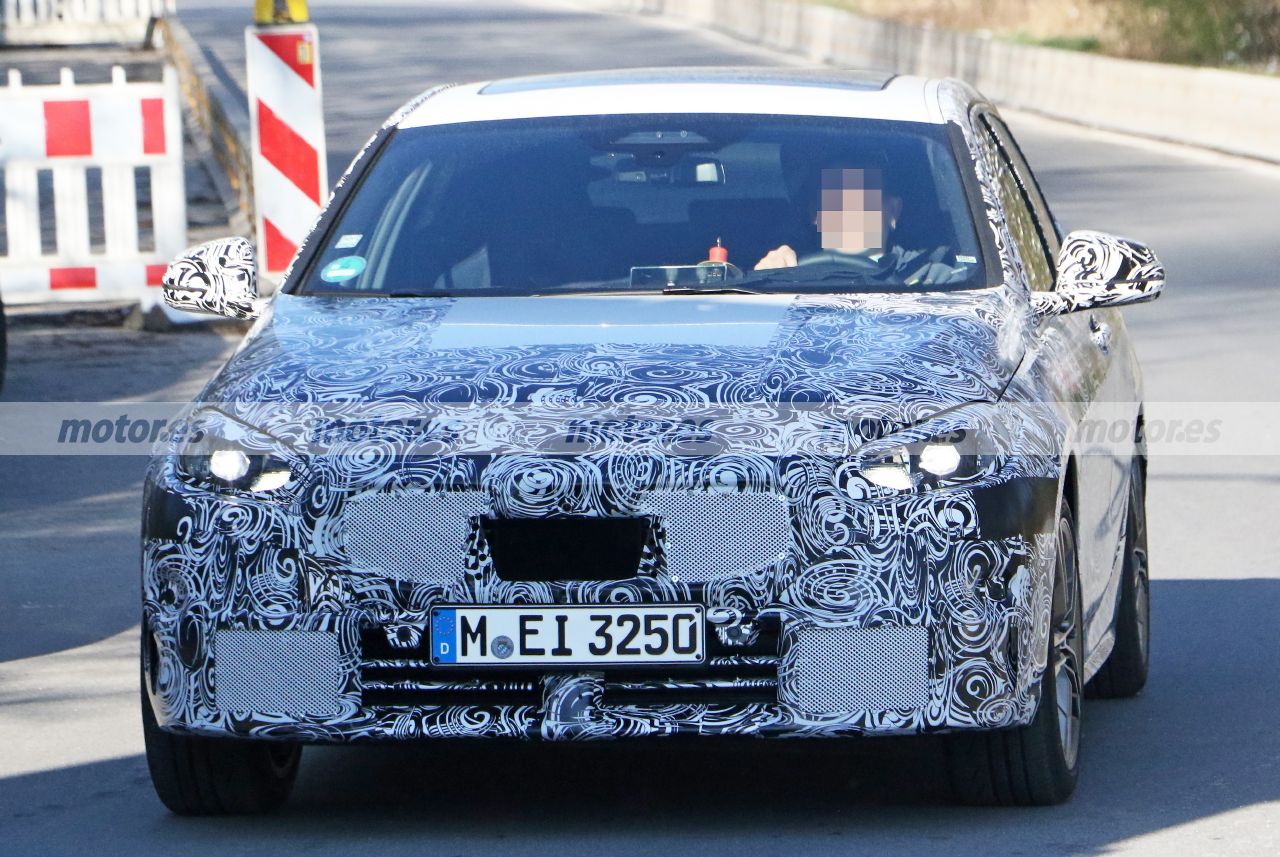 The new BMW compact has already started its test program, a very deep review of the current generation. But with just a few months, the German firm has advanced the development of the new BMW M135i xDrive. Some spy photos of the sportiest model, and top of the range, which sports a significant dose of extra aggressiveness.

Just over a month ago the first prototypes of the new BMW 1 Series 2024 they appeared for the first time. The German firm has decided to shorten the business cycle of this model, reducing the usual seven years to five. A deep revision to which the front-wheel drive model will undergo that, although we have already seen that it preserves the proportions, it will offer some new identifying features.

And with only two months already on the road, the sportiest and top of the range version has made an appearance. the of the BMW M135i xDrive 2024. Completely covered in camouflage, the appearance is practically the same, although some details that it presents remain. the same line undertaken with the new strategy of the Munich brand in the sportier versions. The front has been thoroughly camouflaged, preventing any revealing detail of this more special Series 1 from being seen, with metal mesh precisely where the large air intakes on the bumper are located, and also covering the design of the double radiator grille.

We can only observe that it will retain the ovoid design although flatter. The front apron will be more prominent visually joining with the marked side skirts. And alone behind the rear wheels you can see the blue brake calipers typical of M Performance. However, the surprise comes at the back, adding two more exhausts compared to the current model. Four like BMW M modelsalthough they are somewhat more “decaffeinated”, and in line with those seen in the sighted prototypes of the also new BMW X1 M35i xDrive.

Despite the fact that the rear is very camouflaged, the pilots are slightly different from those of the current compact, with an upper section of the lampshade in white, a thin longer stripe that extends along the upper edge, so the headlights will offer a design similar to that of the last batch of models, as in the Series 2 Active Tourer. Like the compact MPV, the new M135i will also feature the new curved screen on the dashboard, occupying the instrument panel and multimedia platformbut with the graphics of the sports division of BMW M.

This will be the BMW 1 Series Facelift 2023, the Bavarian compact will receive news

The interior will offer a special atmosphere, but it will not come close to the level of the next-generation BMW M2 about to be unveiled. Nor in its engine, because the new M135i xDrive will continue retaining its block of four cylinders and 2.0 liters turbo, although we do expect a significant increase in the current maximum power of 306 hp. The change 8-speed sports automatic will be standard, as will xDrive all-wheel drive. Both the conventional versions and this special variant of the Series 1 will be world first in spring 2024going on sale in the second half of the year.