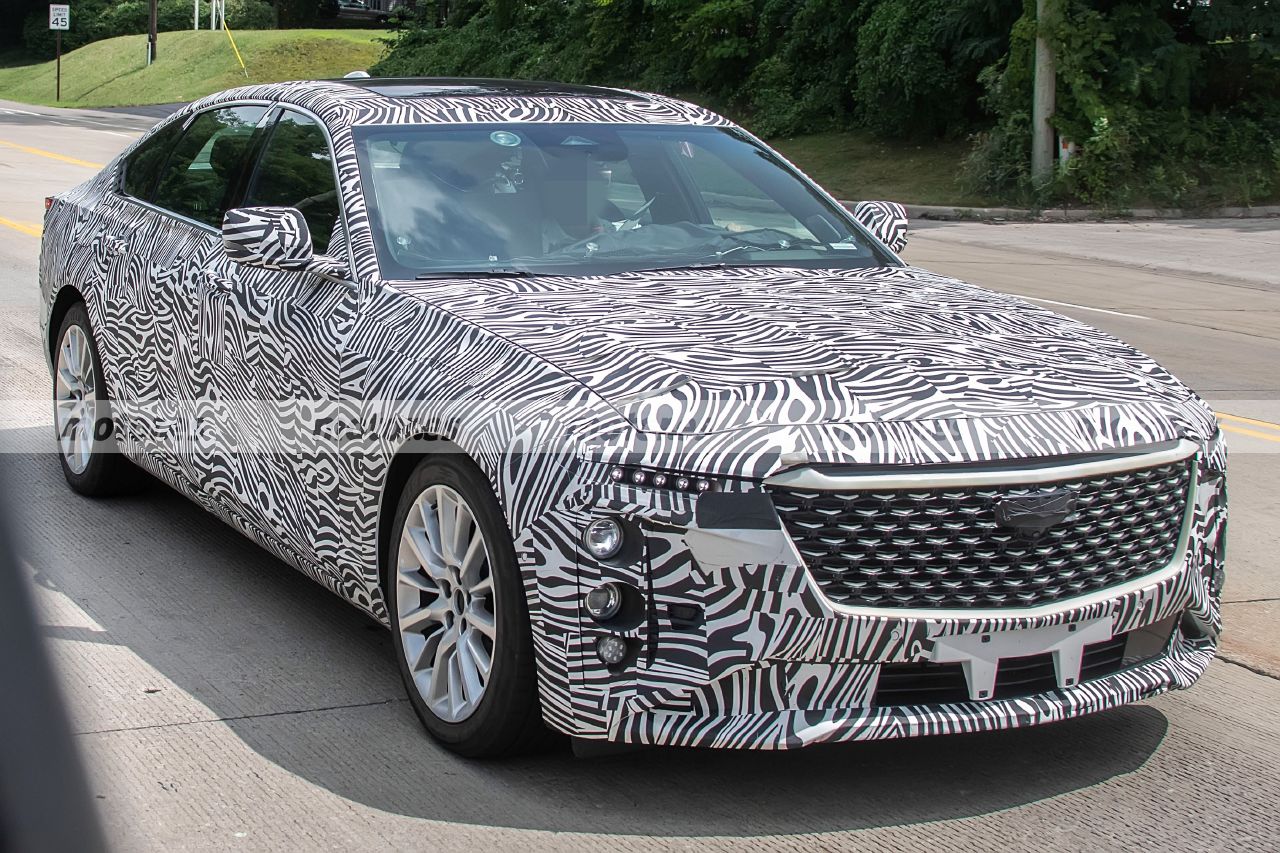 The new generation of the Cadillac CT6 is being developed in the United States, although the American luxury sedan will be sold in China. First sighted early last spring, the new model has shed much of its camouflage. Some interesting spy photos in which we can see its novelties more clearly.

Once again, and much lighter camouflage. This is how the second generation of the Cadillac CT6 in these new images, once again all in the vicinity of the brand’s headquarters in the United States because, despite the fact that it is being developed on the other side of the Atlantic, will actually be sold in the Asian giant by excellence. At the end of next year, the first units will arrive in China as a 2024 model.

these new spy photos are the most revealing to date, as the loss of camouflage is more than noticeable. Gone are the usual black canvases that cover much of the body of this Cadillac, and especially the key details of its design. Now, the vinyl shows the new features in a clearer and sharper way, such as the new headlights that, although still provisional, they are presented with a thin band of LEDs horizontally and also vertically at the ends of the bumper, flanking the large grille, the only production element on the front.

In the side view there is no big news, because in the first sighting we could already see this area, with a roof line that flows more strongly from the rear doors to the rear, alleviating the load on the C-pillar also thanks to a generous fixed window. At the back, the pilots are also temporary, but they reveal a new, more avant-garde shape inserted horizontally into the trunk lidjust below a thin spoiler on the edge.

Cadillac has also added a sportier touch to the rear with chrome exhaust trims. Unfortunately, for the time being it is not possible to take a look inside, which must take a significant leap leading the most advanced technology with large fully digital screensand in which he will make an appearance semi-autonomous driving functions of the “Super Cruise” system.

The new Cadillac CT6 2023 for China, hunted in spy photos in the United States

The new Cadillac CT6 will maintain its rear-wheel drive scheme, but based on a new global modular platform, the “VSS-R”. The offer will have two gasoline engines, one 2.0-liter turbocharged four-cylinder and powerful 3.0-liter twin-turbocharged V6 for a future sports version of the CT6-V type, the great novelty of this version that will abandon the V8 engine used until now. change will be 10-speed automaticoffering great efficiency.