Bullfrag
Home Technology Automobiles The new BMW X8 will be a leading SUV in exclusivity, performance... 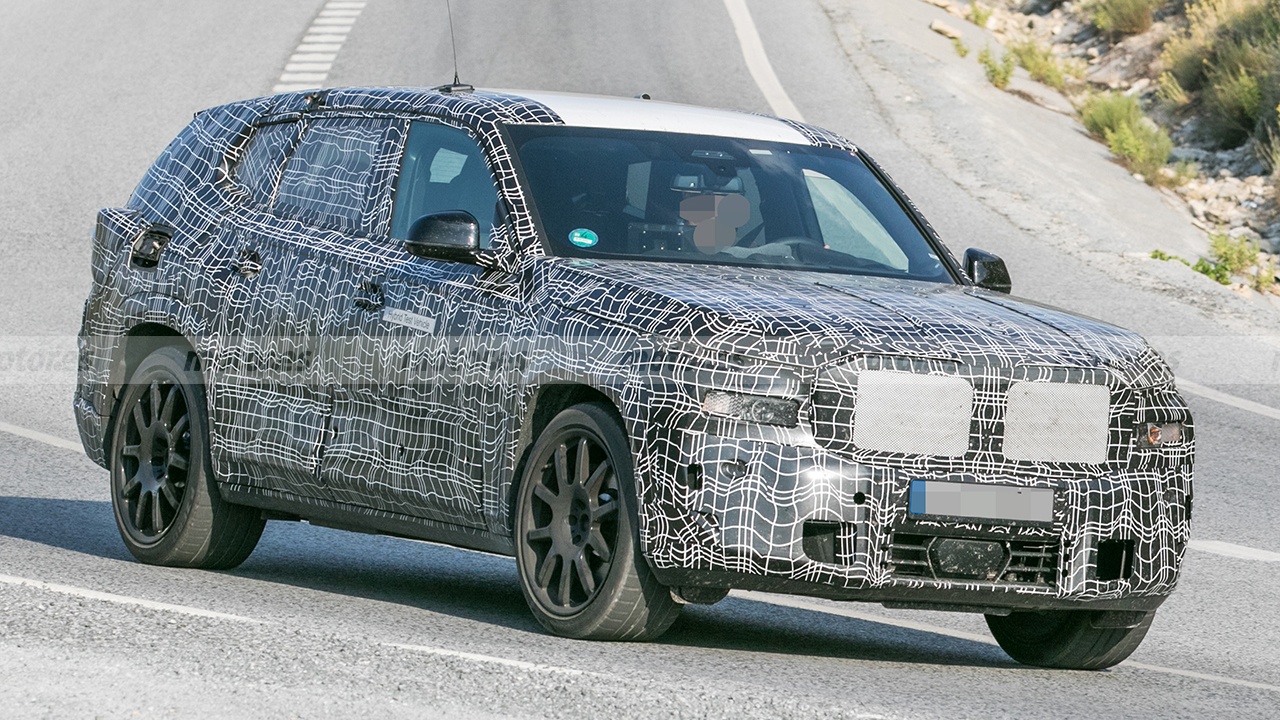 The development process for the new BMW X8 continues. The new BMW SUV will be a true flagship in terms of exclusivity, performance and electrification. A test specimen has been hunted in broad daylight. The model sighted is none other than the new X8 M45e with plug-in hybrid mechanics.

The BMW SUV range
it is going to be enlarged. The German manufacturer is aware of the role that SUVs are playing in the European territory. And in anticipation that this type of vehicle remains one of the “locomotives” driving new car sales, it will go a step further and introduce a true flagship. A very exclusive product as well as interesting. Its about BMW X8.

The development process of the new X8 is underway and proof of this are all the spy photos that we have been publishing over the last few months. It will be a vehicle that will position itself in terms of exclusivity, performance and electrification, as one of the leaders in its elitist category. Now, the engineers of the German company have moved their headquarters to southern Europe to carry out new tests with this future model.

The photographs that illustrate this article allow us to take a detailed look at a test vehicle of the BMW X8 M45e. And yes, as the brand itself indicates through an informational poster, we are faced with an electrified mechanical vehicle. The inscription ‘Hybrid Test Vehicle’ can be read on the front door panels. More specifically, it is a plug-in hybrid mechanics.

READ:  In the future, Tesla cars will talk to people By

BMW will show that it is possible to offer high performance and sporty focus through such a motorization, but it is also true that there will be room in the range for two conventional petrol engines. Now, we should not be surprised, and these alternatives come with 48-volt Light Hybrid Technology (MHEV) to reduce emissions as much as possible.

All versions will have an xDrive traction system. It is known internally with the code G09 and it will be equipped with the most advanced technology developed by the German firm. If the BMW iX is currently positioned as the electric benchmark of the BMW range, the future X8 wants to do the same among the SUVs that continue to bet on the combustion engine.

At the heart of the new X8 M45e will be a plug-in hybrid powertrain that will combine a six-cylinder gasoline engine with an electric motor that will allow it to far exceed the 400 hp barrier. Current information indicates that the total power will reach 500 hp. The signature of BMW M will be noted on many components of the vehicle.

When will it be presented? The debut in society is scheduled for the summer of 2022, beginning its commercialization shortly after. It is one of the great novelties that the company has on the agenda to celebrate the anniversary of its sports division.

This screen turns your Xbox Series S into a portable console