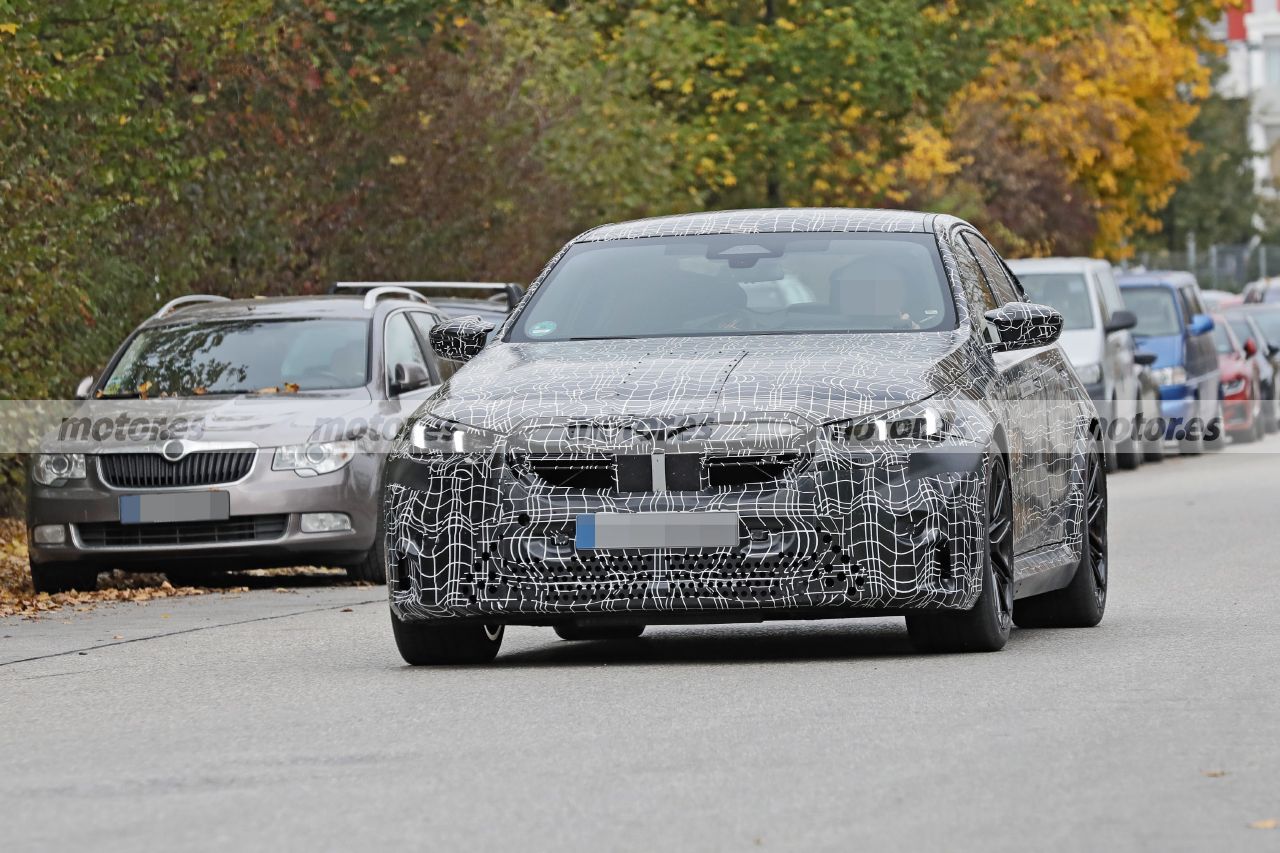 Giant leap in the prototypes of the new BMW M5 2024. The sports sedan already has the production headlights, also experiencing a significant loss of camouflage that reveals the extra aggressiveness that the second model with high-performance PHEV technology will offer.

These are the most revealing images of the new BMW M5 2024. The first time we can see the production body of the BMW M5 with the production elements, after losing most of the camouflage that has been hiding these parts during its development. A very important step forward that allows us to see much further.

The news spy photos They already show they already give a clearer sample of the level of aggressiveness that this new generation of the M5 will offer. Largely thanks to the assembly of the new, and fine, Full-LED headlights and to a bumper that is more defined, bulbous and more prominent, although the cooling surface that was exposed in the previous phase of the test program is now hidden.

The definition of the pieces is such that it can be clearly seen the outline of the ovoid grill, flatter and more reasonably sized than its older brother. The bulging wheel arches are now final, accounting for a greater width that reinforces the sportiness, and that contains some large alloy wheels. The front wing, as we have also seen from the beginning of its development, shows the cover that houses the battery charging port.

The four exhausts at the rear are also definitive and have a more than generous diameter. The new BMW M5 also features a fine spoiler on the edge of the boot lidcompleting the sporty image of this flagship of the new generation of the BMW 5 Series. The icing on the range will also inherit the sophisticated interior with the large curved screen occupying the dashboard.

Read:  The millionaire Bad Bunny pays to keep his Bugatti

The new BMW M5 will be one of the great novelties of the German brand in 2024. It will be the second model that the group will assemble plug-in hybrid from BMW, premiered in the BMW XM. The 4.4-liter biturbo V8 block associated with an electric motor placed on the rear axle and with a battery that will offer maximum autonomy in electric mode. The PHEV package will offer a combined maximum power of 650 hphaving “xDrive” all-wheel drive, locking rear differential and 8-speed sports automatic transmission.

iPhone production will drop 6 million due to protests in iPhone City, report